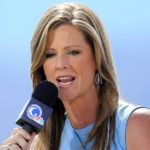 Former Golf Channel anchor and host Kelly Tilghman will join the CBS Sports broadcast team at next week’s first major of the season, the PGA Championship at TPC Harding Park in San Francisco.

Tilghman, who was at Golf Channel for 22 years before stepping away in 2018, tweeted the news on Wednesday.

She tweeted the news one day after Davis Love III tweeted he was leaving his role as an on-course reporter for CBS after less than a year on the job. Love said he wanted to spend more time with family and re-focus on his own golf game.

It’s unclear if Tilghman’s appearance at the PGA will be a one-off or something more, or if it’s related to Love’s departure. During her time at Golf Channel, Tilghman became the first female broadcaster to anchor PGA Tour action. She stepped away to spend more time with family (her daughter was 6 at the time), but she never ruled out a return to TV.