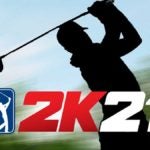 The cover star of PGA Tour 2K21 might surprise you.

It’s official, the PGA Tour is coming back to your video game platforms on August 21st, and with a young star on its cover: Justin Thomas.

Thomas was announced as the feature pro integrated within the highly-anticipated PGA Tour 2K21 Thursday. He will be joined by 11 other pros, who will be announced at a later date. The 12 Tour players will each represent a different challenge to gamers as they progress through the game’s “Career Mode.”

“Being chosen to be the first-ever cover athlete for the premiere PGA TOUR 2K game is a tremendous honor,” Thomas said in a press release. “I’m excited to join the 2K family and challenge players everywhere on the digital links.”

2K21 will also incorporate 15 licensed PGA Tour courses into the gameplay, an upgrade from single-digit amount of courses provided by recent golf video games like The Golf Club 2019 and Rory McIlroy PGA Tour. Take a close look at the trailer below for an idea of which courses will be featured. The very beginning makes it seem that Riviera Country Club will be among the courses available to users. Other courses featured within seem to be TPC Louisiana, TPC Deere Run, East Lake Golf Club, TPC Twin Cities, Innisbrook and TPC San Antonio.

The game is developed by HB Studios, the same developer as The Golf Club, which has existed as the go-to golf video game of recent years, following EA Sports dominant run during the 2000s with Tiger Woods PGA Tour. PGA Tour 2K21 will incorporate The Golf Club’s expansive course design function, which has led to thousands of courses designed online by gamers in past years.

“One of the things we focused our original pillars on was the authenticity and simulation of golf,” Shaun West, a senior developer of the game, said. “Really it just feels so natural playing our game. I’m not sure I got that experience playing some of the products of the past.

“Putting and on the green is one of the biggest areas that we stand out from games in the past. It’s been a punishing yet realistic experience for most people as they play through that part of the course.”

Producers like West have been working on the game four about 16 months now, and are excited for its public debut. One of the focuses in development was creating a platform where users can get involved socially. Online functions will allow players the option to team up with friends in real-life formats like alternate shot and four-player scrambles.

2K21 will be initially available on PS4, Xbox One, Windows PC via Steam, Nintendo Switch and Stadia. More announcements of courses and players will come in the next three months.