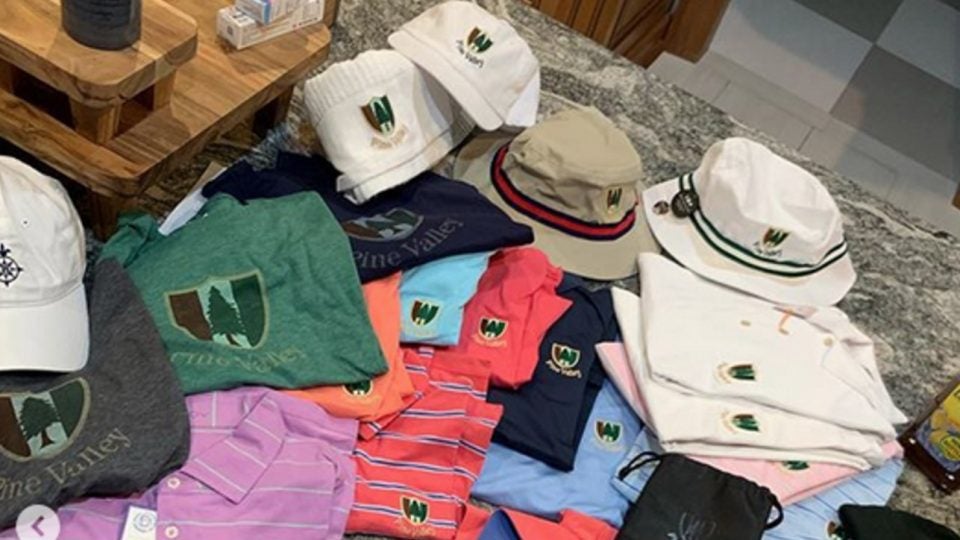 J.R. Smith did not shy away from buying just about everything from the Pine Valley pro shop.
Instagram/J.R. Smith

NBA player J.R. Smith has had a lot of free time on his hands lately. He only played 11 games for the Cleveland Cavaliers this past season as the franchise sought to find a new home for the veteran guard.

In the meantime, Smith was back in his home state of New Jersey on Wednesday playing golf at Pine Valley Golf Club for the first time ever with his brother, former NBA player Chris Smith, and former NFL wide receiver Freddie Mitchell.

After the round, the former NBA Sixth Man of the Year went off in the Pine Valley pro shop. From quarter-zips to polos to tee shirts to bucket hats and everything in between, Smith stocked up on pretty much every item possible. Having just made almost $15 million this past year, Smith had plenty of cash to spend. Have a look at the haul for yourself.

For the golfer looking to splurge without reason or limit on pro shop goodies, Pine Valley is a heck of a spot to do so. Now we wait and wonder what bucket-list course comes next.