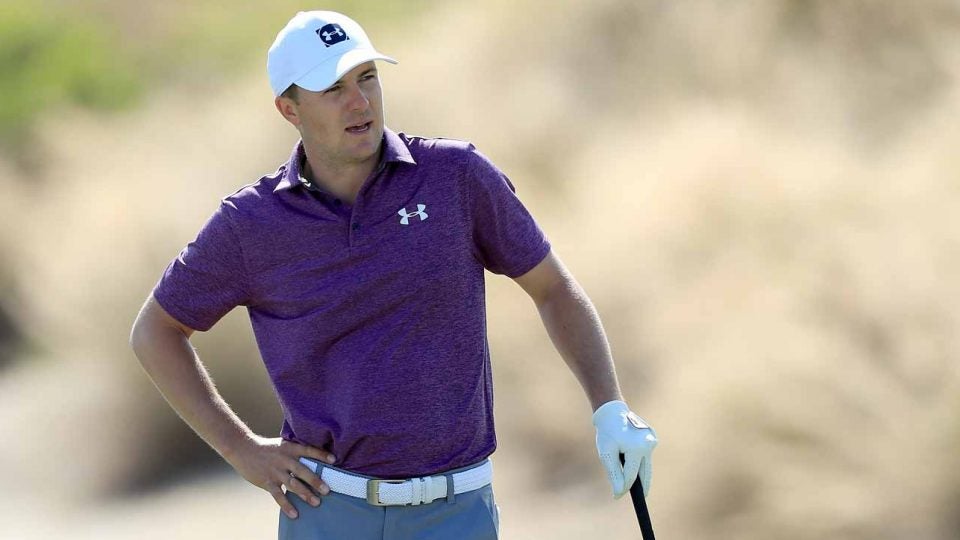 NEW PROVIDENCE, Bahamas — Anyone who has felt the loneliness of being left out of a group text should take solace knowing that Jordan Spieth feels the same way.

Spieth is off to a forgettable start at the Hero World Challenge, opening with 75-70 to find himself in a share of 14th place. He’s not terribly concerned about that, he said — he’s encouraged by his ball-striking and optimistic about his chances for 2020. But after his second round, Spieth addressed how it feels to be left off the U.S. Presidents Cup team in a particularly relatable way: he’s been left off the team’s group text.

“I’m probably out of a lot of group texts,” mused the 26-year-old. “All those guys in Florida play all the time together, so I don’t even know — it might all be the same group text. But it sucks because there was always good banter on those and I always liked the lead-in and the playing practice rounds together, preparing to be a team representing your country. It’s tough.”

Spieth is based in Dallas, but spent this weekend in Jupiter, Fla. hanging out with Rickie Fowler, Justin Thomas and a number of other Presidents Cuppers who call the Gold Coast home. The visit served as a reminder, he said, of the opportunity those golfers have to play frequent casual games with some of the best in the world — and inspired him to get back soon.

“It’s amazing what they’re able to do on a daily basis in South Florida, the guys that they can round together. It’s certainly an advantage, for them being able to do that every day,” he said. “After seeing that, it’ll be something that I’ll consider trying to go there in the winter months, maybe, as a place to practice and work.”

Spieth added that as much as he loves the off-course hangs and camaraderie, he’ll miss the on-course competition even more.

“When it’s being played without being there, that’s when I’ll probably be like, man, I took it for granted,” he said.

While Spieth will be pulling hard for the red, white and blue, he said he’ll probably keep himself busy to avoid watching too much of the coverage. “I’m sure next week will be tough for me at home. I’ll try and honestly just get away while the tournament’s going on because you never want to miss those events when you’ve kind of been a part of them for a number of years.”