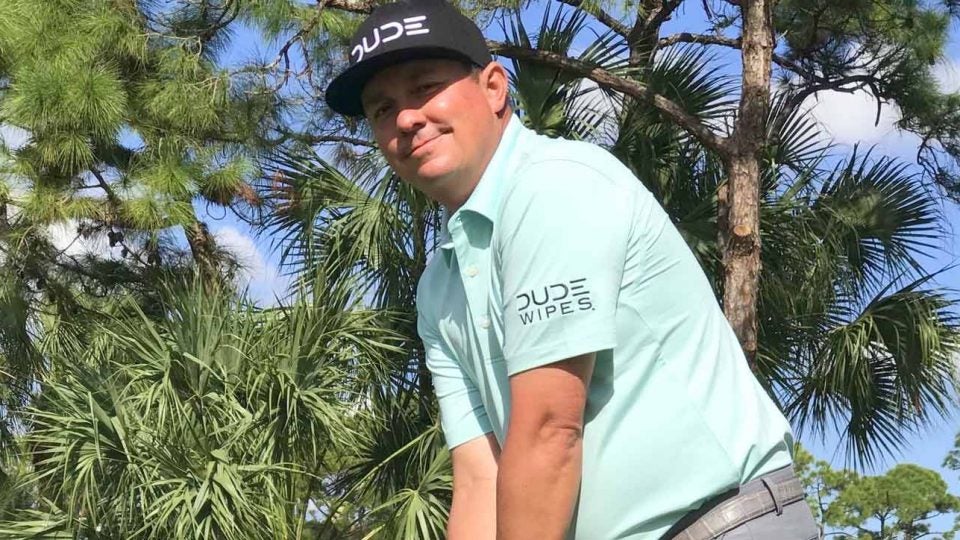 Jason Dufner tweeted this photo of himself with his new Dude Wipes hat and shirt.
@JasonDufner on Twitter

Jason Dufner’s hat sponsorship carousel last season drew a lot of attention, but now that carousel is screeching to a halt, at least for a while. Dufner recently signed a new, let’s say “untraditional,” sponsorship deal with a brand called Dude Wipes. But Duf’s new deal is getting a lot of attention in its own right.

So what the heck is Dude Wipes, anyway? It’s pretty much exactly what you would guess it is. The company’s primary products are flushable wipes for adults. If you’re still not getting picture, I’ll let the company describe the origin and purpose of the wipes for me:

“Back in the day, we always hated using toilet paper, the stuff stinks. We believed life should be better—something had to be done. So we went to work, creating DUDE Wipes out of our apartment. Soon the DUDE movement was born, with flushable wipes for on-the-go and at home sh–uations.” 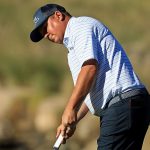 Dufner announced the deal via a tweet on Wednesday, which you can see below. Based on the accompanying photo, it looks like Dufner will be wearing the “DUDE” logo on his hat with another logo on his left sleeve.

As mentioned before, the new sponsorship means Dufner won’t have to change his hat logo every week, as he did last season. In 2018, Dufner had no active sponsorship for his hat. While he waited for the right deal to find him, he came up with a creative alternative: short-term hat deals specific for each tournament.

Essentially, the veteran pro signed multiple small deals to wear a company’s logo on his hat for one week. You can see a selection of those here.

Dufner, who won the 2013 PGA Championship, has five PGA Tour victories in his career. We should get our first look at his new revenue-generating headwear this week at the Sony Open in Hawaii.