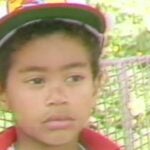 Some people need air and water to live, others need their jobs, their families, their friends.

He has as professional, as an amateur, as a rising college and high school star — even as a toddler.

Tiger, HBO’s new two-part documentary retrospective on Woods, draws back the curtain on Woods’ childhood. Much of Part 1, which debuted Sunday, chronicles Tiger’s nascent years, leaning on archival interviews from his parents, Earl and Tida.

“The level of concentration at that age was off the chart,” Earl says in one interview. “At 10 months I unstrapped him out of his high-chair one day, and he walked over, sat up, and hit the ball. I said, ‘Oh my god, I’ve got something special.’”

Later, Earl describes the painstaking (and hilarious) process of trying to feed Tiger as a toddler.

In Earl’s recounting, little Tiger would refuse to eat if it distracted him from watching his father practice in the garage.

“He’d watch me hit balls into a golf net, he was totally immersed in that activity,” Earl said. “So much so that he had to be fed in there, because when my wife would try to take him out of the high-chair to feed him, no way, no. He said, ‘Uh-uh.’

“And he’d go like this, between shots,” Earl continued, pretending to be a youngster being spoon-fed before quickly swiveling his head back to watch his father. “It was beautiful to see.”

Tida also shines a light on toddler Tiger’s golf obsession, saying her son was way happier at the golf course than he was at a playground.

There you have it. Before Tiger Woods could sleep through the night, before he’d had solid food, he had the golf bug.