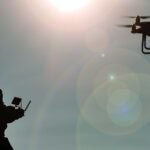 Drones and other remote-controlled aircraft can help scare off birds.

Just as guest policies differ from course to course, pest policies vary widely, too. While most clubs use conventional means to rid themselves of all kinds of varmints and vermin, some properties employ more creative measures.

We asked a group of superintendents about the inventive steps they take to keep unwanted creatures off their courses. Here are 6 of the most unusual.

With all due respect to Carl Spackler, dynamite is no way to deal with gophers. But as the superintendent of Desert Canyon Golf Club, in Arizona, Matt Guilfoil wasn’t big on using traps or poison pellets, either. So he’s now trying a different tack.

In November, Guilfoil adopted eight barn owls from a local raptor rehabilitation center, and installed owl boxes for them on the course. Over the past two months, he hasn’t seen much of the birds, which do their work nocturnally (when gophers also happen to be active). And Guilfoil says it’s still too early to tell what impact they are having on his plentiful gopher population. But he’s hopeful.

As evidence, he points to a local school where a gopher infestation was undermining the foundation of the gymnasium. Owls were brought in recently, and the gym was saved. Guilfoil believes that they will also be good guardians of his fairways and greens.

Greenkeepers hate grubs. Not only do grubs eat grass roots and crowns, leaving desiccated patches in their wake, they also attract predators, such as crows, which tear up turf in their search for the bugs. What’s more, Guilfoil says, because they live in the soil itself, grubs can be tough to detect until you see the damage they have done.

At his previous job caring for another course, though, Guilfoil relied on an early indicator: javalinas. The wild boar-like animals feast heartily on grubs, so when Guilfoil saw signs of them rooting around, he knew where to target-spray for the bugs.

“The javelinas know the grubs are there before you do,” Guilfoil says. “So they can help you get ahead of the problem.”

3. Drones and falcons as bird control

As the superintendent of Rio Verde Country Club, in Arizona, Dan Cutler no longer curses daily at coots and pigeons. But at his previous gig, in Indian Wells, both birds were a constant source of aggravation. The solution: a remote-control airplane to scare the coots from the greens and fairways, and a falconer to handle the pigeons. Drones can also be handy. Bye-bye, birdies. And no more messy nuisance around the clubhouse.

Remember that old lady who swallowed a fly? She was onto something. Using critters to eat critters can be both eco-friendly and effective. Consider the goings-on at Broken Sound Club, in Boca Raton, Fla., which, under golf course maintenance director Shannon Easter, has earned national recognition for its environmental stewardship. Among other green amenities on the grounds (beehives, bird houses, butterfly gardens), Broken Sound has 27 bat houses, comfy dwellings for radar-guided feeders, to help control the population of mosquitos, midges and other tiny, irritating winged things.

While bats patrol the skies over Broken Sound Club, little fish patrol its waters. Every year, Easter and his staff stock the ponds with millions of Gambusia minnows, which are also known as mosquitofish. You get the picture. Mosquito larvae make up their favorite meal.

6. Natural oils instead of pesticides

Working with an eco-minded pest control company, Easter has tested a range of natural products to combat black flies, mosquitos, midges, ants and other bugs. The solution he’s arrived at is a medley of natural oils, which he applies in a target fashion with a fogging machine. The approach has been so effective that Easter also uses it around his home, which is close to both the ocean and the intercostal waterway: bug central.

“It used to be when the sun went down, you had to go inside because the mosquitos and the no-see-ums were just too much,” Easter says. Now that he sprays around his house about once month, “I might see one mosquito per night.”