Here’s what you missed from Round 3 of the U.S. Women’s Open 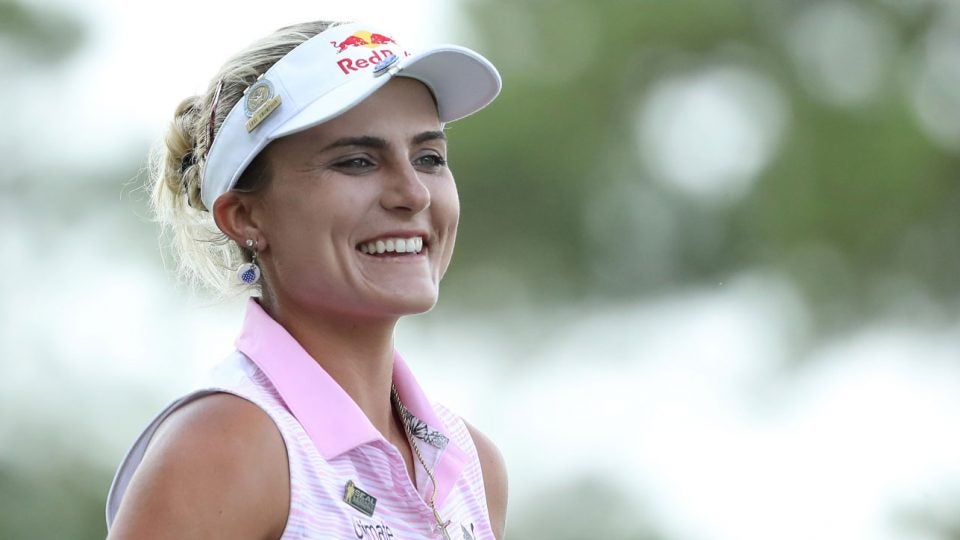 Lexi Thompson is in position to make a run at her second career major championship on Sunday.
Getty Images

Moving Day made things very interesting in Charleston at the 74th U.S. Women’s Open. China’s Yu Liu and France’s Celine Boutier share the lead at seven under par, but Lexi Thompson is only one shot back, and in prime position to make a run at her second career major championship.

Here’s everything you missed from Saturday’s action at the Country Club of Charleston.

Each round keeps getting better for top American Lexi Thompson. The 24-year-old star has been under par for three straight rounds — 70, 69, 68 — and is only one shot behind leaders Yu Liu and Celine Boutier.

.@Lexi understands what moving day is all about! #USWomensOpen pic.twitter.com/7HFKSOKQLR

A win on Sunday would mark Thompson’s second career major championship. Her maiden major was won at the 2014 Evian, and she has notched T-8 or better finishes in each of the other four LPGA majors.

“I’m just going to go out into tomorrow with the same game plan as I did the last three days’ play,” she said after her third round. “Play to my strengths and focus on doing my routine, committing to my lines, and just what I’m working on in my golf swing. Really, that’s all I can do.”

There are over a dozen players who are within five shots of Yu and Boutier’s lead. Thirty-six hole leader Mamiko Higa is just one shot back after a third-round 71. Jessica Korda is three shots back, and World No. 2 Minjee Lee and 2011 U.S. Women’s Open champ So Yeon Ryu are four shots back.

With all those illustrious names in contention, Sunday’s final round is sure to be a good show.

News
At the U.S. Women’s Open, players refuse to let Haney’s dismissive comments get them down
An amateur was penalized for slow play

Twenty-year-old Stanford amateur Andrea Lee was assessed a one-stroke penalty for slow play during the third round. She is currently the second-ranked amateur in the world, and shot a third-round 79, which is currently 66th on the leaderboard.

Maria Fassi first grabbed headlines this year during her head-to-head battle in the final pairing at the Augusta National Women’s Amateur in April. Fassi didn’t win that day, but she showed grit and earned a lot of fans. Less than two weeks later, the senior at the University of Arkansas won her conference tournament. This week, she is making her pro debut, and on Saturday her resilience was on display once again. Fassi woke up early to finish her storm-delayed second round, made the cut on the number, then went right back out for Round 3 and shot a 68. She’s currently T-22.

.@MariaFassi0 with some ? heading into Sunday at the #USWomensOpen after a great moving day! pic.twitter.com/abcZx9BSIm