The best way to get to the 2019 PGA at Bethpage Black? Helicopter 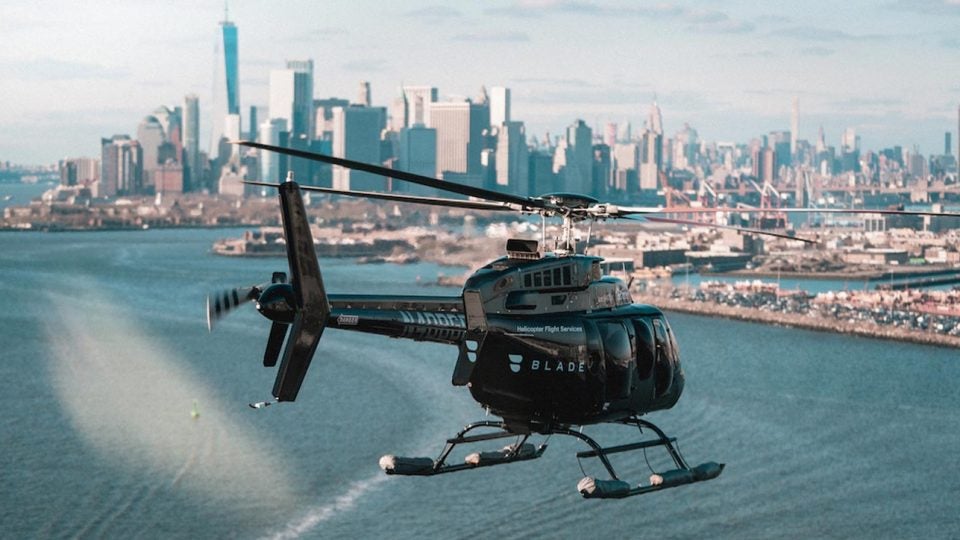 Blade is one of the companies offering helicopter rides to and from the 2019 PGA Championship at Bethpage Black.
Courtesy of Blade

For golf fans familiar with Long Island traffic, the 2019 PGA Championship at Bethpage Black presents a problem. The good news is there’s a way to get to Bethpage State Park to catch a glimpse of Tiger Woods’ quest for 16 majors while skipping the traffic altogether: helicopter.

The PGA Championship is teaming up with Bell Helicopter, in coordination with Zip Aviation and Blade, to offer helicopter rides to and from the second major of the year.

Cost of helicopter rides to Bethpage

While these helicopters will be occupied mostly by corporate executives and other high-rollers, the costs are not completely prohibitive for a lesser mortal who wants to make this PGA Championship a once-in-a-lifetime experience. One seat for a one-way trip to Bethpage Black from the New York area will run you about $350-$500.

Zip Aviation and Blade are splitting duties to cover a total of eight departure locations.

Blade is offering helicopter rides to the PGA from locations in Westchester, N.Y., Morristown, N.J., and Manhattan. A seat on a Blade helicopter will cost you $495 one-way during the tournament.

Zip Aviation, on the other hand, will fly passengers via helicopter from three spots in New York (W 30th St., W 34 St., and downtown Manhattan) in addition to two in New Jersey. You can rent an entire helicopter for you and up to five friends for a cool $4,276 for the round trip ($2,138 one-way).

The fastest way to the Bethpage PGA

While it’s the most expensive way to get to Bethpage Black, a helicopter ride is also the fastest way you can get to the PGA Championship. Bethpage State Park lies 40 miles away from Manhattan. While that may not seem like a great distance, the trip can take well over an hour (or much longer) with traffic. And you can be sure that there will be significant traffic during PGA Championship week May 13-19.

But if you were to fork over the cash for a helicopter ride, the journey will take you a breezy 20 minutes.

Traffic on the way to Bethpage will be a problem

Most of you aren’t ready to spend that on a helicopter, of course. It that’s the case, then be sure to prepare well in advance for extensive traffic (unless, of course, you have a massive  yacht to take like Tiger Woods).

Traffic is often an issue for major championships held on Long Island given is geographical location and the enormous amount of people who live in the area. Last year, extensive traffic frustrated fans and media alike as they made their way to and from Shinnecock Hills for the U.S. Open. The silver lining: Shinnecock Hills is significantly further east on Long Island than Bethpage, which should save everyone a lot of time and trouble.