From the Mag: Catching up with Al ‘Bessie’ Besselink 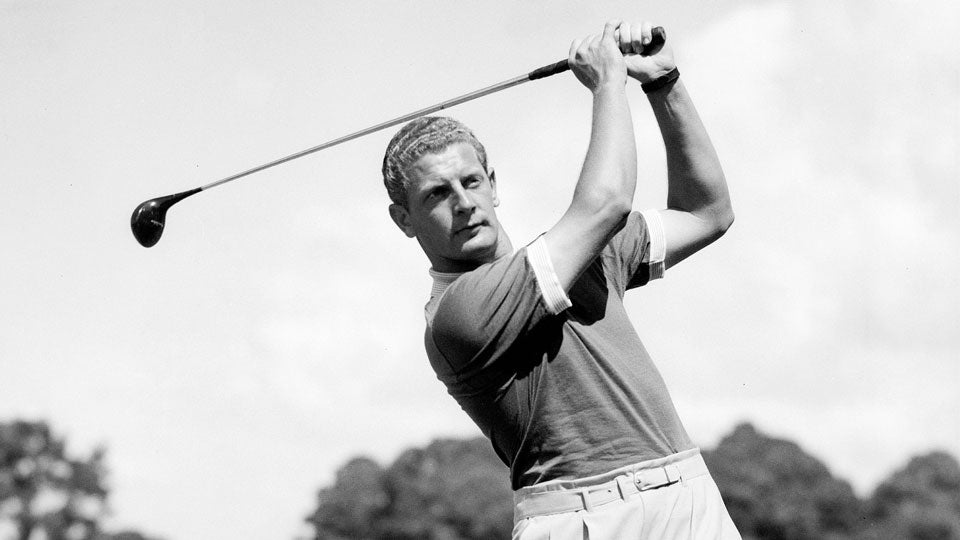 Many years ago, in some tab somewhere, a headline read, “Bessie Swings Off the Course Too.” In the 1950s, Al Besselink was one of professional golf’s glamour boys, tall, athletic and handsome. He had a great head of hair and dated movie stars. Dustin Johnson times 10. He won tournaments big and small and was the first winner of the Tournament of Champions, in 1953. This was long before they were handing out free money at Kapalua. The event was in Las Vegas, at the Desert Inn, when it was run by the Cleveland mob. A lost world.

The Tour went corporate in the 1980s, but once it was populated by big personalities and men with deep pockets. There aren’t many players left who would remember Bessie in his prime. There’s Arnold Palmer and Bob Toski and some other holdouts from a tough, windblown generation that’s going fast. Frank Stranahan died in 2013. Fred Hawkins died in 2014. Billy Casper died last year. They were a band of gypsies and all knew each other. Palmer likes to tell the story of driving behind Besselink somewhere between Baton Rouge and Pensacola and seeing sparks fly as Bessie used the highway beneath him to grind a wedge.

My friend Mike Donald, the former Tour player, and I recently went to visit Bessie, now 93, in a one-story nursing home in Miami. It was late morning and Bessie was sitting in a wheelchair in a lounge beside a woman in a sleeping gown who rested her tiny, frail head on the table before her. Bessie still has a great head of hair, and it was beautifully combed, but there was nothing but a hole where his left eye used to be. “Old age ain’t no place for sissies,” Bette Davis once said.

Bessie is a longtime habitué of the South Florida golf scene, as is Mike. Bessie saw Mike and said, “Hey, pal!” But I was not certain Bessie recognized him. A nurse’s aid with a lilting Caribbean accent wheeled Bessie out to a courtyard and Bessie said to her, “Gimme a kiss.”

Not surprisingly, some of his moments were more cogent than others. When we asked him who he thought was better, Hogan or Snead, Bessie said, “What’s better, chocolate or vanilla?” When we asked him about Tiger, he said, “I was acquainted with Tiger. I adore him. One of the best there ever was.” He remembered that Joe Louis could shoot 72 but no lower and that the champ called Hogan “Mr. Ben.” The Masters became the Masters, Bessie explained, because Augusta “treated the players first class.” He said the Tour today “should be very proud of the men they put on the front page.” Doug Sanders, he said, surrounded himself “with the most lovely girls in the world.” Such an excellent use of the word lovely.

Bessie was famous for his wedge play and warmed to the subject. “A wedge has to have the right loft, the right grip size, the right swing weight, the right shaft,” he said. A banyan tree stood nearby doing nothing but making shade on a warm and humid day. High noon came and went. “You have to try 10 wedges before you find the right one. I wanted a wedge that I thought respected me.”

Somehow, we went from wedges to wives. I asked Bessie how many times he was married. “Once, twice, three times? I don’t know. I never kept score. Wives were like wedges.”

He wore a pair of black FootJoy teaching shoes, in good shape, but the untied laces were in only half the eyelets. When Bessie won the Joe Louis Invitational in Detroit he gave the heavyweight a brand new pair of FootJoys. They were both 12Ds. Louis told one of his minions, “Give the boy 200 bucks.” Bessie was the boy. A gambling golfer that Bessie knew well, George Low, liked to say, “I came into this world with nothing and I’m leaving with a pair of FootJoys.” Al Besselink would say about the same, no complaints.

When Bessie was in his late 70s, Mike and I once joined him at the back of the range at Miami Shores, hitting wedges. Bessie watched me hit a good one, turned to Mike and said, “This sumbitch has got some hands.” Considering the source, no lie has ever brought me more pleasure.

At the nursing home, Bessie told us he had to use the gents. I placed his FootJoys on his wheelchair’s stirrups and Mike wheeled him in. In a hallway, Bessie said hello to a fellow resident, also in a wheelchair. The man was once a golfer but that was when he had legs.

Pointing to the back of Bessie’s wheelchair, I said to the man, “Did you know he used to be a great golfer?”

He knew the answer, as do we all.