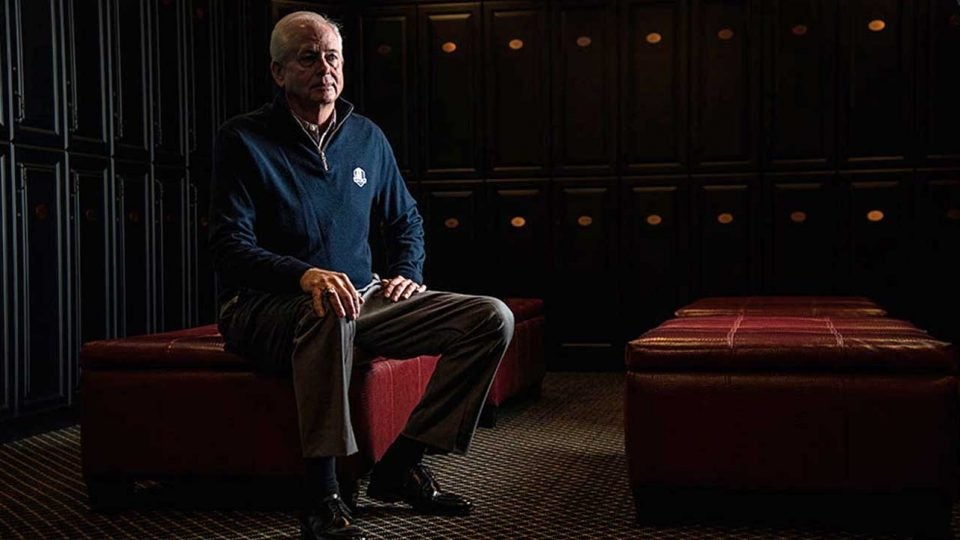 In this line of work, you get a lot of press releases. Within the past few days or so, there was one from CBS Sports regarding its broadcast lineup at Riviera. Somebody named Jimmy Shapiro sends out golf gambling odds once a week. Golf courses get opened with ceremonial first shots and ceremonial emails. Last Thursday, the PGA of America revealed that Derek Sprague, a former president of the PGA of America, will be the captain of the American team of this year’s Junior Ryder Cup. Sprague’s a nice man and he’s worked hard and golf has taken him far. He’s the general manager at TPC Sawgrass.

The first person I thought of when I saw that press release was Ted Bishop, the activist PGA of America president who was ousted from his pro bono position for one poorly considered tweet. He lost various privileges when he was voted out, with a month left in his presidency. I wondered if that Junior Ryder Cup captaincy was one of them. It was Bishop who pushed for Tom Watson to be named as the 2014 Ryder Cup captain.

In the aftermath of that Ryder Cup, when Watson’s team got trounced in Scotland, Bishop, responding to an Ian Poulter tweet that was critical of Nick Faldo, offered this return-of-serve: “Faldo’s record stands by itself. Six majors and all-time RC points. Yours vs. His? Lil Girl.” 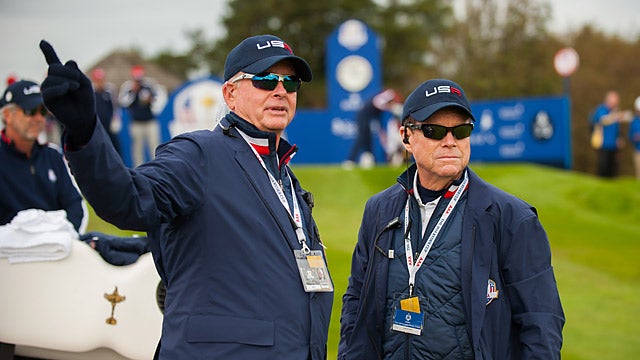 Had Bishop’s final two words been “Child’s Play” you’d be reading something else.

Later that day, I received an unsolicited email from Bishop. It contained a copy of Sprague’s announcement and a five-word commentary: “Would have been my team.”

I feel for Bishop, who, as president, tried to fight the USGA on its proposed ban on anchored putting. He was a lightning-rod president, by the cautious standards of the office. His only crime, as best I could tell, was enjoying the spotlight too much. I know what Bishop would do to withdraw those two words from his life. I know how those two poorly chosen words gnaw at him daily. They diminished his status in his peer group. They made him question himself. They changed the course of his life.

Life is nothing without perspective. In recent years, Bishop’s wife and one of their daughters endured cancer treatments. He remains close to Tom Watson and was close to Watson’s wife, Hilary, who died last year after a long cancer bout. The public golf facility he manages, the Legends Golf Club in Franklin, Ind., had protracted financial problems. (It’s faring much better now and has, interestingly, a female head pro.) Bishop has seen life’s curveballs.

Over the past half-decade, almost obsessively, Bishop, still a dues-paying member of the PGA of America, has appealed to the leadership of the organization trying to get back two of his rights that he lost when he was impeached: the right to vote in the PGA’s annual meeting and the right to hold a national PGA office. A privilege, like being a Junior Ryder Cup captain, he wouldn’t even think of asking for.

The most recent letter Bishop received from the PGA of America, in late January from one of the association’s lawyers, contained this choice phrase: “We communicated to you on multiple occasions.” Starts like that never have happy endings. Another communication by which Bishop was informed that nothing in his status has changed or will change. (The PGA of America declined to discuss Bishop’s situation with GOLF.com.)

“When I read that letter there was almost a sense of relief knowing that this was full-blown closure,” Bishop wrote to me. “Life is full of different stages and I am certainly in a different one than I could ever have imagined but it’s a good place to be!”

I am suspicious of the exclamation mark Bishop used in conclusion but Twitter has debased that piece of punctuation, too. What endures today and always will is the power of acceptance and perspective. You hope for Bishop’s sake he has both here.

The 2020 Junior Ryder Cup, the 12th edition of the event, will be held at Blue Mound Golf and Country Club, near Milwaukee, on Sept. 21 and 22. Over the years, Rory McIlroy, Tony Finau and Jordan Spieth have all competed in the event. So have Suzann Pettersen, Carly Booth and Lucy Li. The rosters have an equal number of boys and girls. The PGA of America’s leadership values female participation in the game. Bishop does, too. He has two daughters. They followed their father into the golf and work in the game today.