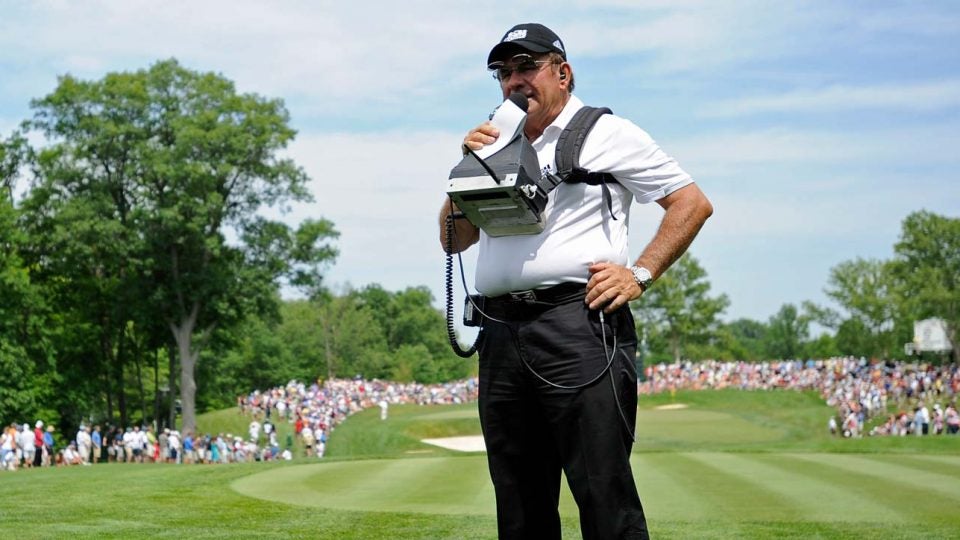 Peter Kostis was always one to tell it like it is during his 30-year golf broadcast career. That hasn’t changed in his post-TV career. In a tell-all interview with No Laying Up, Kostis held nothing back regarding the controversial end to his career as an on-course announcer for CBS, particularly the role he says the PGA Tour had in CBS not re-upping his contract.

Kostis — along with fellow CBS mainstay Gary McCord — were informed in October their contracts with the network would not be renewed. Kostis believes the decision was largely motivated by pressure from the Tour.

“The Tour wants more control over what’s being said,” Kostis said. “I think they want more cheerleaders on the telecast.”

Kostis alluded to a winner’s interview he conducted with an unidentified Tour rookie to illustrate the Tour’s influence on broadcasts. He congratulated the player and asked his thoughts knowing he had a spot in the Masters in addition to his two-year Tour exemption. Kostis said CBS executives called him following the tournament — after Tour commissioner Jay Monahan had called CBS to complain about Kostis’ line of questioning — and was reprimanded for neglecting to mention the FedEx Cup.

“The commissioner was upset that I didn’t say first off that he had won 500 FedEx Cup points,” Kostis said. “And he didn’t want me talking about majors.”

CBS Sports did not immediately respond to GOLF.com’s request for comment. The PGA Tour had no comment.

Kostis said he continued to ignore the FedEx Cup in his post-round interviews with winners. As the season wore on, he said he was phased out of his role.

Kostis, who is 73, speculated that the Tour also applied pressure on CBS to “get younger” with their golf broadcasters.

“I think the Tour was looking, as I was told, they wanted the announcing crew to get younger so younger players could be able to relate to the announcers and vice versa,” Kostis said. “I don’t agree with that in any way shape or form, but I think that was the initial catalyst for everything.”

There have been few answers for Kostis on the reasons for his dismissal. Kostis claimed he still hasn’t received a straight answer from CBS.

“I asked [CBS Sports chairman] Sean McManus why he was doing it,” Kostis said. “He said, ‘We just feel like things have gotten a bit stale and we want to go in a different direction … He denies it now, but that was the exact quote.”

CBS pushed for Kostis to work through the Waste Management Phoenix Open so they could give him a proper “retirement” send off. Kostis said he declined the offer for a few reasons, one being that he wasn’t retiring, but rather being pushed out.

“I got the feeling that it was more about saving face for them than trying to do something nice for me,” Kostis said.

You can listen to Kostis’ complete interview with No Laying Up here.