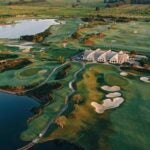 As the majority owner of Quail Valley Golf Club in Vero Beach, Fla., Kathy Mulvey has few peers. But taking on the role of club CEO was a position she never envisioned for herself.

Kathy’s husband, Steve, started the golf club with his partner, Kevin Given, and 30 other founding members in 2002. Two other significant acquisitions soon followed: The River Club, a 43-slip marina that also features, among other amenities, overnight lodging, tennis, a fitness center and spa and multiple dining outlets, opened in 2003, followed by The Pointe, a 47,000-square foot club with an additional 11 overnight units and a signature restaurant overlooking the Florida intracoastal waterway, in 2014. The three properties serve 315 golf members and 750 social members.

When Steve Mulvey passed away in 2017, Kathy said she realized she had two choices: sell the club, or keep it.

“Selling was never really a consideration,” Kathy said in a recent phone interview. “Because I already had a dynamic management team in place.”

That team included Steve’s original partner, Kevin Given, who remains at the club as a managing partner.

“I have the greatest team members that really love working here and they were all behind me,” Kathy said. “And truly, we’re like a family.”

Kathy has been around country clubs for her whole life and is an accomplished golfer, with 11 club championships at storied Westchester Country Club on her resume as well as eight club championships at Quail Valley. It’s that player’s perspective — coupled with her newly-acquired knowledge of how things work on the operations side — that Kathy says has been really valuable to her.

“I think it’s a unique blend to have the understanding of being a member of a club and also being part of the operations side of a club,” Kathy said. “It truly helps in all the decisions that you have to make for the benefit of the membership.”

Quail Valley has gained a reputation as Florida’s crème de la crème club, evidenced by a waiting list that is six-and-a-half years long.

“Our big motto is, how do we get to yes?” Kathy said. “If a member asks you a question, we want all of our employees to focus on that.”

In addition to providing a premium member experience, charity is also of the utmost importance to Kathy and her membership, with over $10 million raised for children in Florida’s Indian River County.

So what’s next for the club? Renovations to the existing 30,000 square-foot Shinnecock Hills-style clubhouse just began, and Kathy is looking forward to opening “The Covey,” a seven-hole par-3 course designed by Tommy Fazio, which is slated to make its debut this summer. Kathy says she’s hoping the short course will encourage more juniors to take up the game.

“Quail Valley wants to do its part in promoting junior golf as well as women’s golf,” she said. “I’m very excited about Quail’s future.”