The 30-second guide to the Dell Technologies: Who won, best quote, worst shot 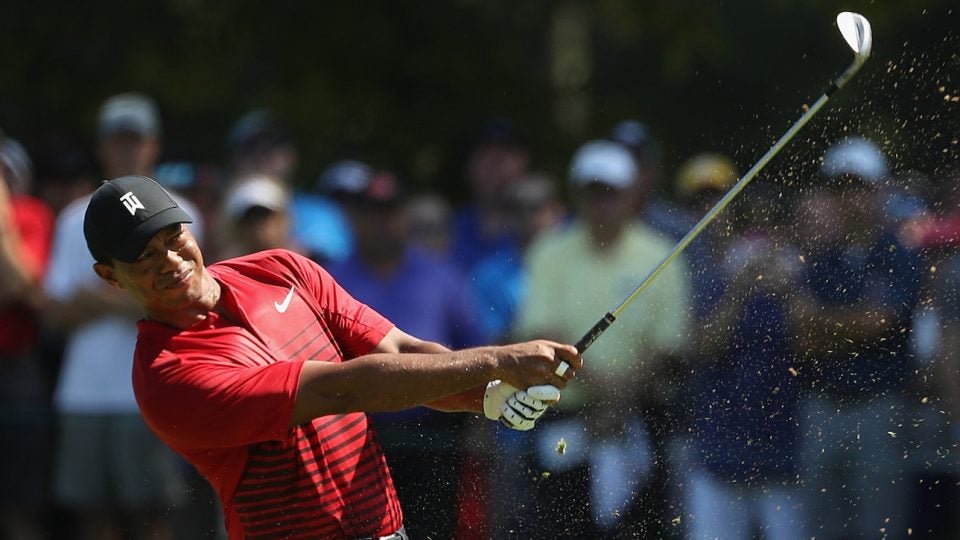 Tiger Woods plays a shot on the first hole during the final round of the Dell Technologies Championship at TPC Boston.
Getty Images

It took four long days to finalize the results of the Dell Technologies Championship, but it just takes a few minutes to learn what happened. In keeping with our age of short attention spans, we’ve distilled the action to a list of bullet-point essentials.

Why it matters: With his fourth PGA Tour win, and second consecutive playoff victory, DeChambeau firmed up his grip on the FedEx Cup lead and—it would appear—all but sealed his place as a captain’s pick on Jim Furyk’s 2018 Ryder Cup team.

Who won without winning: Tony Finau, whose T4 marked his 3rd top-10 finish in his last four events, further strengthening his own Ryder Cup case.

Best closing round: Phil Mickelson, who notched 9 birdies on his way to an 8-under final round 63.

Most optimistic post-round quote: Phil Mickelson, who noted, “Not only did I find something, but it’s something that is going to be a key factor for years to come.”

Whither Tiger: The world’s most closely scrutinized golfer closed with a even-par 71 to finish T24, a long way from a win but good enough to keep him in the (distant) playoff hunt.

Best reaction to a shot: Tyrrell Hatton, who flashed a sarcastic thumb’s up sign at his ball after it lipped out on the 18th hole, a fitting end to a frustrating 2-over-par day.

Worst shot when it mattered: Cameron Smith, who needed birdie or better to have any hope of catching DeChambeau but wound up making bogey after chunking his approach into the hazard on the par-five 18th finisher.