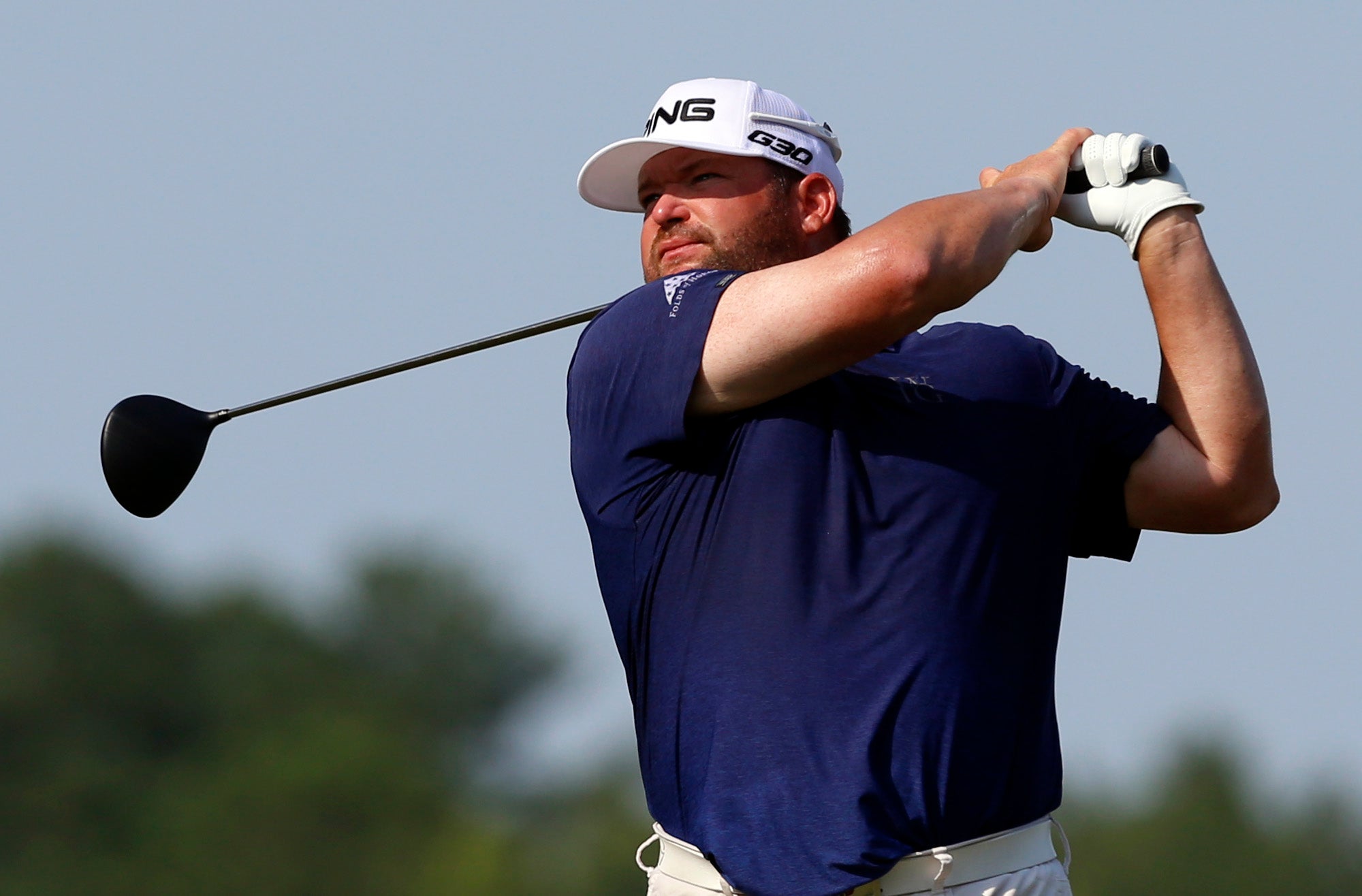 Jason Gore tees off on the 18th hole during the first round of the Barbasol Championship.
AP Photo / Butch Dill

The PGA Tour veteran sounds off on battling Tiger then and now, his bizarre bounce into the drink and being a guitar hero (move over, Hendrix!).

Don’t play leap-frog with a unicorn? [Laughs] Be yourself. Always be yourself, and treat people the way you’d want to be treated.

At what moment in life did you realize, Hey, I’m good enough to play on the PGA Tour?

You mean last week? No, probably my freshman year in college [Pepperdine]. I grew up playing against Tiger and he just beat my brains in every week, so you never thought you were good enough. But probably around my senior year of high school or freshman year in college. I knew I wouldn’t be smart enough to do anything else, so I just had to hit more balls and hit more putts.

What was it like playing alongside Tiger at the Wyndham in August, where you finished second and he was in contention for awhile, compared to back when you came up together?

He’s still great, I don’t care what anybody else says. I think for once I can say that he just has to believe he’s great again. It’s always great to compete with him. I think that’s the first time I’ve beaten him in a tournament. I mean, besides junior golf. I may have clipped him by one once there.

What’s the strangest thing you’ve ever seen on a golf course?

I’ve seen a ball hit a pin, hit another ball on the green and then go in the water — that was my ball! Jackson, Miss. Three years ago, I think. I hit 9–iron, I hit the pin. J.J. Killeen had hit it to like four feet and my ball came down and hit his ball, and my ball went in the water. That sucked.

What is your greatest possession?

My family, if you can call them a possession. That’s all that really matters; everything else is just stuff.

You’re writing the story of your life. What is the title of your book?

Titanic? Jeez. I have no idea. That’s a good one.

If you weren’t a professional golfer, what would you have liked to have done with your life?

Rock star. For sure. I’ve got the moves down to be a great guitar player. I’ve got the leg kicks and everything; it’s awesome. I just don’t have the licks or the talent.

If you could see any music act from any period, front row,  who would it be?

Jimi Hendrix. I’m a guitar guy. I mean, I’ve seen the modern greats — what I consider great — like John Mayer [and] Slash, and I’ve always loved to watch Keith Urban play. I would love to see Hendrix, or Chet Atkins. Two guitar masters.