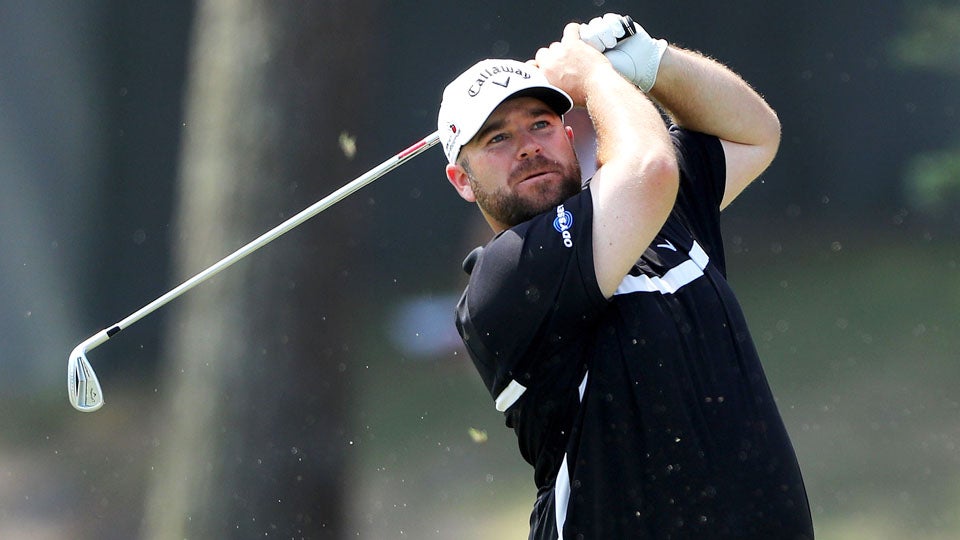 Colt Knost tied the Stadium Course record with a 9-under 63 at the Players Championship on Friday.
Getty Images

PGA Tour players continue to dominate the Stadium Course at TPC Sawgrass, and Colt Knost was next in line after Jason Day.

Knost just missed setting the course record during the second round of the Players Championship on Friday. He had to settle for tying the record after he three-putted the 18th hole for bogey. Knost shot a nine-under 63, the same score Jason Day shot Thursday.

Knost shot a first-round 72 on Thursday, but he birdied four straight holes on the front nine Friday to make the turn in five-under 31. He added five more birdies on the back nine but missed a six-footer for par on 18 and had to tap in for 63.

The 30-year-old hit 10 of 14 fairways, hit all 18 greens in regulation and finished with 29 putts. He’s one off the lead held by Jonas Blixt.

Knost wasn’t the only player going low on Friday. Rory McIlroy shot even par on Thursday but was seven-under after seven holes on Friday and eight-under after 12.

Knost now shares the course record with Day, Fred Couples, Roberto Castro, Martin Kaymer and Greg Norman. Day tees off for his second round at 1:58 p.m.

After shooting 63, Colt Knost had over 100 text messages on his phone. First one he checked was from Charley Hoffman: “Nice three-putt.”