Can a New Reality Show Bring Speed Golf Into the Mainstream? 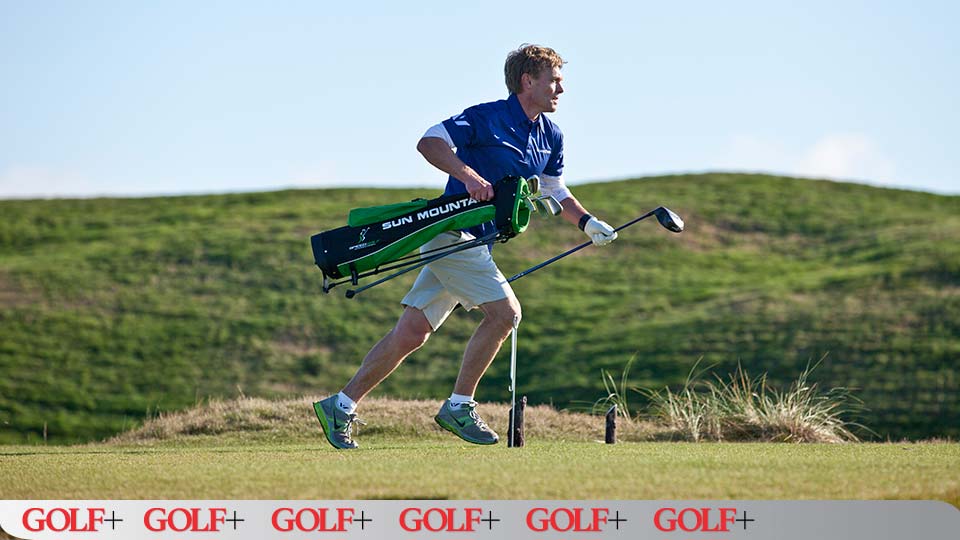 Eri Crum is not a big reality show guy, but he will watch Altered Course Montego Bay, Golf Channel’s zany new offering that premieres on June 15. In the show, eight two-man teams will race against the clock as they take on obstacle-filled holes that measure more than 700 yards. Teams will be judged by the number of strokes and the time it takes them to complete each hole, and they will be winnowed down weekly as they chase the $100,000 first prize.

In other words: speed golf.

Crum, 39, a father of two and a chiropractor who lives in Boise, Idaho, knows a little bit about that aspect of the game. At the 2013 Speedgolf World Championship in Bandon, Ore., the former Stanford golfer shot 73 at Bandon Dunes — in 44 minutes. Take a moment to let that marinate. Also consider that Crum carries just five clubs (driver, 6-iron, 9-iron, sand wedge, putter) so he isn’t weighed down.

Although that round remains a record, Crum’s 80 at Old Macdonald dropped him into second place in the ’13 contest behind Rob Hogan of Northern Ireland. Last fall the order was reversed. Crum shot 76 in 46 minutes at breezy Bandon to win the championship after results of the first round at Old Mac were wiped out due to gale-force winds. (Crum shot 95; no one broke 88.)

“I hope it brings some good attention to speed golf,” Crum says of Altered Course, which will feature among its diverse cast the founder of Speed Golf Iceland, plus Army veterans, exercise freaks and aspiring Ninjas.

A teammate of Tiger Woods at Stanford (both were freshmen in 1994), Crum is used to golf as sport, not sideshow. He turned pro in 1998, entered the PGA Tour qualifying tournament, and was looking good after firing rounds of 73-71-72 just outside Reno. Alas, he blew up with “a 78 or 79” in the final round to miss advancing to the second stage. He played the Teardrop Tour, but reality soon set in: He was no Tiger Woods.

“I went back to school,” Crum says, “got a real job, turned my focus to family and work. But I always kept my passion for golf.”

One day he got a phone call from his father. It was April 2013, and for some reason CBS, on the verge of airing the Masters, showed a tape of the Speedgolf World Championship the previous fall. “My dad said, ‘You ought to look into this,’” Crum recalls. “He said, ‘This is perfect for you.’”

Crum grew up playing golf and hockey in Aspen, Colo., where his athleticism endeared him to then Stanford men’s golf coach Wally Goodwin. (Crum also would play club hockey for the Cardinal.) After moving to Idaho he kept in shape by running 15 to 20 miles a week, biking, playing hockey and chasing around after his daughters, now 7 and 3. He qualified for the Boston Marathon and ran it in three hours.

Sure enough Crum took to speedgolf, which as a mixture of endurance and marksmanship is a bit like biathlon. He entered his first event, in Portland in August 2013, and dominated his age group before shooting his stunning 73 at the World Championship at Bandon that fall.

The funny thing is, he’s better when he rushes. Last summer Crum shot an 83 in a regular (not timed) tournament at his club in Boise. A friend says, and Crum agrees, that speed golf helps him play better by forcing him to think less.

Crum will again be one of the favorites this fall, along with Hogan, who has been developing a new one-handed putting style and has built a lighter, better bag. Competitors — there were 35 last year — will be sent off as singles every six minutes and monitored by one volunteer on the fairway and one on the green. Once again, Crum will travel light.

“Every club adds weight, and you feel it in your bicep,” he says. “It even matters how many balls you take. There are nuances. When you’re running, you sweat, so you wear these rain gloves on both hands that don’t lose their stick. Well, you find out real quickly that if you’re wearing these gloves it’s hard to get the tee out of your pocket, so I carry a tee in my mouth, or behind my ears. There’s a track star who does this, he took silver in the Olympics in 2008, and he developed a headband with a tee holder.”

Crum would like the sport to up its visibility but at press time Golf Channel had no plans to televise the 2015 Speedgolf World Championship. In theory, Altered Course could give executives enough of a taste of speed golf to change their mind. But in reality, as in reality TV, the sport may continue to be left behind. 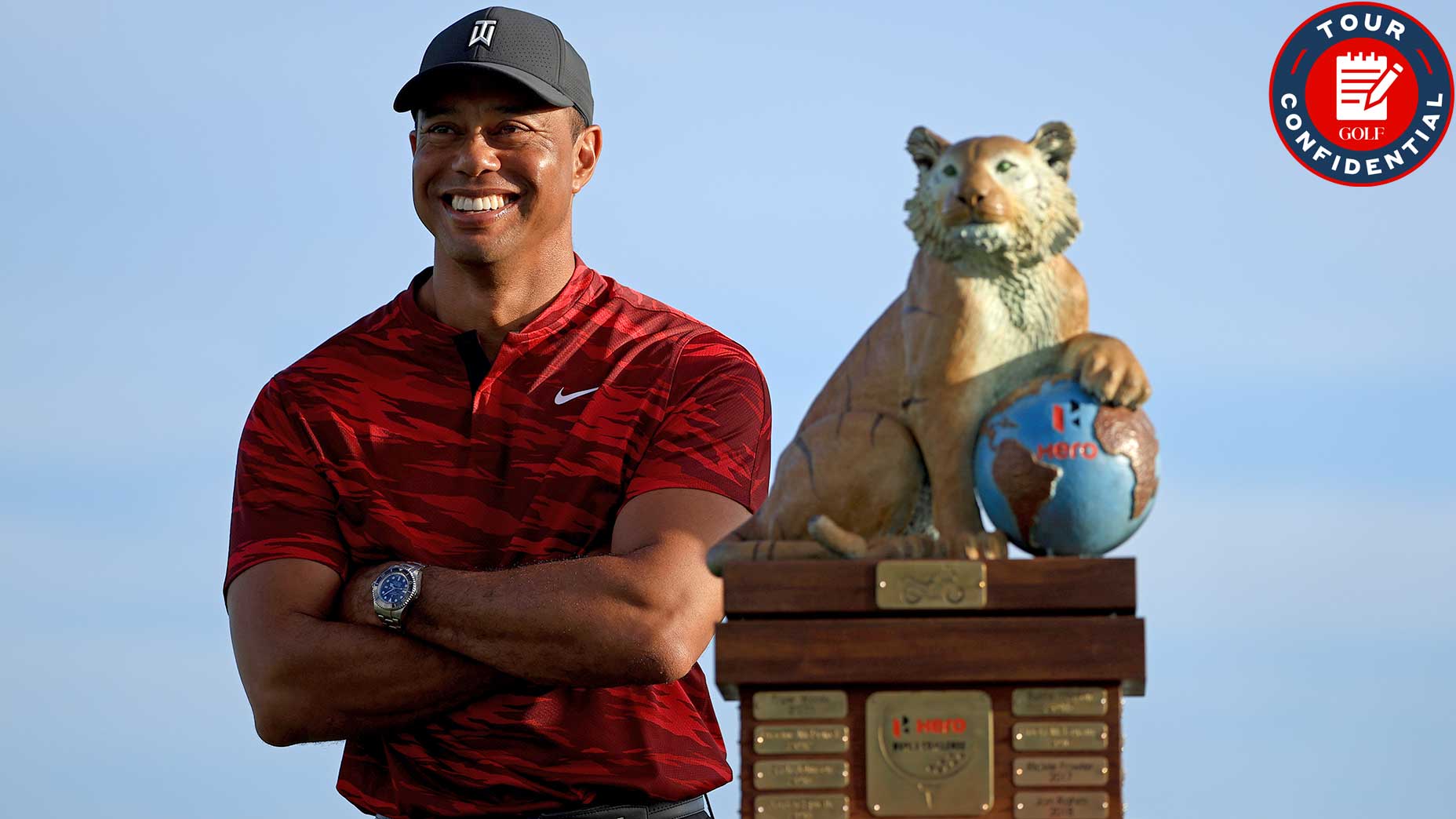 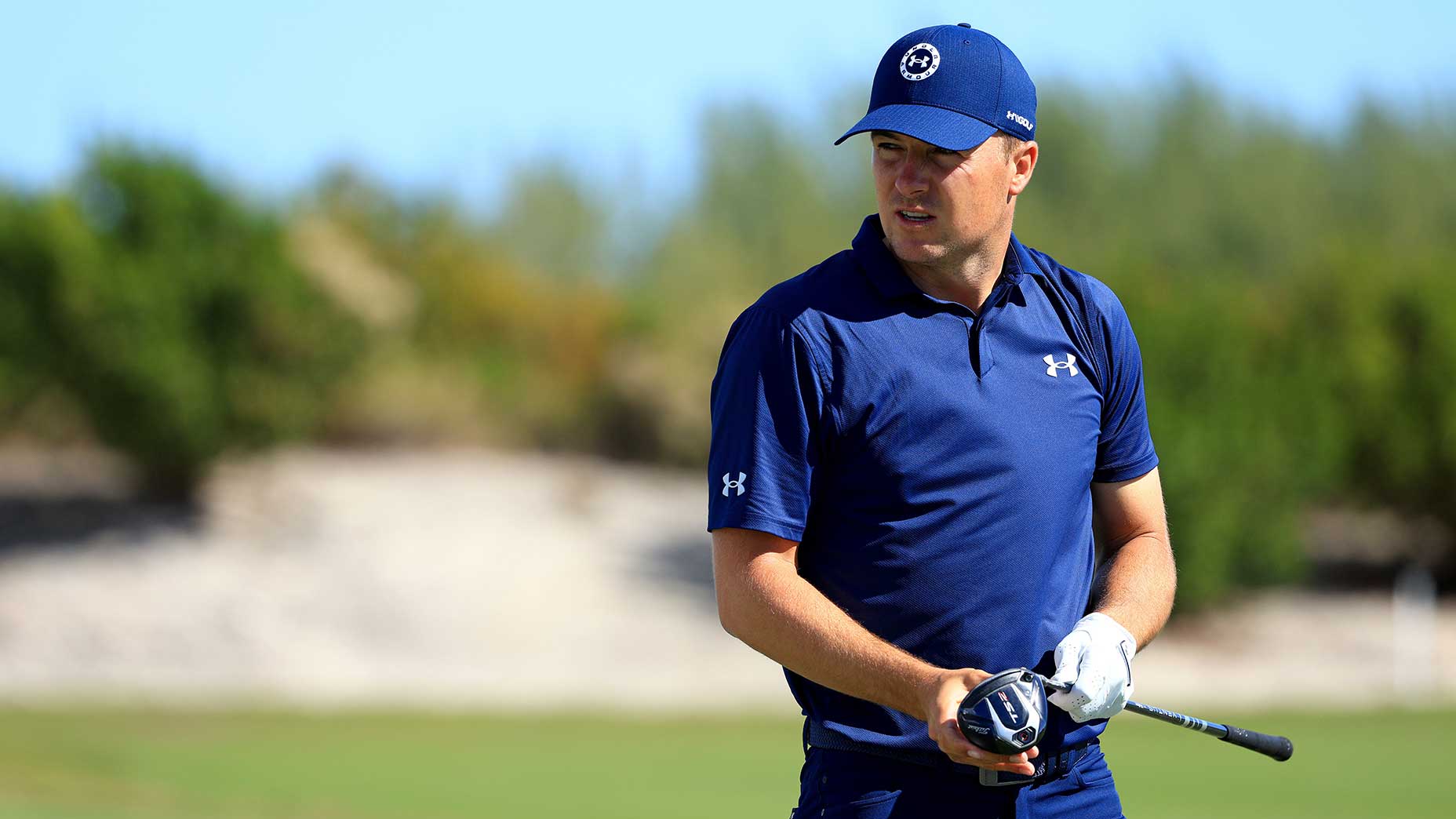 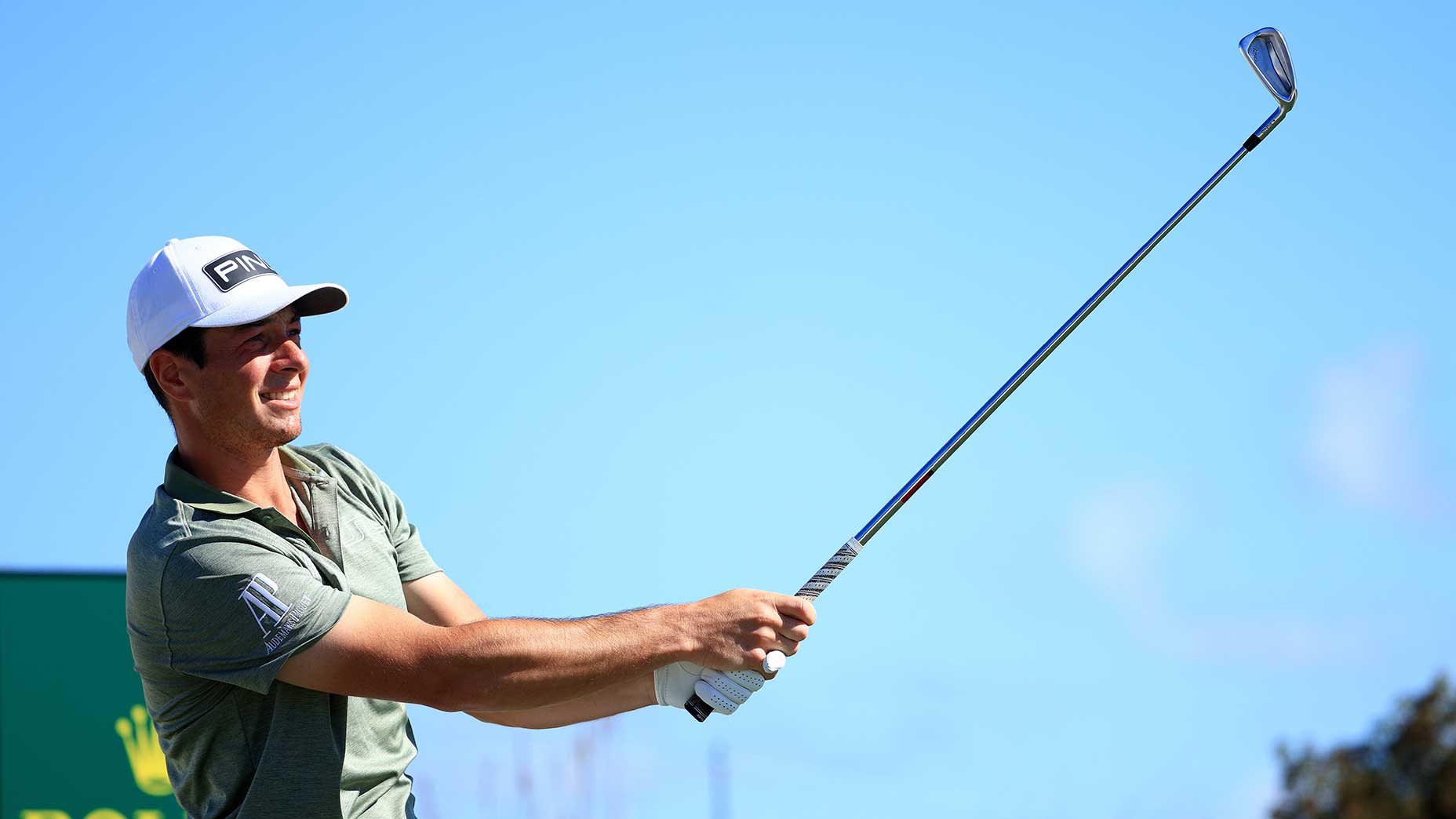 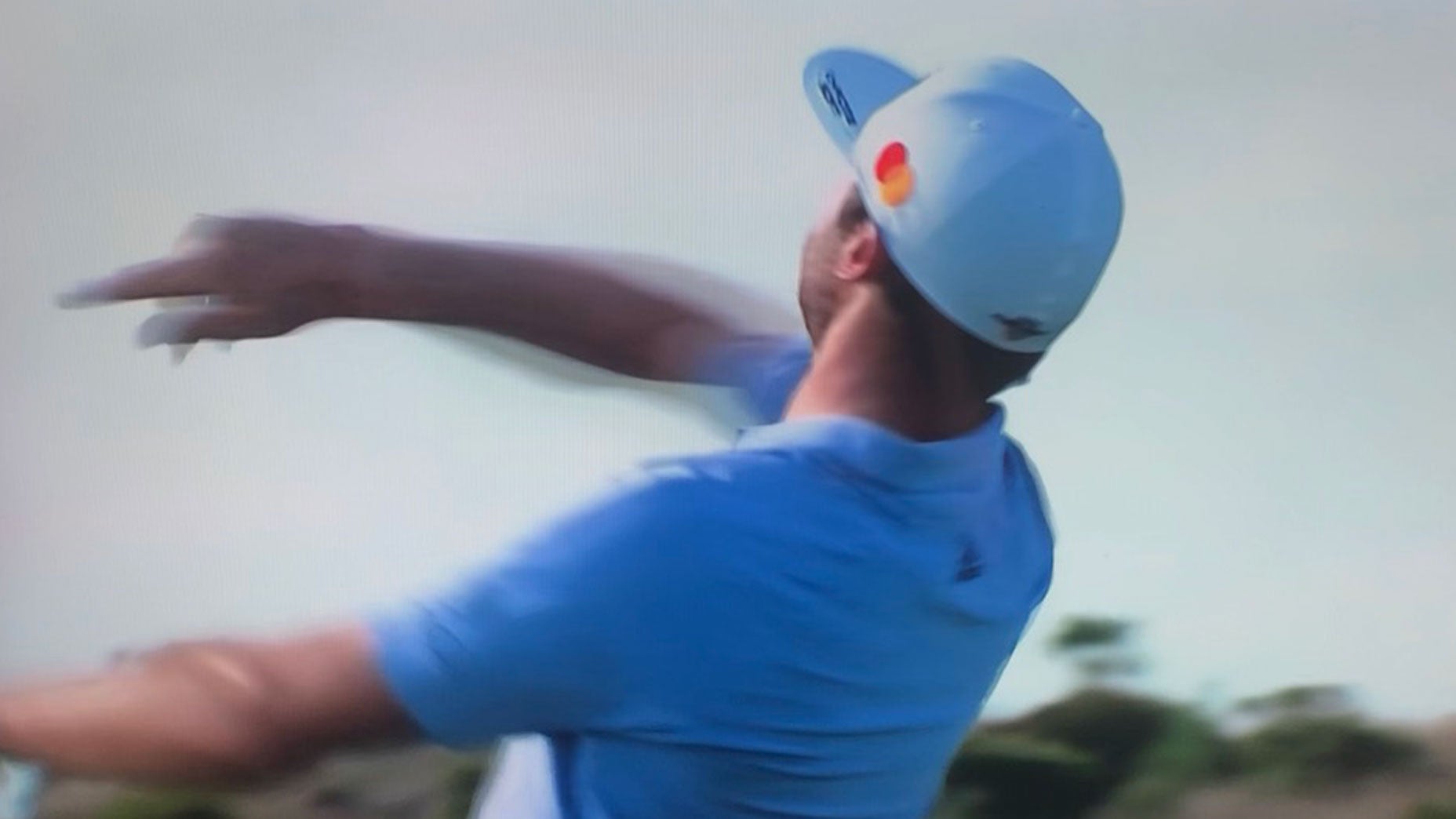 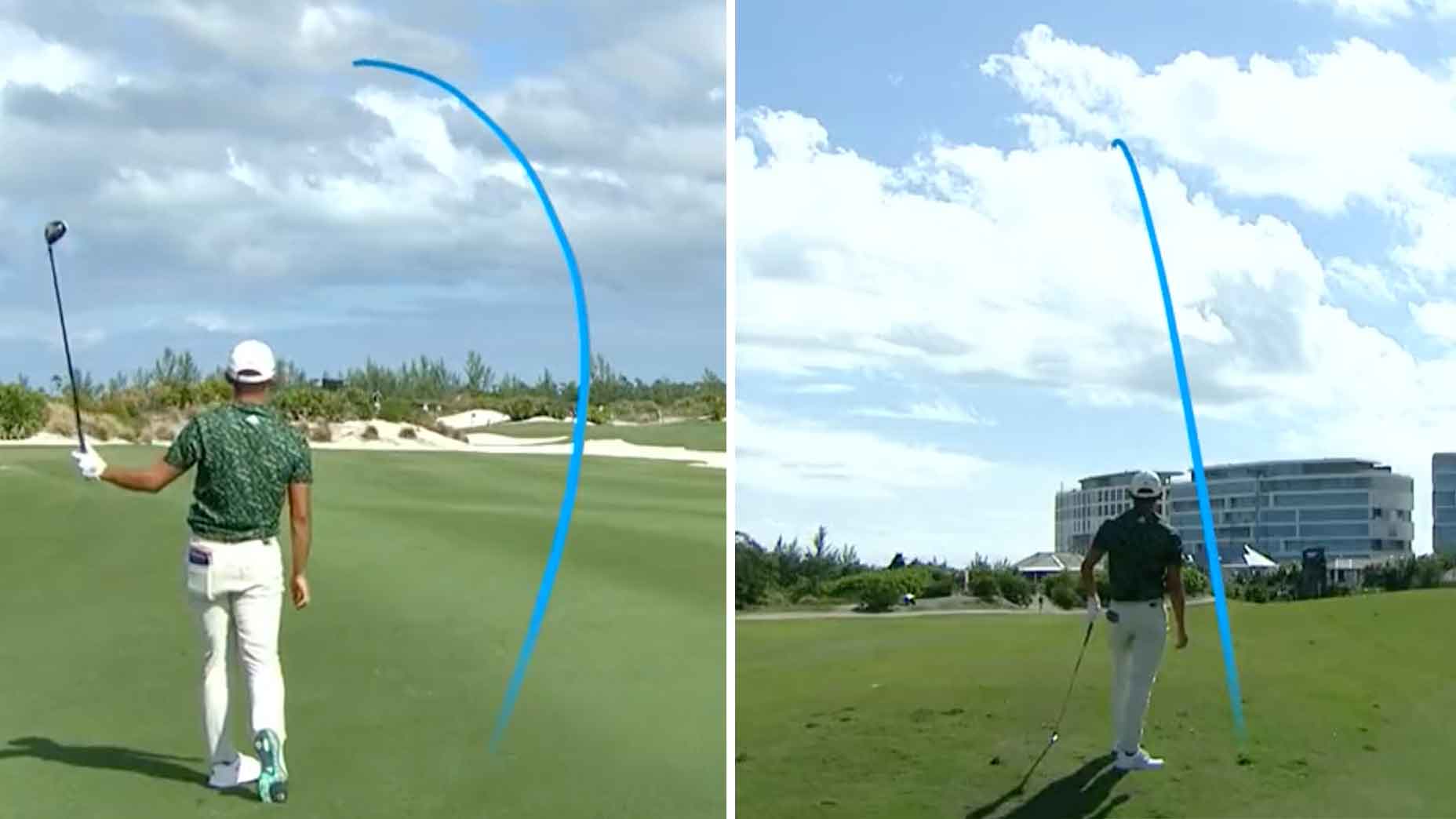