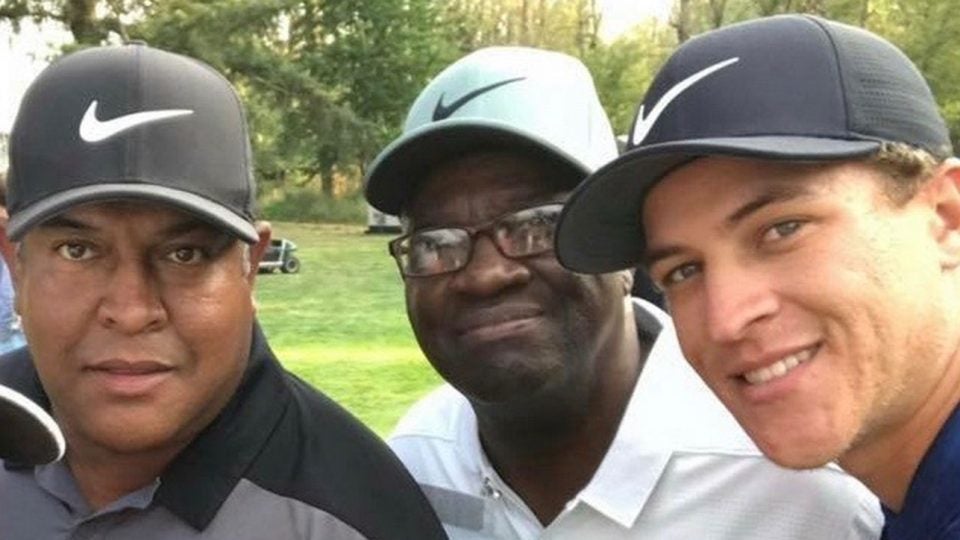 When Cameron Champ won last year’s Sanderson Farms Championship, his father Jeff met him on the edge of the green, phone in hand. Cameron’s grandfather Mack was on the other end of the line.

“I called my dad and he answered,” Jeff told Golf Channel afterwards. “I said, ‘Stay on hold here. You’ve got to talk real quick!’”

Mack Champ was the guy to introduce his grandson to the game of golf. Now, Mack is in hospice care, and his grandson is playing this week’s Safeway Open in his honor.

Champ explained after shooting 67 at Silverado on Thursday that he had something in his personal life he was dealing with.

“I showed up to the course today, I haven’t been here since I had some family stuff going on. I’m going to drive back to Sacramento and stay there the rest of the week,” he said after his first round.

Sacramento is roughly an hour away from this week’s host site in Napa Valley. After his second round, Champ explained further why he’s been making the daily commute from there.

“Yeah, you know, my grandpa, he has stage four cancer right now so he’s in hospice,” he explained of Mack, an Air Force veteran. “I showed up to my tee time about an hour before and I’ve been going. I’m going to stay here tonight obviously, depending on how everything goes. But yeah, you know, Pops is holding in there.”

Mack Champ remains a beloved figure in the Sacramento public golf community. And family has always been central in his grandson’s life.

“We didn’t know how severe the cancer was. About 10 days ago, he wanted to go to hospice, so that’s what he wanted,” Champ told Golf Channel’s Will Gray. “He hasn’t eaten in 2-3 weeks. Basically from there, it’s just timing. We just want to make him as comfortable as possible and just spend as much time with him as we can.”

Champ sits T3 at the Safeway Open after opening with 67-68. He’s three shots behind leader Bryson DeChambeau and has a chance to seriously contend for the win for the first time since his maiden victory last year.

Going through the entire experience, he said, has already given him a better outlook; it’s given him more perspective. “But like I said,” he told Gray, “there’s always a lot of other things behind the scenes.”