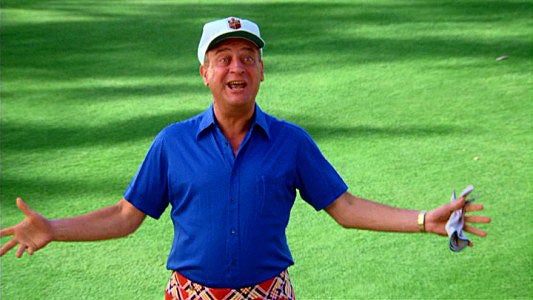 How much do you love Caddyshack? If the answer is “enough to drop $100k on a piece of the film’s history,” you’re in luck.

The yacht owned by Rodney Dangerfield’s character in the classic movie appears to be for sale for $129,000 on a website called YachtWorld.com.

The site lists the 1979 Striker as fixer-upper with a special place in movie history: “Star of Caddyshack, Big Dog was Rodney’s yacht in the movie and ran over everything in sight! ‘Move over Swanson, I’m driving!’ Of course, being a Striker and built like a Tank, she can handle anything you throw at her!”