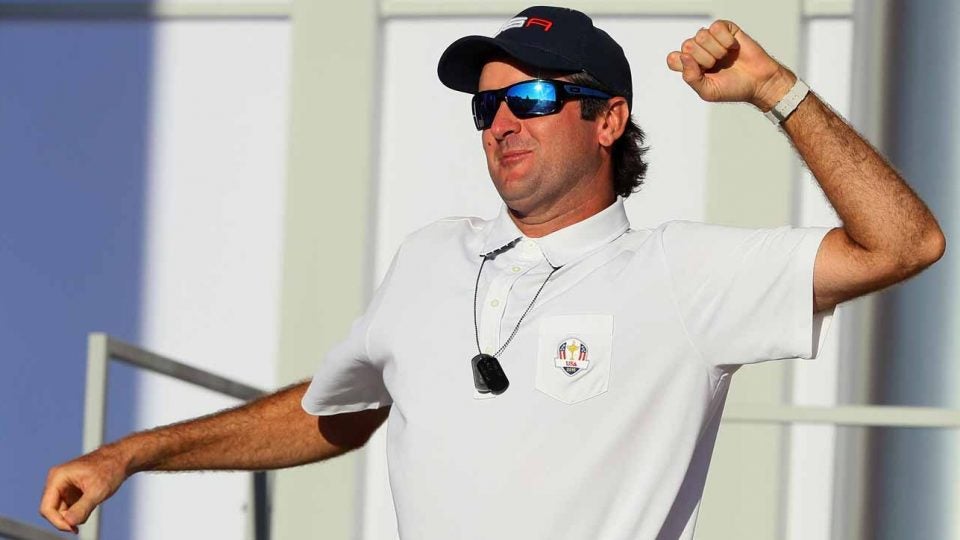 Bubba Watson says being a vice captain at the 2016 Ryder Cup was the thrill of a lifetime.
Getty Images

NEW PROVIDENCE, Bahamas — When it comes to choosing U.S. captains for Ryder and Presidents Cups, Bubba Watson longs for the good ol’ days.

“It was an honor back in the old days to be a captain, it meant you’ve played unbelievable throughout your career, you’ve been a veteran on Tour, you’ve won a major, you have a chance of being a Ryder Cup captain. It was like a Hall of Fame,” he said after playing the second round of the Hero World Challenge alongside Tiger Woods, who’s captaining the U.S. side at next week’s Presidents Cup.

Watson made it clear that his comments were no shot at Woods’ captaincy. But to hear him tell it, things have changed as the team’s results have come under more scrutiny. As Watson, 41, approaches the career stage where players start to get tapped for these sorts of things, it sounds like he’s no great fan of the task forces and pod systems that have brought more rigid order to the selection process.

“Now, when they start picking, it’s the pods and all these things of like the vice-captains-are-always-the-same kind of deal, it takes away from some of the legacy of it, of being a great champion and now we’re going to honor you with the captaincy,” Watson said. “Now it’s TV ratings, and it’s trying to get the right people in there that are going to get the TV ratings and everything, which don’t get me wrong, Tiger is a pretty good captain; I think he earned his right. Don’t get me wrong, I think everybody that’s been picked has earned their right, but it used to be a different feel to it when they picked you.”

In 2016, Watson was No. 7 in the world ranking and No. 9 in the Ryder Cup standings when he was left off the U.S. team that went to Hazeltine. But captain Davis Love III ended up bringing him along as a vice captain, an experience he called “the thrill of a lifetime.” The feeling that he could help everybody at once — not just a single playing partner — had him enjoying the role as much or more than being on the team as a player.

Watson had been lobbying Woods for a vice captaincy this time around, too, but ultimately Woods went with Fred Couples, Steve Stricker and Zach Johnson (Asked if Watson could come along in the cargo hold, Woods smiled. “There’s plenty of room down there. It might be a little cold, but I guess he can suck it up.”) Johnson was a vice captain at last year’s Ryder Cup. Stricker is even more experienced, having served as captain or vice captain on each of the last four U.S. teams. Couples continues his run at this particular event; he has been a captain or vice captain at six consecutive Presidents Cups.

That continuity, Watson argues, is largely unnecessary given the limited role of a captain to begin with.

“We’ve created a monster when it comes to media and social media and all these different avenues, which are great for us but at the same time, if I was captain I’m not gonna tell Tiger Woods what to do. ‘Hey man, you need to go practice.’ Nah, you’re good. You’ve won 82 times, you do whatever you want to do. You wanna sit here and eat ice cream, eat ice cream.