Brooks Koepka explains why he doesn’t use Trackman

PONTE VEDRA BEACH, Fla. — For the golf world, Brooks Koepka’s workout routines are ridiculous. His golf practice routines? Ridiculously simple. In advance of Thursday’s Players Championship, Koepka broke down the basics of his practice routine and why he doesn’t use Trackman, even though he owns the pricy launch monitor.

When asked Wednesday what training aid he couldn’t live without, Koepka smiled; there aren’t any. “I bought a TrackMan and I’ve used it probably once,” he said. Where is it now? With his brother Chase, a European Tour player and World No. 817. “My brother stole it. My brother asked me a couple weeks ago, he was like, ‘Um, hey, I know you don’t use that TrackMan,’ so I was like, ‘Yeah, just take it if you want it.’ So he’s got it right now. He’s working on it.”

I bought a TrackMan and I've used it probably once.

Instead, Koepka’s preferred training methods are far simpler. He says he’ll consult his phone to check out his swing for “two things.”

“I always compare it to like shooting a free throw if you’re a basketball player,” he said. “Make it a reaction sport instead of trying to fundamentally think about everything. I think you can get caught up in trying to put your swing here or there or whatever, but it’s never going to be in the same place two days in a row. It might look it, but it’s never going to be exactly the same.

“I don’t use any training aids. I just try to make sure posture’s good, I just go PGA. Pretty simple: Posture, grip and alignment. I try to make those things the same every day and then just go from there.”

Easier said than done, of course, but it’s working for the World No. 3, who has a win and a runner-up finish since the start of the 2018-19 PGA Tour season. One thing the three-time major champion is working on? Treating every event like a major — even if that means working less. In the past, Koepka said he would approach regular Tour events far differently, fine-tuning and spending plenty of time practicing. But his approach in the majors was clearly very successful.

“The major weeks I just go play nine holes and come and hit a few balls and then I leave. I keep it very simple. I’m trying not to be tired,” Koepka said. Now, he’s trying that same method every week. “I’m trying to match it up and trying to not play less, but just to put a little bit more of importance on each week.” 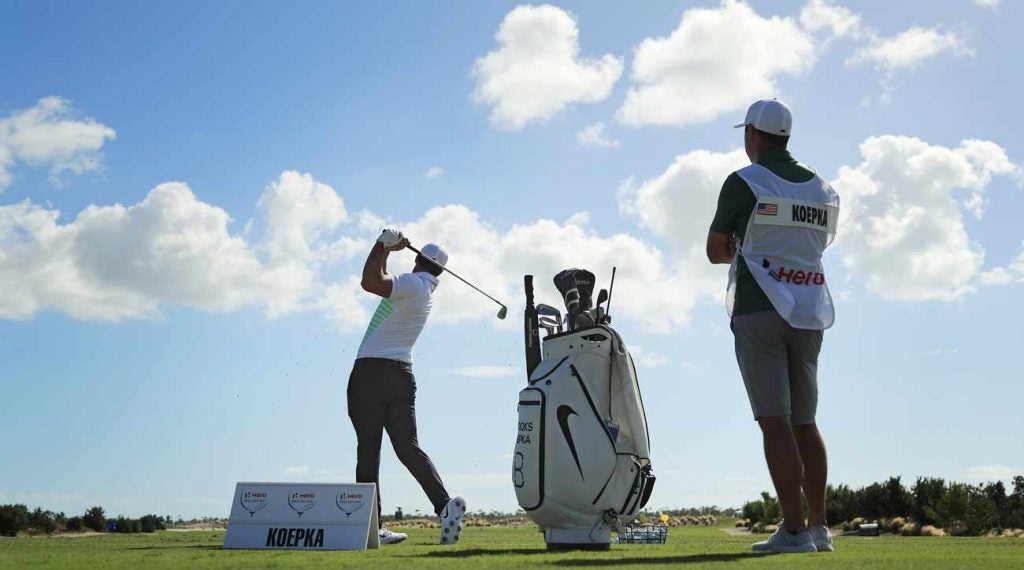 For Brooks Koepka, simplicity is the key to practice.
Getty Images

This isn’t the first time Koepka has stressed keeping things simple. Wednesday’s remarks were right in line with comments Koepka made several weeks ago, when he criticized Bryson DeChambeau for taking too long on a wedge shot.

“I just don’t understand how it takes a minute and 20 seconds, or a minute and 15 to hit a golf ball — it’s not that hard,” Koepka said at the time. “It’s always between two clubs: there’s a miss short, there’s a miss long. It really drives me nuts especially when it’s a long hitter because you know you’ve got two other guys or at least one guy that’s hitting before you, so you can do all your calculations, you should have your numbers. Obviously if you’re the first guy you might take 10 extra seconds, but it doesn’t take that long to hit the ball, especially if it’s not blowing 30 [mph].

“If it’s blowing 30 I understand taking a minute and taking some extra time with some gusts, you know changing just slightly. I get that, but if it’s a calm day there’s no excuse. Guys are already so slow it’s kind of embarrassing. I just don’t get why you enforce some things and don’t enforce others.”

Koepka tees off at 1:59 p.m. ET on Thursday at the Players alongside Rickie Fowler and Jordan Spieth. 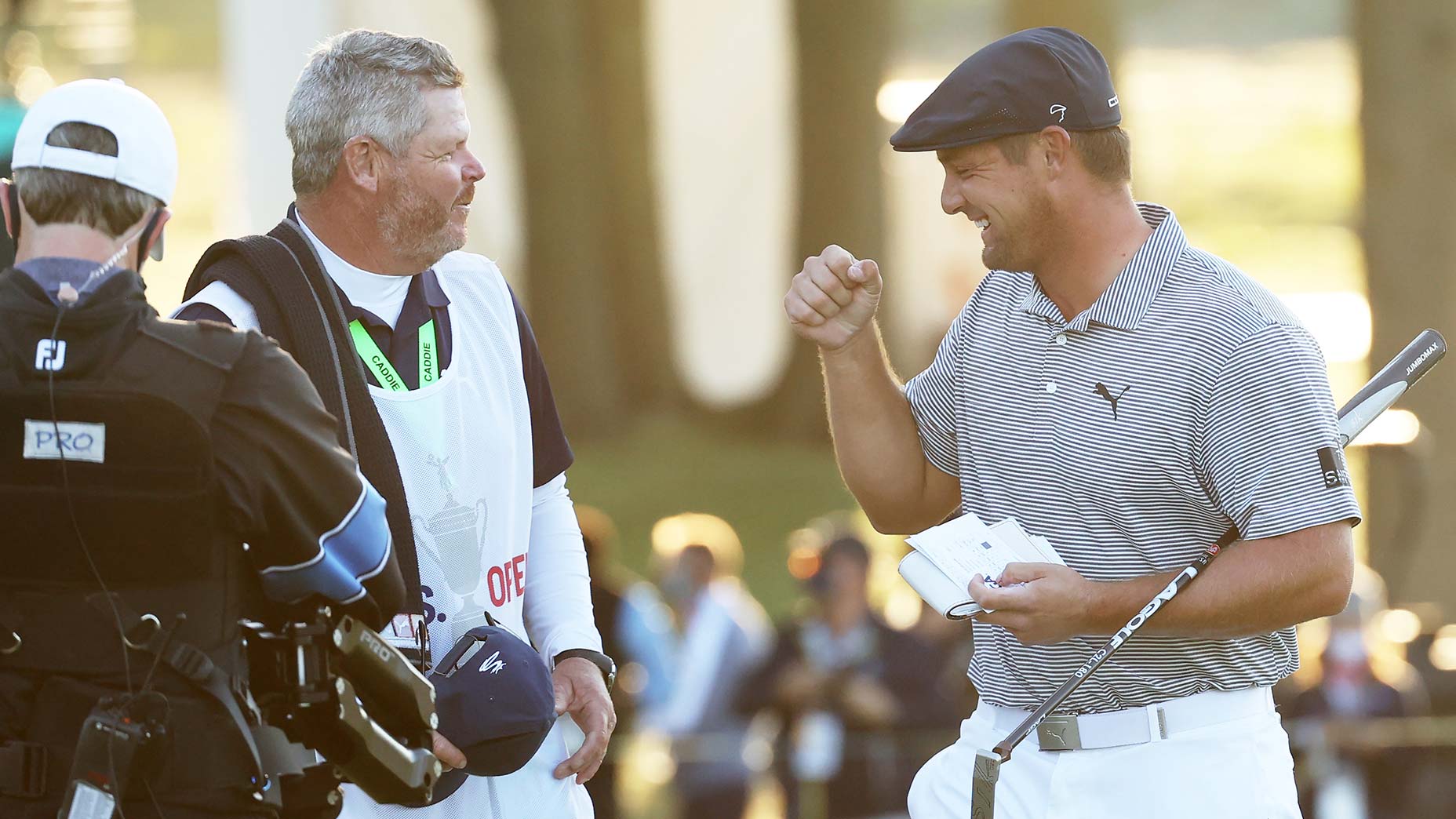 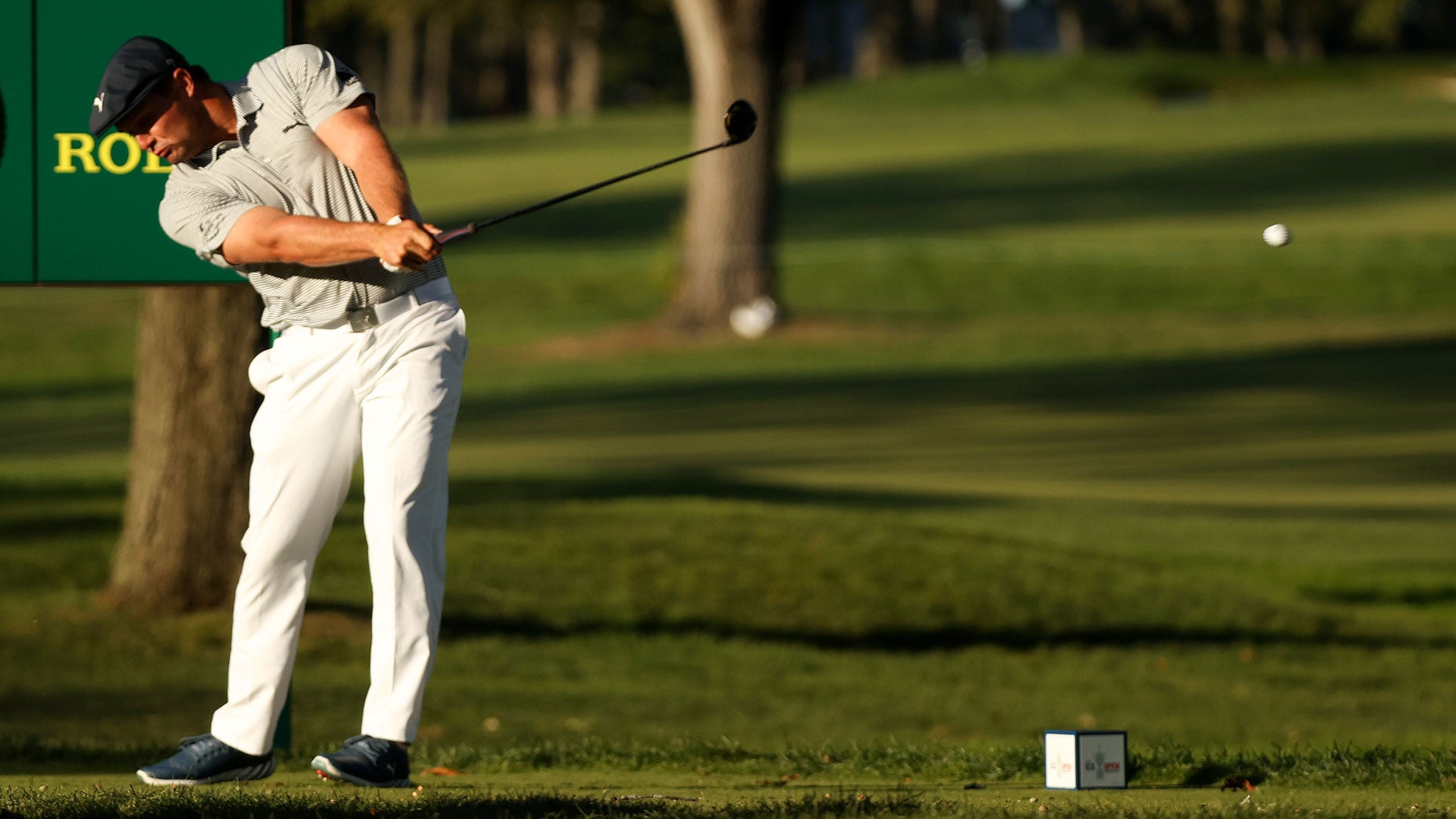 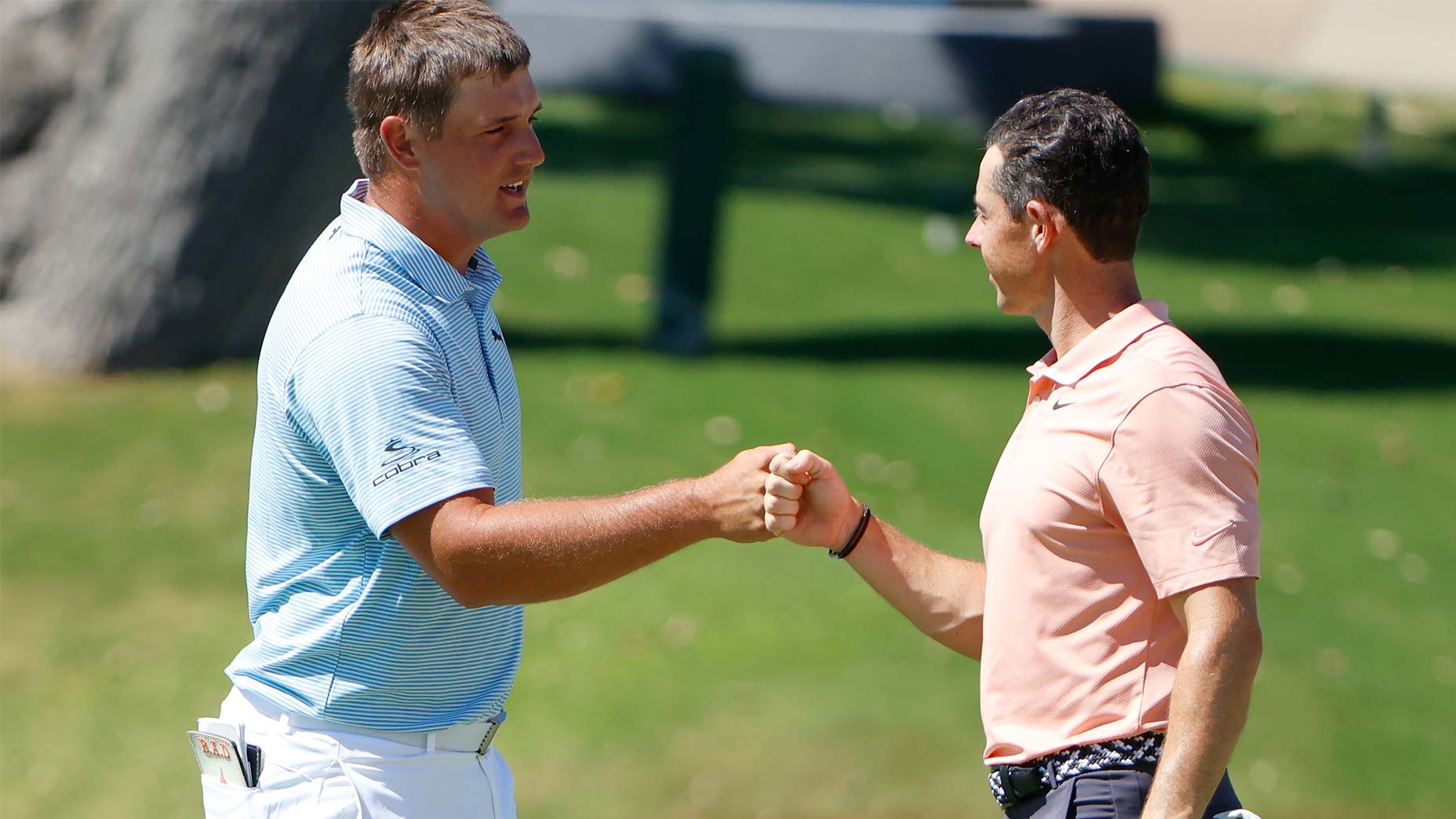