PEBBLE BEACH, Calif. — Brooks Koepka knows his press conference didn’t used to be a whole lot of fun, for him or for fans at home. But he’s having more fun at the microphone now, he explained on Tuesday at the U.S. Open. And that has to do largely with what he’s being asked.

“They are more fun because people are starting to ask more questions,” Koepka told GOLF.com on Tuesday. “For a while they were just stuck on [his playing career in] Europe, what I ate and going to the gym and that’s it. Those were the only questions I ever heard.

“There were only so many different ways you can make playing in Europe interesting, or eating horse meat interesting, so I mean, it’s going to be boring after a while. I’m tired of hearing the questions, I’m tired of giving the same answer.” 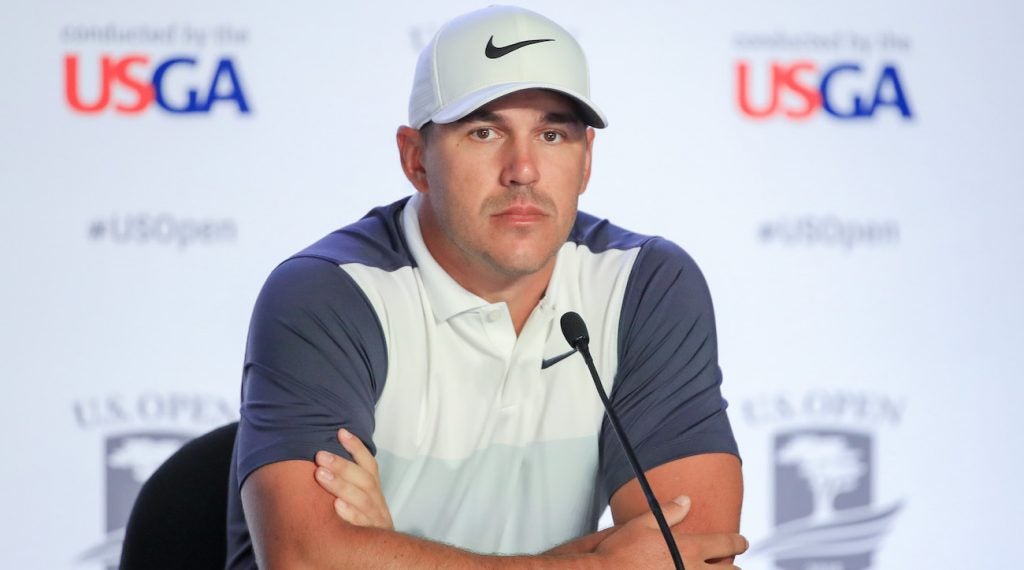 Brooks Koepka of the United States speaks to the media during a press conference prior to the 2019 U.S. Open at Pebble Beach Golf Links on June 11, 2019 in Pebble Beach, California.
Getty Images

The shift with Koepka came along with his increased time in front of the media — which became inevitable as he kept winning and winning in his ascension to world No. 1. Koepka found his voice, speaking out on issues from slow play to his pseudo-feud with Brandel Chamblee.

His press conference on Tuesday at Pebble Beach was a perfect example. Koepka dished on changing his cell phone number, being snubbed in a Fox TV promo and how players complain too much about “unfair” golf course setups.

“If you’re going to ask me something, I’ll give you an honest answer and tell you what I think, but it just hasn’t been to that point where people are asking me different questions now. Nobody had ever asked me about slow play, but then I gave that answer and okay, now you ask me about all these different things.

“I’ve always had an opinion, but I’m not just going to go share it. If you ask me, I’ll give you my answer on it.”

Koepka said he’s far from the only player who gets misperceived.

“If you’ve got a good question, you’ll get a good answer. There’s plenty of interesting guys out here. You just have to get to know them and know their personalities and you’ll see who they really are and what they’re all about. A lot of times we just get stuck on, interviewing Phil, Jordan, Rickie, whoever it might be and realize there are a bunch of younger players who are exciting and different.”