The 2019 U.S. Open at Pebble Beach is almost here, and if it’s anything like the previous five Opens at this iconic venue, expect it to be epic. Here are some of the biggest storylines we can’t wait to follow.

1. Phil! The U.S. Open is of course the one event standing between Mickelson and a career Grand Slam. He’s finished second six times, a record that may never be broken. While many U.S. Open setups might be too severe for a 48-year-old, Mickelson has a ton of good vibes here, including a win earlier this year at the Pebble Beach Pro-Am. This might be his last, best shot to win the event he wants more than any other. 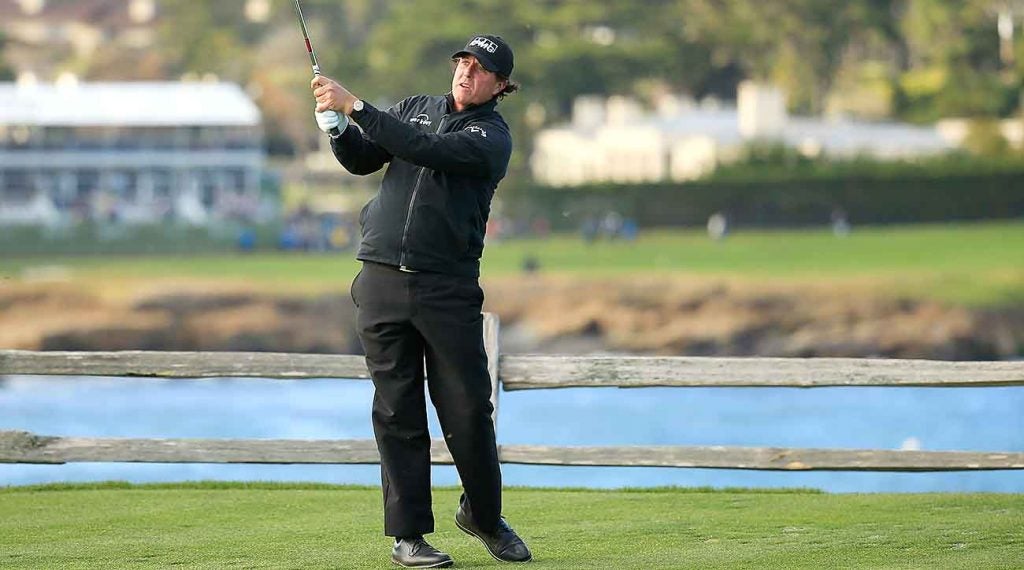 2. Tiger! Woods is looking for his second major of the season, which would leave him two majors short of Jack’s record. Also, his next victory would match Sam Snead with 82 career Tour titles. Oh, and this week Woods is returning to the scene of what is almost inarguably the most dominant performance in major championship history: his 15-shot victory at the 2000 U.S. Open. Do you think the Fox broadcast will have any of those highlights queued up this week?

3. Brooks! Koepka continues his assault on the majors, and he has a chance to become the first person since Willie Anderson (1903-05) to win three straight U.S. Opens. Koepka has won four out of his last eight majors, and a fifth title this week would launch him even farther into rarefied air.

4. The USGA. Hey, they could really use a win this week. After recent Open setups that drew the ire of competitors, none more famous than Mickelson swatting a moving ball last year at Shinnecock, a week where the setup doesn’t become an overriding story would be welcome.

5. Rough! That said, the rough at Pebble is reportedly juicy. It’s always a factor at Opens, and it will loom large again this year.

Took a little stroll this morning. One week out Pebble is looking puuure…but the rough is so deep you can loose a pooch. pic.twitter.com/SAMvZ3IM6L

6. Broadcast bells and whistles. Trackman on every hole. TopTracer galore and drones, drones, drones. Fox is going large with its broadcast this year, and viewers stand to be the winners.

7. Qualifiers! Every year you’ll see a name or two on the leaderboard who took the long road into the field. Among the competitors who played their way in through sectional qualifying this year: Padraig Harrington, Ricky Barnes, Andrew “Beef” Johnston, Edoardo Molinari and Lee Westwood.

8. A record round? It seems like scoring records are threatened with each passing major. Even brutal Bethpage surrendered a 63 to Koepka. There have been six 63s shot at U.S. Opens, including one in each of the last two years. Could this be the year someone fires a 62? Pebble will play much shorter than recent U.S. Opens, and if the wind is down, look out.

9. Pebble! The cliffs, the waves, the barking sea lions. There’s just something special about a U.S. Open at Pebble Beach. The crown jewel of American public golf is the perfect backdrop for a national championship.