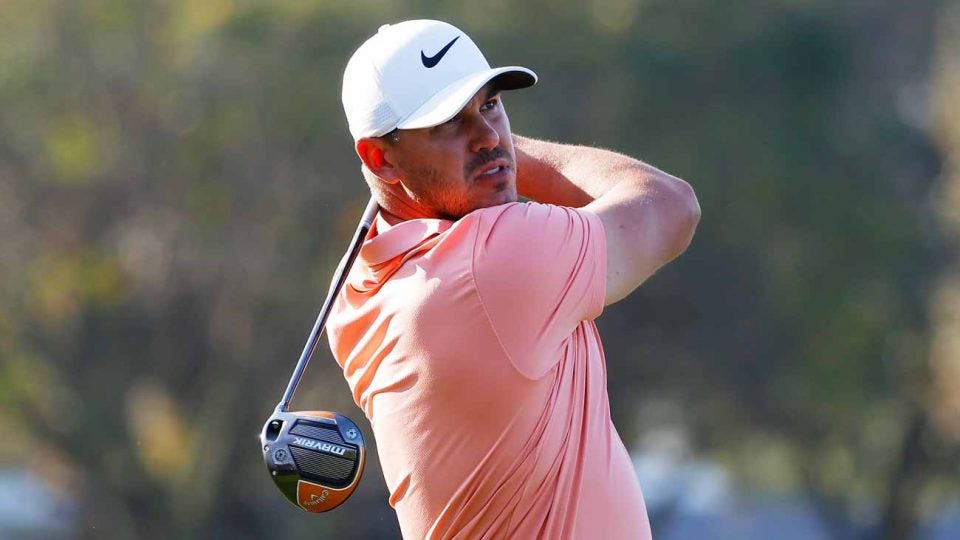 Brooks Koepka made five birdies on Sunday. He shot his best round of the week at the Arnold Palmer Invitational. He rebounded from a career-worst 81 on Saturday.

He didn’t become the world’s top-ranked player, he didn’t win four major championships, by being satisfied with just a one-under 71. No way. That spot far down the leaderboard? Flush it.

Brooks, you probably can’t say that on the podium.

His dissatisfaction is understandable.

Sunday’s round was his seventh straight over 70 on the PGA Tour. It followed Saturday’s 81, which saw Koepka make eight bogeys and a double. He was even playfully needled by playing partner Matthew Wolff after Wolff hit a tee shot.

Koepka did show signs that he was breaking out of the outhouse.

After an opening double-bogey, he birdied the 4th and 6th to shoot even-par on the front nine. He then peeled off birdies at 10, 12 and 16 to give him a shot at breaking 70 heading into 18. He hit his approach into the water and took a double-bogey.

All of which follows his recovery from a partially torn patella tendon, which led to a stem cell therapy procedure in August. He returned in October for the Shriners Hospitals for Children Open in Las Vegas, missed the cut, then withdrew from the CJ Cup two weeks later because of the knee. He didn’t return to play until late January, also missing the Presidents Cup in December.

“It’s coming together piece by piece,” Koepka said. “So the way I see it, the putting hasn’t quite been there, the touch hasn’t been there, but now that I found that, I found a little bit of rhythm there, just build on that. I think I’m very pleased with short game, very pleased. And that was kind of the part that’s been, that felt really far away, where this week it was kind of a flip-flop. Long game, I don’t know. It feels so unorthodox and, but it will come. It’s only a matter of time.”

Koepka’s high scores — and the high scores overall this week at Bay Hill — led to a question about distance in the game and potential rollbacks. In a summation, go back to his reaction above.

“I think long hitters are going to be still long, and the short hitters — you know, no disrespect to guys like Fred Funk or stuff like that, but you don’t, guys don’t have a hundred mile an hour club speed anymore; everybody’s got a 120,” Koepka said. “So obviously it’s going to go further.

“They roll the ball back, I think if you want to grow the game you’re not going to be able to grow the game. I mean that’s, as a little kid, trying to be interested in the game, that’s all you want to do. The reason I started playing was because you see it go 60 yards, 70 yards and, ‘Wow, this is cool. I’m actually hitting it far.’ Because you watch your parents or you watch your friends or whatever it might be, they’re bombing it out there, and as a little kid, you want to feel like you’re hitting it far. But if you’re only hitting it 30 yards, it’s not very fun.”