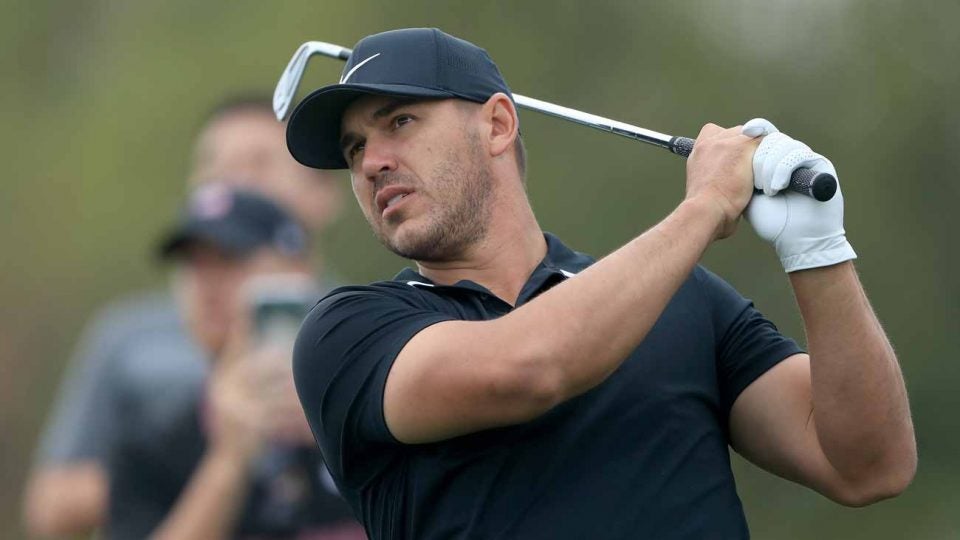 Brooks Koepka hits a shot during Thursday's first round of the Arnold Palmer Invitational.
Getty Images

Brooks Koepka was bluntly asked Thursday what he’s trying to figure out on the golf course.

“How to play golf,” he bluntly responded.

Quite bluntly, he’s got work to do.

The four-time major winner’s woes continued during Saturday’s third round of the Arnold Palmer Invitational, as he fired a career-worst 81, 9-over at Bay Hill, his sixth straight round over 70 on the PGA Tour.

As he finished up his round, playing partner Kyoung-Hoon Lee requested a selfie, Golf Channel reported. Koepka declined. This wasn’t worth memorializing.

The struggles do raise the question of whether his left knee is 100 percent.

Koepka played through a partially torn patella tendon during the end of last season, then had a stem cell therapy procedure in August. He returned in October for the Shriners Hospitals for Children Open in Las Vegas, missed the cut, then withdrew from the CJ Cup two weeks later because of the knee. He didn’t return to play until late January, also missing the Presidents Cup in December.

He told PGATour.com last week at the Honda Classic that his “knee is great.” He missed the cut.

“I wouldn’t be playing if I couldn’t play or if there was pain or if I didn’t feel like I could come out here and compete at my best,” Koepka said. “I’ve just played bad.”

On Thursday, following a first-round 72, Koepka said “it’s not far off.”

“It is what it is, man,” Koepka said “I’m still trying my ass off. I can promise you that.”