U.S. Open 2019: Brooks Koepka explains why he had to change his phone number

PEBBLE BEACH — Brooks Koepka says he doesn’t use Google all that often, but he found a use for it on Monday of U.S. Open week.

A reporter in Koepka’s Pebble Beach press conference asked the logical follow-up: why did he change his number?

News
U.S. Open 2019: Brooks Koepka says someone should be fired after leaving him out of FOX ad

“I don’t know if somebody leaked my phone number or what happened, but I got a couple of texts — a bunch of texts — yesterday from some different numbers and a bunch of phone calls. So it was probably about time.

“I’ve had it for about three years, four years. So in major weeks and just about every week now, everybody is texting, asking for different things. It was probably long overdue.”

Koepka’s rise in success has naturally coincided with a rise in fame, and he acknowledged Tuesday that he gets recognized much more frequently. 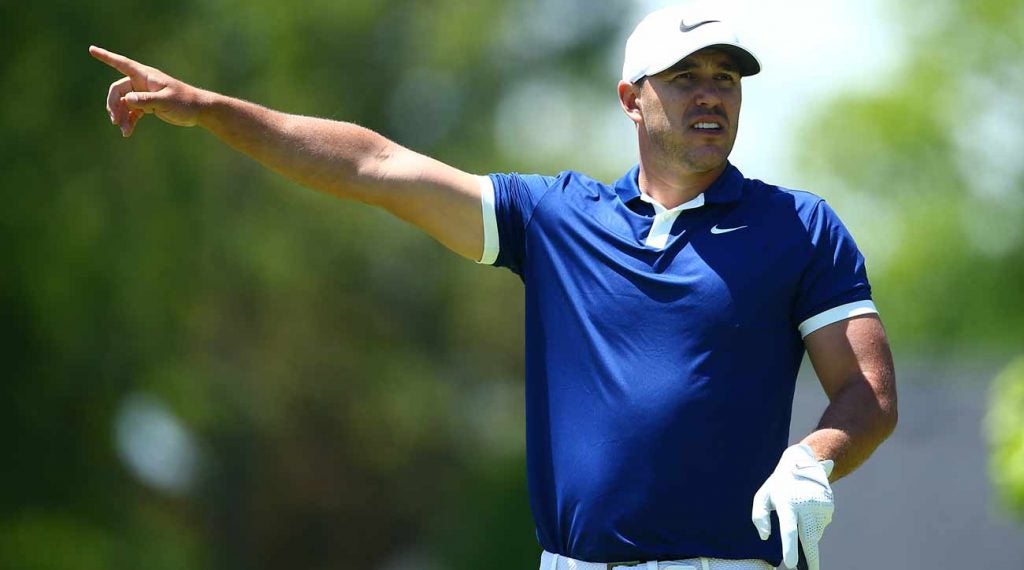 Brooks Koepka had to change his phone number the week of the U.S. Open.
Getty Images

“I view myself completely differently than people view me. I still think it’s weird when I walk into a place and I can see eyes are on me just for dinner. And I’m like, What’s everybody staring at? I just view myself as a regular guy, just like everybody else. And I just happen to be really good at golf, and that’s it.”

Koepka is, of course, more than a regular guy, especially this week. The two-time defending U.S. Open champ will tee it up in search of his third consecutive title and his fifth major in nine starts. He starts his defense Thursday at 4:47 p.m. ET alongside Francesco Molinari and Viktor Hovland.