U.S. Open 2019: Brooks Koepka says someone should be fired after leaving him out of FOX ad

PEBBLE BEACH — It is safe to say Brooks Koepka hasn’t ditched that chip on his shoulder. The four-time major champion made it clear on Tuesday that he’s still dialed in to perceived slights, even as he chases a three-peat at this week’s U.S. Open.

The latest edition of Brooks getting overlooked comes at the hands of FOX, the U.S. Open’s primary broadcast partner. Koepka was asked in his pre-tournament press conference on Tuesday whether he still plays with a chip on his shoulder.

“Yeah, I mean, why wouldn’t you? You’ve always got to find something to give you a little bit of extra motivation. Sometimes it’s blatantly obvious,” he said. “There’s a commercial running now where I’m not even in it, and Fox put it up for a preview of the U.S. Open.

“So I don’t know. You guys tell me. I wasn’t on Notables [last year on Golf Channel] after winning. There’s a couple of things where it’s just mind boggling how — it’s like, really? Like, how do you forget that?”

Koepka was taking no prisoners in his defending champion presser. He snuck in digs at Brandel Chamblee and players who complain about U.S. Open setups and dished on being “stunned” during the PGA Championship’s final round. In a followup question, he revealed that he enjoyed some extra motivation from the FOX slight, though. 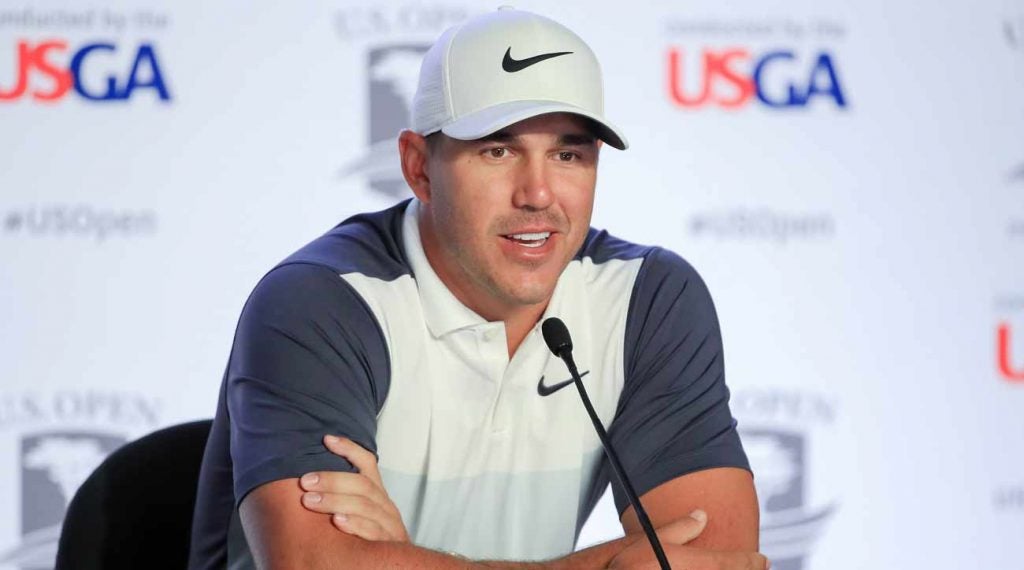 Brooks Koepka was not pleased after being left out of a Fox ad in advance of this year's U.S. Open.
Getty Images

“I actually didn’t see it for a long time. A bunch of people on Twitter I think tagged me in it, in the promo,” he said. “And I guess they were amazed that I wasn’t in it. I just clicked on the link and saw it and watched it. Just kind of shocked. They’ve had over a year to kind of put it out. So I don’t know. Somebody probably got fired over it — or should,” he said with a laugh.

FOX reportedly released four spots in advance of the U.S. Open, one of which did not feature Koepka (in fairness, another focused completely on him). Koepka tees off at 4:47 p.m. ET Thursday alongside Francesco Molinari and Viktor Hovland.