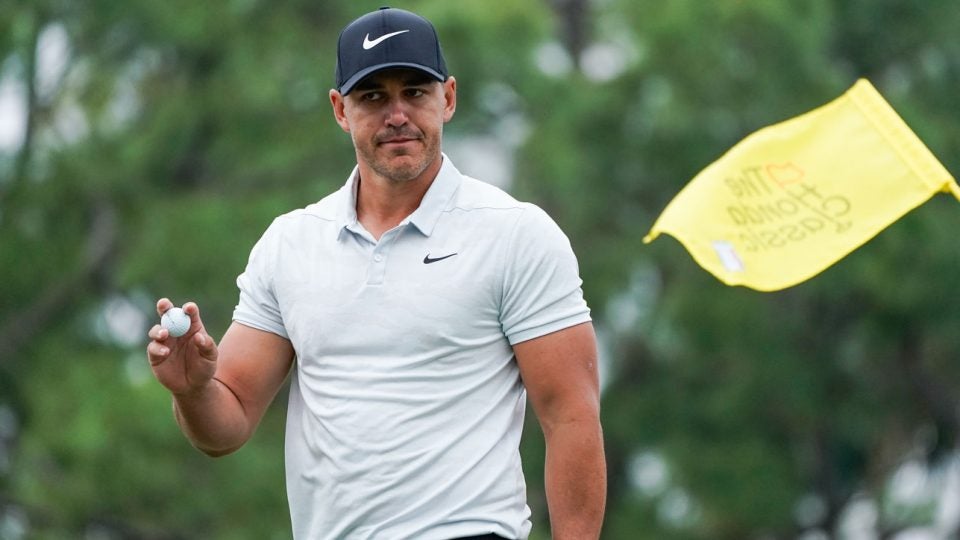 Brooks Koepka during the first round of the 2019 Honda Classic.
Getty Images

Brooks Koepka shot an impressive three-under 67 Thursday at the Honda Classic, but his brief comments after the round deserve more attention.

Koepka was talking to reporters during his post-round press conference when he was asked about skipping the Honda the past two years. While Koepka simply stated that he “didn’t play last year,” he had more to say about the 2017 event.

“I’ve just had a lot of things off the golf course go wrong during [Honda Classic] week… Two years ago, I was ready to walk off. I didn’t even want to play. I wasn’t in a space to play. I shouldn’t have probably played golf for about two months.”

News
‘No one has the balls’: Brooks Koepka roasts PGA Tour rules officials for lack of slow-play penalties

Those words raised more than a few eyebrows. When pressed to explain the cause of his disillusionment with golf at the time, Koepka shut down the conversation abruptly, saying, “No, I’m not going to.”

This most recent Koepka revelation is shocking, especially considering what he has done on the golf course in the two years since.

He finished T11 at the 2017 Masters shortly thereafter before winning his first major at the 2017 U.S. Open at Erin Hills. Last year, he successfully defended his U.S. Open title at Shinnecock Hills and won the PGA Championship. That added the name “Brooks Koepka” to the short list of pros who have won three majors.

One thing is certain: the current version of Koepka is very different from the major-less Brooks Koepka we barely knew two years ago. Koepka is much more open and honest with the media and the public, now regularly offering interesting tidbits that would have been unthinkable coming from the old Brooks.

Earlier this week, he revealed that it was NBA stars who inspired him to show “the real me.”

Whatever was troubling him two years ago, it’s clear Koepka has moved passed it in a big way and entered the elite ranks of the game.