‘No one has the balls’: Brooks Koepka roasts PGA Tour rules officials for lack of slow-play penalties 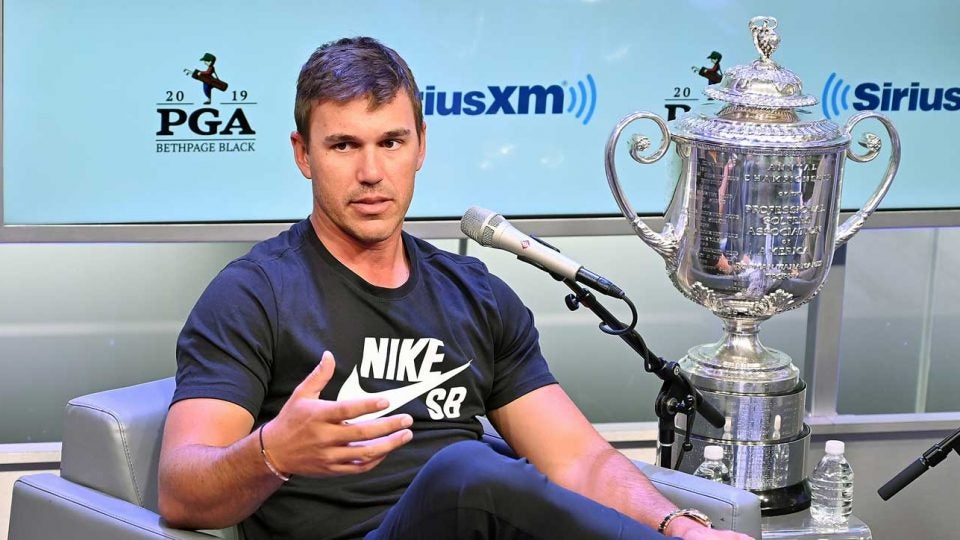 Brooks Koepka does not have sympathy for slow play on the PGA Tour. The three-time major champion made that much clear Tuesday during his media tour for the PGA Championship.

Koepka visited SiriusXM’s studio in New York City and vented to host Danny Kanell about the lack a strict implementation of pace rules at Tour events.

“There’s a lot of slow players. A lot of them are the very good players, too, which is kind of the problem,” Koepka said. “I think it’s weird how you’ve got this set of rules where — you know, we have to make sure we’re dropping from knee-height, or your caddie can’t be behind you — and then they also have a rule where you’ve got to hit it in 40 seconds, but that one is not enforced. You enforce some but you don’t enforce the others.”

He makes a sound point. The PGA Tour called its first slow play penalty in 20 years at the 2017 Zurich Classic, which happens to be a team event. Then, last fall on the Champions Tour, Corey Pavin was docked one stroke during the season-end playoff series. But other than that, the only memorable slow play issue came at the 2013 Masters with amateur Guan Tianlang.

Kanell offered the notion that a slow player actually makes things worse for the entire group, to which Koepka responded with his own personal strategy: play even slower. That way, your group is guaranteed to be on the clock and once that happens, the group is bound to play at the quicker pace he enjoys.

Does it work? We’ll have to pay closer attention to Koepka’s pace changes throughout his rounds.