PORTRUSH, Northern Ireland — It is surely fair to say that Saturday was a shining moment for Royal Portrush. Of course it was, what with the course bathed in sunshine as it was beamed globally and in living color, the Irish Sea so blue, the fescue fairways so green, the tents for the drinking so white. When the Open was last played here, in ‘51, TV was black-and-white (if at all) and the tournament was a gray bath. Only two Americans went 72 holes, the players were clean-shaven and the manufacturers of choice were Slazenger and John Letters. 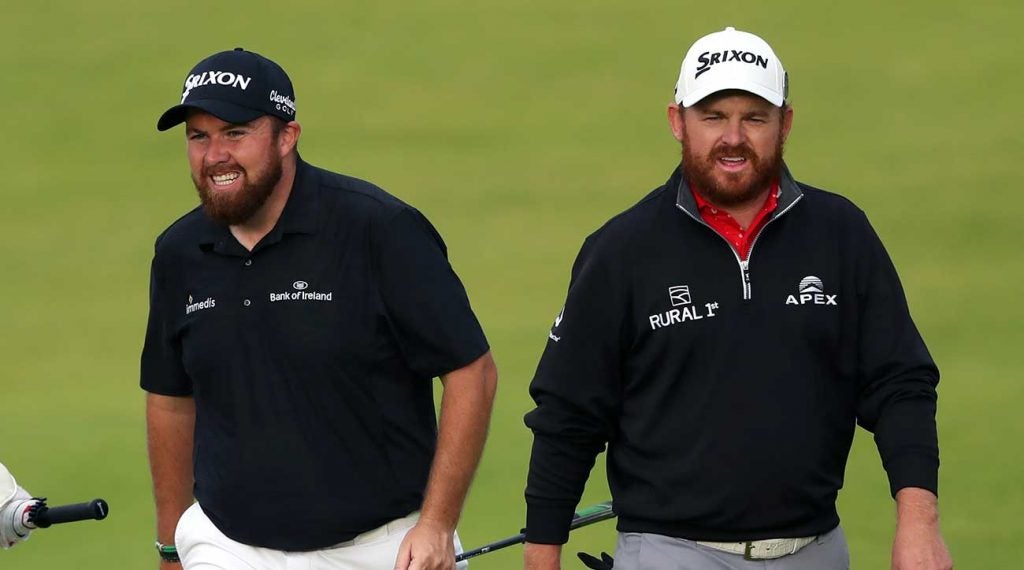 Shane Lowry and J.B. Holmes were in the final pairing on Saturday at the British Open.
Getty Images

Graeme McDowell, bearded, etc., and the certain winner in the Low Local competition? Srixon through the bag! Miguel Angel Jimenez, in the field (for two days anyway) as the reigning Senior Open champion? You’ve seen the man. You can guess what he’s packing.

The shocking thing through three rounds here is not bearded Lee Westwood’s fine play. It’s how trim he is under the guidance of his caddie-girlfriend, Helen Storey, and the fact that he’s not flying under the Srixon banner. (He’s a Ping man and has been for years.) But Shane Lowry’s caddie, Bo Martin, an Irishman and a good stick who could easily pass for his boss’s older brother, well he probably sleeps in that Srixon baseball cap he wore on Saturday. And weren’t they a great looking team on Saturday, with their matching black tops and white bottoms and trim beards. “A big coincidence,” Lowry said Saturday night. Srixon men don’t do that let’s-coordinate-our-outfits thing.

It’s a shame that Boo Weekley, who had a perfect game for British Opens, never won this ancient championship. He’s a Srixon man, of course, and he would have flown the flag well here right through age 60. How you keeping anyway, Boo?

If the actor Russell Crowe becomes a professional golfer, he’ll be a Srixon man. If the Eagles center Jason Kelce gets on the senior tour, it’ll be as a Srixon man. Had Rutherford B. Hayes pursued golf instead of politics, he’d have been a Srixon man.

On Saturday, the final moments of a glorious day were owned by two Srixon men. The day’s final stroke was taken by J.B. Holmes, when he smashed his (blind guess) 35-foot birdie putt, his Srixon Z Star XV ball caught flushly by his non-Srixon putter (a Scotty Cameron 009M prototype). Yes, this assertive roll might have gone three paces past the hole had it come in right at 6 o’clock, but these Srixon men do not mess around. A minute earlier, Shane Lowry, from a slightly longer range, lagged his putt right up to the lip. A camera zoomed on his ball, its whiteness on the edge of the dark hole, and the markings were clear for all to see. You can guess the rest.