Golf Channel analyst Brandel Chamblee is planning to launch a comeback. The Tour pro-turned-commentator got a taste of the senior tour over the summer, and he wants plenty more for the 2019 season, according to Golfweek.

Chamblee, 56, declared this the time for a potential last stand. “It used to be once you got past 55 the skills eroded. But with the success of numerous players post-55 – not just Bernhard Langer – I kind of thought I have another three or four years where I might be able to compete a little bit. I miss competing,” he told Golfweek.

Golf’s most provocative personality impressed critics over the summer by splitting his time between prepping to cover the British Open and practicing to qualify for the Senior British, held the next week. He spoke to GOLF.com at the time about making the most of 18-hour days. “I just want to see if I’m able to put to use all the things I’ve been studying for years and years and years. And use myself as a guinea pig,” he said.

It paid off: he earned co-medalist honors at the qualifier with a two-under 69, easily good enough to qualify for that week’s event at St. Andrews. Although Chamblee went on to miss the cut, saying he “putted like a buffoon,” he left feeling hopeful. 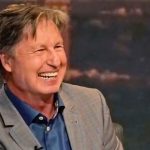 “I want to take what I learned that week in St. Andrews and go out and try it again and again and again, and see if I can embarrass myself again. That would be fine with me. It makes you feel alive to do crazy stuff like that!”

Chamblee won four times during his professional career, including once on the PGA Tour at the 1998 Greater Vancouver Open. He hasn’t played a full season of competitive golf in 15 years. While he has no status on the PGA Tour Champions, he will rely on qualifiers and sponsor’s exemptions to get starts.

“My goal is just to see how good I can get,” he said. “I’m not going out there thinking I could beat Bernhard Langer, but at the same time I’d like to see if I could.”