The annual Palm Springs-area PGA Tour event long associated with late comic and singer Bob Hope will have a new name in 2020.

On Monday, the PGA Tour announced that American Express has signed on as title sponsor for the event that’s been around since the 1960s, which will now be known as “the American Express.”

The popular stop on the Tour’s West Coast swing was first established in 1960 as the Palm Springs Golf Classic. Hope hosted the event from the beginning, and began the tradition of inviting celebrities to play alongside the pros. The event’s name was changed to the Bob Hope Desert Classic in 1965, and again in 1986, when it changed to the Bob Hope Chrysler Classic, thanks to the addition of a new sponsor. 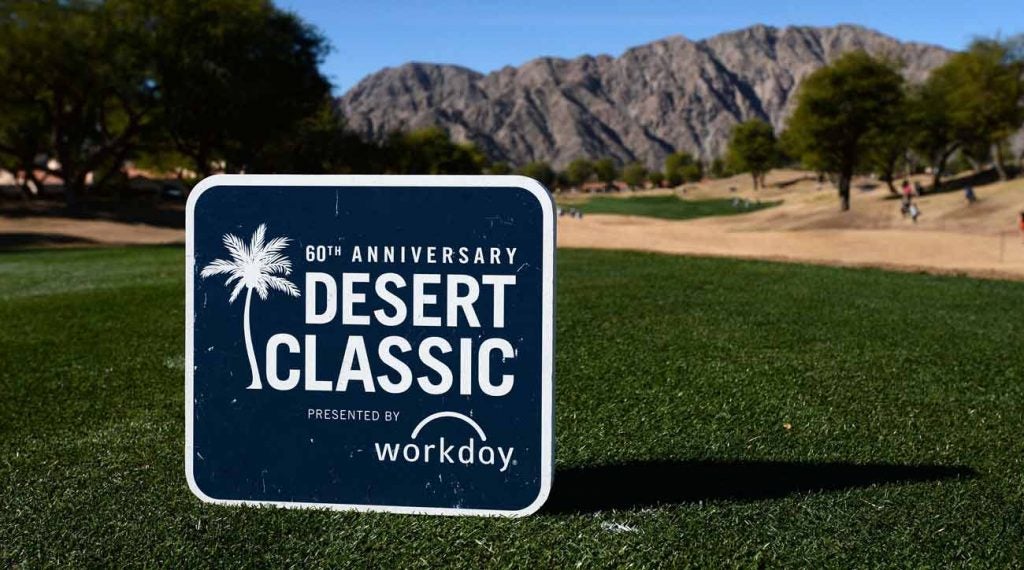 The Palm Springs tournament, which was called the Desert Classic in 2019, has a new name for 2020.
Orlando Ramirez/USA TODAY Sports

The tournament’s name and sponsor changed multiple times over the last decade, from Humana to CareerBuilder and finally to WorkDay in 2019, when the tournament was known as the Desert Classic presented by Workday. The new sponsorship with American Express is a multi-year deal.

PGA Tour COO Tyler Dennis acknowledged the news in a release, saying, “With its historic connection to the great Bob Hope, the tournament has been a popular fixture in the Palm Springs area since 1960 and holds the distinction of being one of two PGA Tour tournaments where amateurs actually play during tournament competition. Through this new relationship, The American Express will continue as an important part of the West Coast Swing.”

The first edition of the American Express will take place Jan. 16-19 at PGA West’s Stadium Course and will represent the first event of the West Coast Swing after the Tour begins the year in Hawaii.