#AskAlan mailbag: Will we ever see Phil Mickelson as an analyst in the booth? 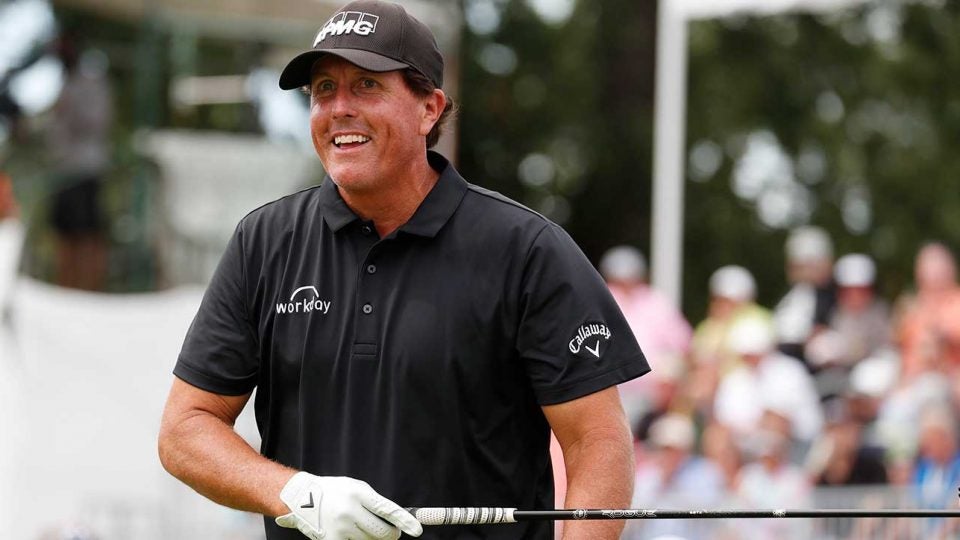 In this installment of the #AskAlan mailbag, GOLF senior writer Alan Shipnuck fields questions about Phil Mickelson and calling golf from the booth, the Solheim Cup, the Korn Ferry Tour finals, the best California golf and more.

Phil turns 50 next June. Will he bombinate the Champions Tour or continue to hit “bombs” only on the PGA Tour? #USSeniorOpen -@BobEstesPGA

Phil has always been disdainful of the Senior tour. He wants to play with and against the best players, and he clearly enjoys the company of and is motivated by the Tour’s young guns. It’s hard to remember now but Phil actually won a Tour event in 2019. Still, after getting his teeth kicked in over the last six months maybe he’ll be more open to playing some events where he is more or less guaranteed to contend. Isn’t that more fun than missing cuts? I mean, next year’s U.S. Senior Open is at Newport CC — how good is that? The Senior British is at Sunningdale. Sounds like a fun summer to me.

Would love to see and hear Phil in the booth. -@gaulin_rick

Oh, he’d be great. Conventional wisdom has always been that he wouldn’t be interested because of the time commitment but Twitter has made more obvious what we always knew: Phil loves to be a smartass and a know-it-all and what better platform is there to chew the scenery than sitting in the tower next to his pal J. Nantz? This would be my wish list for color analysts among guys whose playing careers are winding down: Phil, G. Ogilvy, P. Harrington, H. Stenson, E. Woods.

#AskAlan: Tennis-watching Tiger is one of my favorite Tigers. What persona of the Big Cat is your favorite? -@david_troyan

The Korn Ferry finale was riveting golf. I still miss Q school. What about the idea of mixing that with a version of Q School for three slots … would be a great fall series with “everyone-has-a-chance” implications. -@frazerrice

Well, Q School was great fun because a rando off the street could get hot and play his way onto the Tour without ever having set foot on the developmental tours. (See Beem, Rich.) But what makes the current arrangement so dramatic is the finality of it. If the guys who get their hearts broken at the KFT finals have the safety net of Q School, a lot of the exquisite tension disappears. I think it has to be one or the other.

You can only watch one, the Solheim Cup or the Presidents Cup, which one? -@LabLoverDE

Well, is Tiger serving as a playing captain? Because that weighs heavily on the decision. If yes, it will be a fascinating sociological experiment that becomes must-see TV. And Royal Melbourne, while woefully short for the modern game, is still a unique test that could bedevil the U.S. team and make this Cup a bit more competitive than it appears on paper. But if Tiger is just a cart jockey I’m picking the Solheim Cup because it figures to be a war.

#AskAlan, Can the U.S. possibly win the Solheim cup without three of our “Poulter” type players? Kerr, Wie, and Creamer’s intensity will surely be missed. -@TheTripleBB

This is certainly an interesting factor. At all the Cups passion is among the most important commodities; the 2018 Ryder Cup was the latest example of how desire and team spirit can overcome a team with more talented individuals. At the Solheim, Kerr especially was a rallying figure for the U.S. I think Danielle Kang can fill those shoes. Lizette Salas, too. And I don’t think it’s an accident that Cap. Inkster used her picks on two spicy veterans: Stacy Lewis and Morgan Pressel. This American team has plenty of grit.

As the ultimate predictor of golf matters, can you name the 4 male U.S. golfers who will be in the top 15 of the OWGR to make the 2020 Olympics? 1&2 are no brainers! Maybe you can name the entire 60 players! Go on! Look into that crystal golf ball! -@anjipate

This is borderline hate speech, and not only because of all the exclamation points. But with Tokyo less than a year away I, too, am already thinking about the Olympics. I agree Brooks is basically a lock. I assume you’re counting Dustin as the second no-brainer, but given his fade over the latter half of this season, we’ll have to wait to see if he can return to being a top-10 machine. After the recent knee surgery to clear up bothersome cartilage in his left knee, I think he will. You gotta figure the other two slots will come down to JT, Cantlay and Xander. The majors will tell the tale since so many World Ranking points are attached. As for noodling out the entire field of 60, you know this is a free website, right?

Are two questions in one tweet allowed? 1. Would you have given up being at the 2019 Masters and covering it in exchange for a hole-in-one? 2. Seems like golfing is your least-favorite word in the … golfing world, but what are some other words or phrases from the game you loathe? -@shawnfury

Hypothetical: For the rest of your life you can only play golf in A.) California, or; B.) The entire rest of the United States. Which do you choose? -@GolfLover67

Since I live in California and we have so many great courses I gotta go with A. Now, if I move to the Hamptons, or Chicago, or Bandon, Ore. I might have to reconsider. Until then, I’ll be enjoying the embarrassment of riches in the Golden State.

What is the basis of/reason for the LPGA rule that precludes Yealimi Noh from getting into the next event after she finished 2nd from a Monday Q in Portland? And do you think this policy might change soon? Can we call it the “Noh Brainer” Rule? -@jwficket

This is old-fashioned union boss stuff. The rule states you have to be an LPGA member to cash in a top 10. It’s basically designed to prevent a collegian, local teaching pro or young upstart from taking a spot that would otherwise go to a member of the Tour rank-and-file. It’s like the obsession with “playing opportunities” whenever any Tour rejiggers its schedule. These are closed shops and the players like it that way; they’ll gladly sacrifice an exciting young player in favor of a tired old vet who has been taking up space for years. Since these are the very players who sit on the policy boards I’m not sure it’ll change anytime soon.

Where should I play golf in October around Monterey? #AskAlan -@albert_tache

Since it’s our best weather month, the answer is, Everywhere. This my ranking of the local (and nearby) public courses:

Numbers one and three are obviously expensive. You can always ask about twilight rates and then hustle around trying to beat the sunset. I’ve done that plenty of times and it’s great fun and a big cost-saver. You might be playing 18 at PB by flashlight but, hey, that makes for a helluva story.