Tiger Woods made a much-talked about appearance at the U.S. Open (the tennis version) in New York on Monday to watch Rafael Nadal work his magic. But the 15-time major champion clearly didn’t get his fill in one day. Woods, along with his girlfriend Erica Herman, and son Charlie, made a second trip to Arthur Ashe Stadium last night to take in the action.

Woods was photographed and caught on video making fist-pumping his way through Nadal’s dramatic match (Nadal defeated Marin Cillic in four sets to reach the quarterfinals) on Monday.

On Tuesday night, the star on the court captivating the Woods family’s attention also happens to be arguably the greatest player of all time: Serena Williams.

Charlie, who is becoming more and more a spitting-image of his dad as he gets older, was once again by his side, with Herman occupying his other flank. At one point, Charlie swiped the hat off his dad’s head, briefly revealing Tiger’s thinning hairline. And, of course, there was more fist-pumping from Tiger and crew. 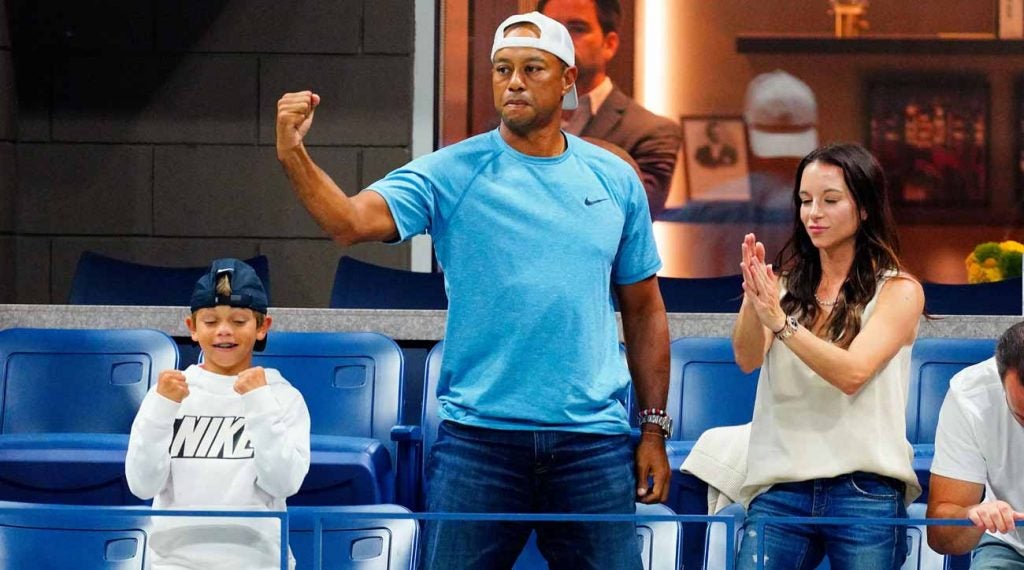 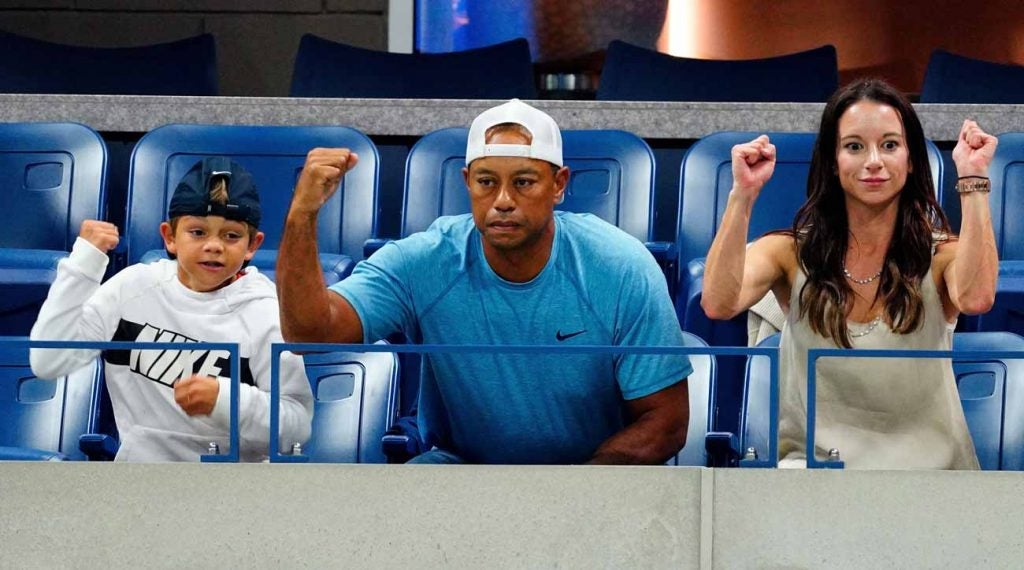 Once again, Woods proved to be good luck for the player he was rooting for. Williams demolished her opponent Qiang Wang 6-1, 6-0. She will now face Elina Svitolina in the semis. While it’s unwise to compare golf accomplishments to tennis, it’s fun to try anyway. In the matchup of Tiger vs. Serena, the winner is clear: Serena holds six U.S. Open titles to Woods’ three, and 23 Grand Slams in total compared to Tiger’s 15 major titles.

News
Tour Confidential: Should Tiger’s latest surgery concern us a little, or a lot?

Woods, who recently underwent a surgery on his left knee, appears to be well on his way to recovery. He will make his next appearance on the course at the Zozo Championship in October.