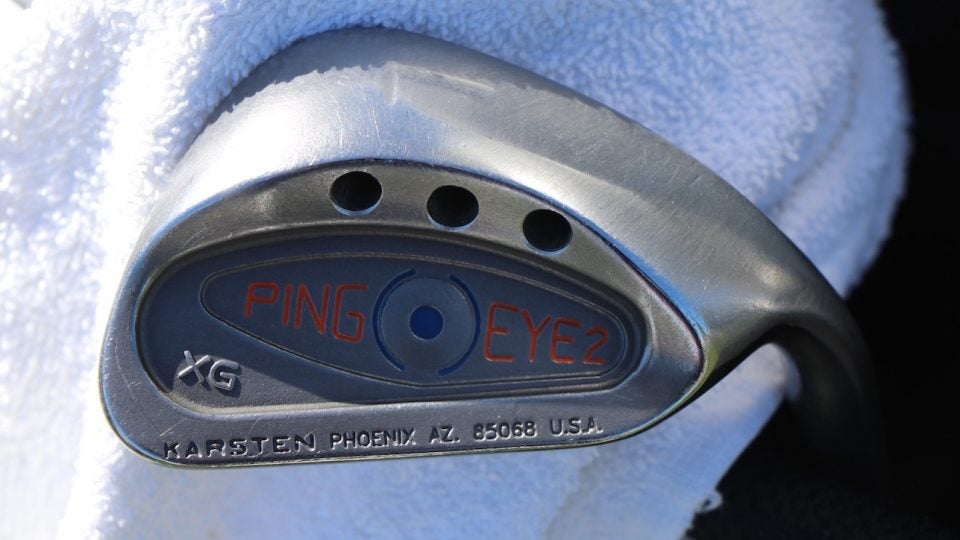 At the recent 2020 Cologuard Classic at Omni Tucson National in Arizona, I was able to catch up with some golf legends to see what equipment they’re using.

As such, let’s dive into my seven interesting equipment observations from the Cologuard Classic. 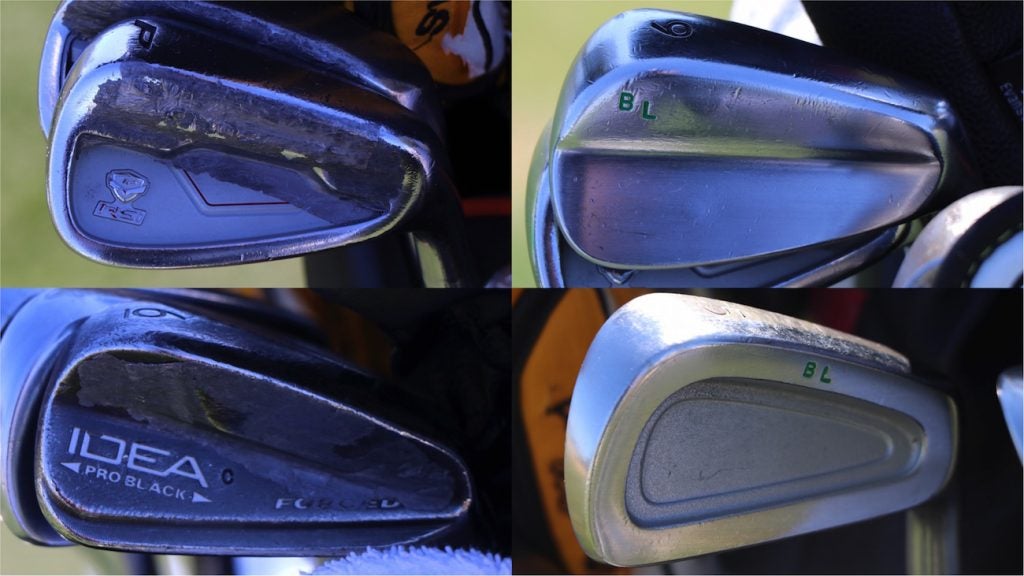 Bernhard Langer, who ended up winning the 2020 Cologuard Classic by two shots, employs a unique take on a “mixed set” of irons.

Combining blade short irons with cavity-back long irons isn’t uncommon, even on the PGA Tour. But using irons from different companies throughout an iron set is mostly unheard of.

Master craftsman Mike Taylor (now of Artisan Golf), who has worked with Langer for years on his irons, says that Langer sees each iron as a separate tool rather than part of a set. That’s why Langer has a TaylorMade RSi pitching wedge, Artisan Golf blade short irons (7-9 iron), an Adams Idea 6-iron, and Artisan Golf cavity-back 4- and 5-irons.

Langer truly individualizes each of his irons for the ultimate in precision, and it undeniably works for him. 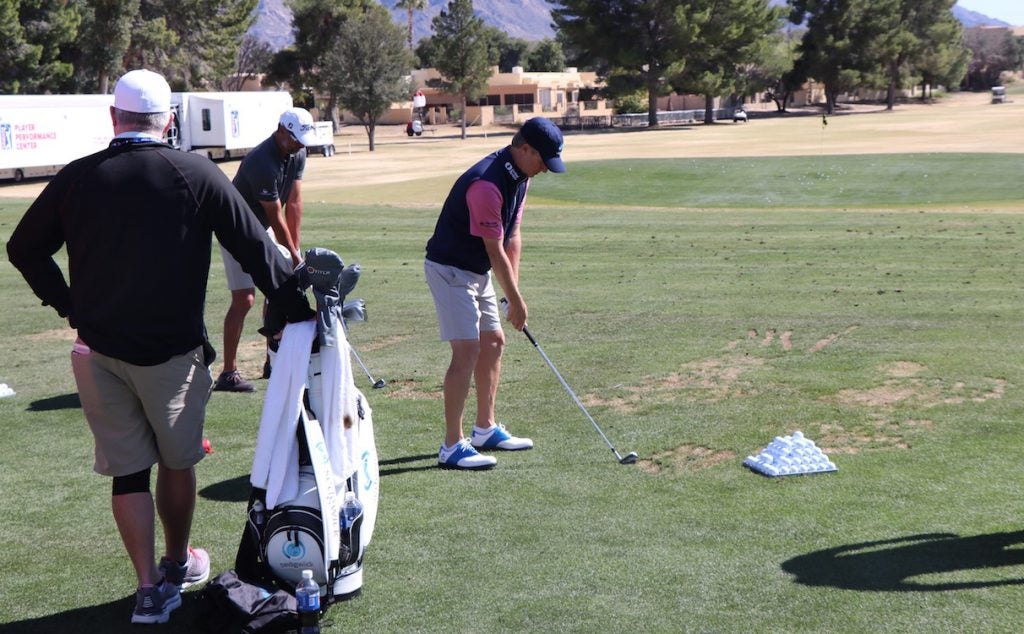 Walk on the range at a PGA Tour event and you’ll see nearly every single player with a portable Trackman setup behind them, tracking data on every shot they hit. That’s not the case on the Champions Tour. The only players I saw working with Trackman were Darren Clarke (who was using it to fit into a new fairway wood) and Rocco Mediate. Every other player was simply hitting range balls with no data feedback.

“Part of it is a lot of us grew up without it. We never had it when we were playing the regular Tour. Most of us probably use it at home. I use it at home, I just don’t bring it out here,” he said. “My swing is not going to change a whole lot, even though I’ll work on things. If the Trackman tells me my swing is in-to-out, I probably already know that based on what my golf ball is doing. So we already know a lot about our golf games at this point in our career. Or you just aim right or aim left. I mean, right?

“Do [PGA Tour players] have one because the next guy has one? Do they have one because that’s their crutch? They have their teams now, their posses … for us, it’s more about that our whole career we spent trying to figure it out on our own, or with our caddie or coach. I think we all use Trackman to fit clubs. Sometimes you have to use it to fit clubs, but to sit here and practice with one? It’s not going to happen with me and it’s not going to happen with very many of us.” 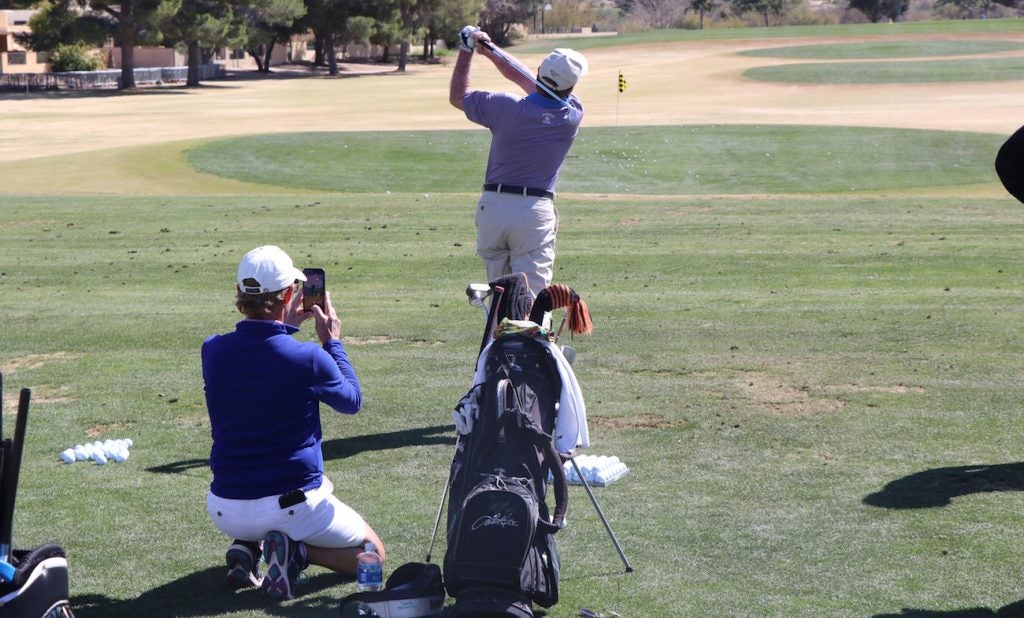 Maybe Champions Tour players aren’t terribly reliant on Trackman data feedback, but they aren’t against all forms of technology. Some players — like Tom Kite, pictured above — use cell phone video cameras to check up on their golf swings.

The answer is in the dirt, but sometimes it’s in the iPhone, too.

Wedges
Gear Talk with Tom Kite: The first 60-degree wedge ever, birth of the K-grind, thoughts on bifurcation 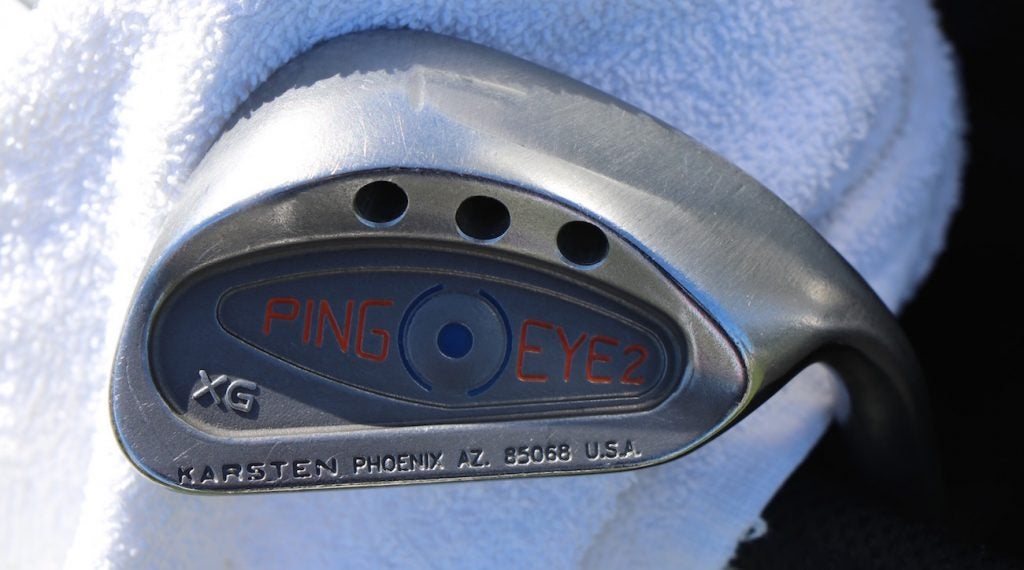 If you’re a fan of Ping Eye2 XG wedges, which were first released in October 2010, then you’d love looking into golf bags at a Champions Tour event. In just a 78-player field, there were several Ping Eye2 XG lob wedges, including the one in Chris DiMarco’s bag (pictured above).

When I asked Mark Calcavecchia why there was so much love for the Ping Eye2 XG lob wedges, he said, “They’re just so darn hard to get out of the bag.” Fair enough.

5. A rare look at Freddie’s setup 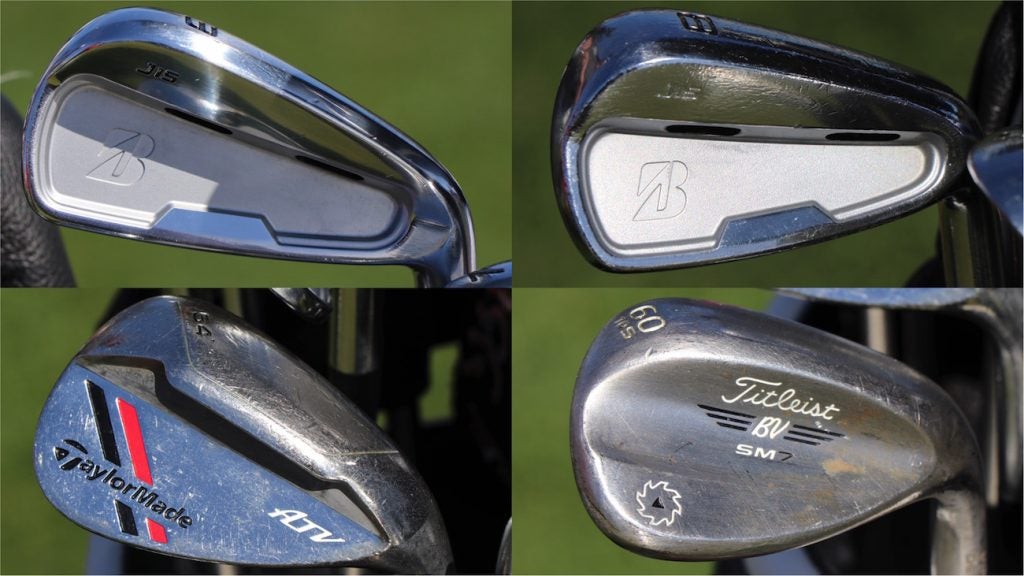 Fred Couples isn’t the biggest fan of people touching his golf clubs, which I can completely understand; you’d be surprised, he’s not the only one like that. That means that seeing up-close photos of his golf clubs is a rarity. Luckily, his caddie was nice enough to allow me to take photos of his irons and wedges as they sat in the golf bag. (I didn’t touch, I swear!) 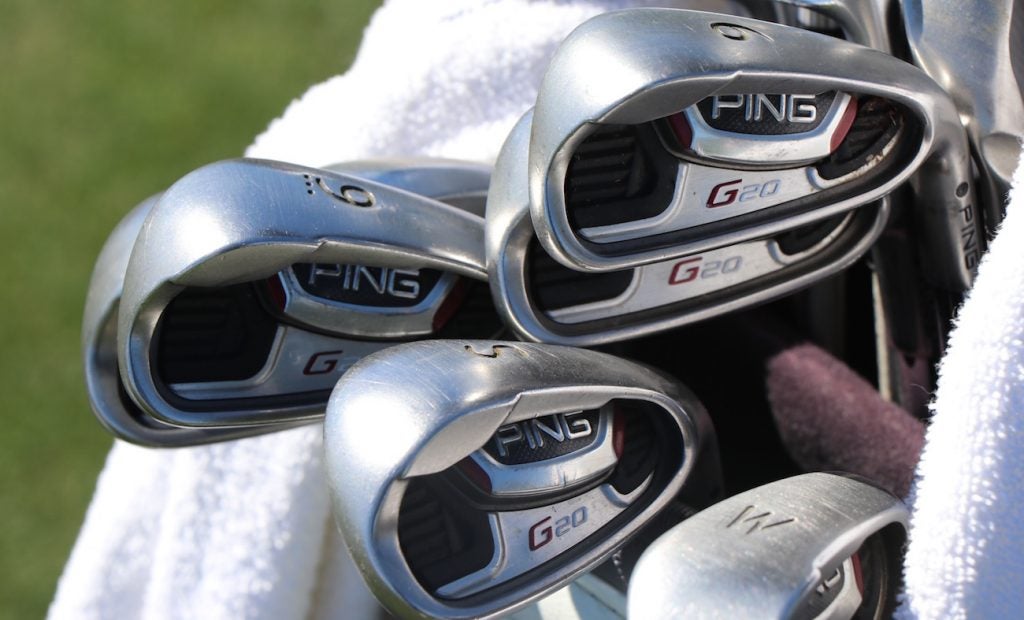 Not only were the Ping G20 irons released in 2011, but they’re designed for the game-improvement player. Some PGA Tour players may use game-improvement irons as a long-iron or driving-iron replacement, but a full set of them is rare. This category of iron is designed to help golfers gain distance and forgiveness, but they tend to sacrifice precision and workability.

The Ping G20 irons pictured above belong to Jesper Parnevik, but he was far from the only player in the field using a full set of game-improvement irons.

7. These guys can still rip it 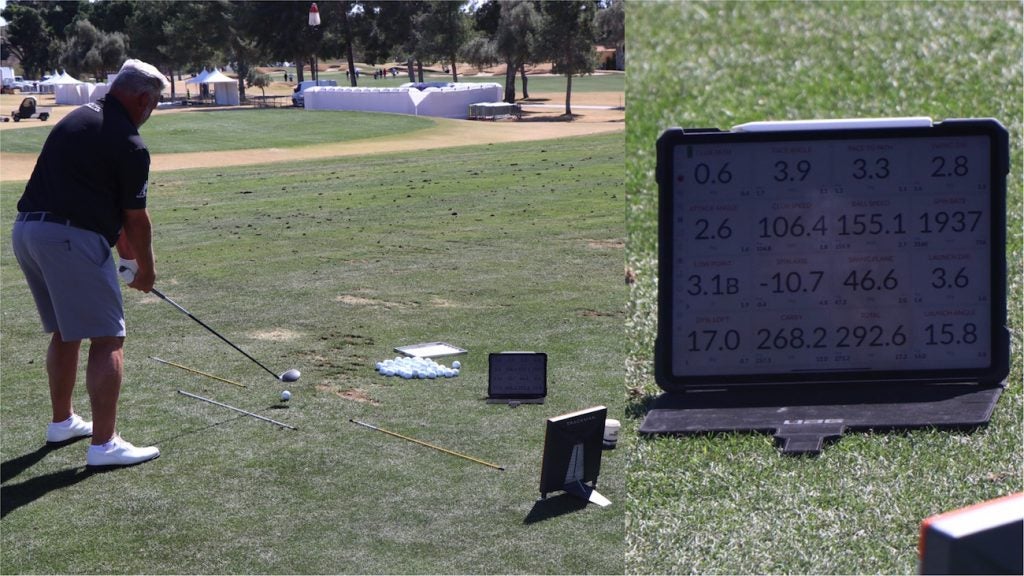 Remember when I mentioned that Darren Clarke was using Trackman to test out fairway woods? Well, I caught a glimpse at his numbers.