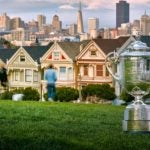 Here are five storylines to watch at TPC Harding Park this week.

The first and only major of the season is upon us, as the PGA Championship get underway on Monday at Harding Park, in a foggy corner of San Francisco. (The upcoming U.S. Open and Masters count toward 2020-21.) In a season unlike any other, the PGA looms larger than ever. Here are the five key questions heading into the week.

1. What will make this PGA Championship memorable?

Rory McIlroy recently said that since the PGA Tour restarted all of the tournaments have had a numbing sameness, owing to the lack of fans or sense of place as the players are sequestered inside the bubble. Harding Park will certainly make for an evocative television setting, with the fog wafting through the Cypress trees and glorious overheads of the City by the Bay. It is the course where the late Ken Venturi learned the game and he will be a palpable presence throughout the week as his former wingman in the booth, Jim Nantz, is well steeped in all of the lore.

Harding is the exactly the kind of place that needs to be celebrated, a course open to all that serves as a melting pot for a great city. This week a statue is being unveiled of Sandy Tatum, the former USGA president and patron saint of the Harding restoration. The course does not have a rich championship history — yet — but it has quite a story to tell. This PGA will be the most important part of that story, for Harding Park and for an interrupted golf season in need of clarity and definition

With no fans at Harding Park and a limited number of on-site reporters, the atmosphere will undoubtedly lack the usual electricity that surrounds the majors. But while the cascading Sunday roars will certainly be missed, the players still know what’s at stake in a year with no Open Championship, Ryder Cup or Players. By the weekend, the enormity of the opportunity will be unmistakable. The tension and emotion that comes with playing for history will be written across their faces, which figure to be as furrowed as an Oakmont bunker.

Harding, which sits across the bay from the Olympic Club, should also be a fun test. Expect tight fairways and lush rush that’ll force the bashers to have their driving games on point. This week will represent the first major conducted on the refurbished muni, though it has hosted the 2009 Presidents Cup and ’15 Match Play (won by Rory McIlroy, who needs the good vibes to break out of his funk).

It has to be Justin Thomas, who roars in off a rousing performance at the WGC in Memphis, where he stared down the Tour’s alpha male, Brooks Koepka, to become the third-youngest player to win 13 times on Tour, behind only Tiger and Big Jack. JT’s third win of the season propelled him to the top of the World Rankings. Adding to his good juju is the presence of caddie Jim (Bones) Mackay, who is filling in for Thomas’s regular looper Jimmy Johnson. The only missing piece in JT’s resume is regular contention at the majors; since his victory as the 2017 PGA Championship he has only one top 10. Bones’s wisdom and calming influence could be the secret sauce that has been missing.

Not many players can claim to have a strong professional track record at Harding, but Tiger can. In 2005, Woods edged John Daly in a playoff at the WGC-American Express. Four years later, he delivered a spotless 5-0-0 performance at the Presidents Cup at Harding. Can he keep the good mojo going? Woods has played only three tournaments this year: a solid tie for 9th at Torrey Pines, followed three weeks later by a 68th-place finish at Riviera. Then coronavirus hit, and Tiger took five months off to heal himself and his swing. He returned two weeks ago with an up-and-down performance at Memorial.

As Tiger himself has said, his chances these days — wherever he plays — often hinge on the weather. Warm conditions help keep his back loose. Cool air not so much. San Francisco will be in the 50s and the *high* all week is presently forecast at 67. Still, throughout his career Tiger has shown a singular ability to rise the occasion. At this point in Woods’s career, every major is a priceless opportunity. Expect him to grind out a strong finish, even if his game may not be quite sharp enough to get him to the winner’s circle.

5. Whither the two-time defending champ?

Sunday night in Memphis, Brooks Koepka sounded bullish: “I feel like my game’s right there. This is where we wanted to be, peaking for the PGA.” For sure, the tie for second was a big step forward for Koepka, who in his previous three starts had sandwiched missed cuts around a 62nd-place finish at Memorial that included a final-round 80. Now he heads to Harding Park, where the lush rough and slender fairways evoke the setup at Bethpage Black, which Koepka conquered at last year’s PGA. It would be on brand for Koepka to muddle through the entire 2019-20 season and then become the only the second player ever to win three consecutive PGA Championships. (Walter Hagen took four straight beginning in 1924.)

The biggest cause for concern is Koepka’s balky left knee; Koepka recently confided that ongoing pain and swelling have prevented him from so much as riding his bike regularly. Will his knee hold up for one more week? And the 72nd hole water ball in Memphis — was that fatigue, or compromised technique due to an inability to practice, or just a loose shot at the wrong time?

That’s a lot of questions for a player who over the last few years has had all the answers, but smart money never bets against Brooks in the majors.

Tony Finau hits incredible shot despite slipping during his swing

Bubba Watson a 'head case' as he plays U.S. Open under trying circumstances