3M Open live coverage: How to watch Round 1 on Thursday 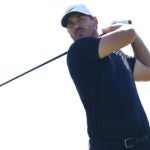 Brooks Koepka is one of the headliners for Thursday at the 2020 3M Open.

The 2020 3M Open begins Thursday, July 23, at TPC Twin Cities in Minnesota. Here’s everything you need to know to watch the first round.

One of the biggest names to look out for during Thursday’s opening round is four-time major champion Brooks Koepka. Koepka is unhappy with his recent play and is gunning for a return to form in the this week. Koepka’s grouping will headline the morning wave of tee times beginning at 8:20 a.m. ET which also features Keith Mitchell and Charles Howell III.

One of Koepka’s prime challengers on Thursday will be his good friend Dustin Johnson. DJ recently passed Koepka in the Official World Golf Ranking, and he’s coming off a victory just a few weeks ago at the Travelers Championship. He’ll watch Koepka play his first two shots on TPC Twin Cities’ 10th hole before following suit at 8:30 a.m. ET alongside Tony Finau and Tommy Fleetwood.

As for the afternoon wave in the first round, look no further than defending champion Matthew Wolff. Wolff won the 2019 3M Open as a 20-year-old sponsor’s exemption and he’ll take what he’s learned over the past year on Tour to attempt a Minnesota repeat. He begins Round 1 at 1:30 p.m. ET.

Here’s all the information you need to watch Thursday’s first round of the 2020 3M Open on TV or stream it online.

How to watch 3M Open Round 1 on TV

Golf Channel will televise the action during the first round of the 2020 3M Open. They will air four hours of coverage from 2:30-6:30 p.m. ET on Thursday.

How to stream 3M Open Round 1 online

With a cable TV subscription, watching the opening round of the 2020 3M Open online will be easy. You can catch the full first round Golf Channel broadcast on golfchannel.com. Fans can also view Featured Group coverage of the opening round all day Thursday via PGA Tour Live, though you will need an account to access the stream.

Refreshed and with a new outlook, Matt Wolff vaults into contention at the U.S. Open