3M Open live coverage: How to watch the final round Sunday in Minnesota 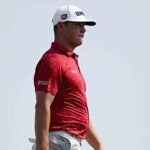 Gary Woodland is in the thick of contention on Sunday at the 3M Open.

Cameron Tringale is winless in PGA Tour strokeplay career, but he stands before what may be the best opportunity for a victory to date. Tringale holds a one-stroke lead heading into the final round on Sunday after a Saturday 66 — his third round in the 60s in as many days. The 33-year-old enters the final round at -12, one stroke ahead of the field at TPC Twin Cities.

Just behind Tringale sits Gary Woodland. Woodland is looking for his first win since his first major championship win at the 2019 U.S. Open at Pebble Beach. The former major champ enters Sunday at 11 under, one stroke back of the lead.

Further back, Rickie Fowler and Sung Kang need massive Sunday performances after a pair of unfortunate foibles on TPC Twin Cities’ 18th hole. Kang spoiled opening rounds of 65 and 71 with a Saturday 77 after a 12 (!!!) on the 18th on Saturday, while Fowler’s triple-bogey 8 on the same hole helped to derail his tournament chances. He’s tied for 29th — six strokes back at 6 under — heading into Sunday.

How to watch 3M Open Round 4 on TV

How to stream 3M Open Round 4 online

You can stream the final round Golf Channel TV coverage of the 2021 3M Open on golfchannel.com and CBS’s coverage on cbssports.com. Fans can also view Featured Group coverage of the third round all day Saturday via PGA Tour Live with a subscription.