2020 KPMG Women’s PGA Championship live coverage: How to watch the final round Sunday 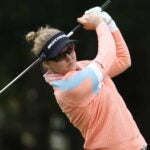 Brooke Henderson is near the top of the leaderboard at Aronimink following a third round 65.

The third major championship of the women’s golf season has already reached its conclusion. Here’s everything you need to know to watch the final round of the 2020 KPMG Women’s PGA Championship from historic Aronimink Golf Club in Newtown Square, Pa., including TV information.

Sei Young Kim is the lone woman atop the leaderboard through 54 holes at the KPMG Women’s PGA Championship. Kim is 7 under heading into the final round after shooting 65-67 to enter the weekend, and is seeking her first-ever major championship victory on Sunday. The 27-year-old has come close on the biggest stages before (with top 10 finishes in each of the majors and top 5 finishes in all but one of them), and a win on Sunday would mark a breakthrough win in a career that’s already seen 10 LGPA Tour victories.

But if Kim is to claim her first major, she’ll have to fend off a furious charge from several of the game’s best players. Inbee Park, Brooke Henderson and Anna Nordqvist (-5) are all tied for second heading into Sunday, two strokes back of Kim on the leaderboard.

Henderson stormed into contention on Saturday with a 65, a brilliant score given the vicious conditions at Aronimink. The 23-year-old Canadian phenom is no stranger to Sunday charges at the majors, having claimed the PGA in 2016 at Sahalee Country Club in a playoff after a final round 65.

Of course, the leaderboard might come across a bit confusingly to television viewers Sunday thanks to the unique broadcast strategy implemented for the tournament by the PGA of America. Tournament organizers elected to push forward the leaders’ tee times in order to show their entire round during the tournament’s broadcast window, meaning that the leaders will be in the clubhouse before many of the players chasing them.

How to watch KPMG Women’s PGA on TV

Viewers can catch all the action from Sunday at the KPMG Women’s PGA on the NBC family of networks. Coverage begins at 10:00 a.m. ET on Golf Channel, where it will remain until noon, when NBC takes over coverage until 2:00 p.m.

How to watch KPMG Women’s PGA Round 3 online, streaming

You can stream Golf Channel’s TV coverage of the 2020 KPMG Women’s PGA Championship online at golfchannel.com/watch.