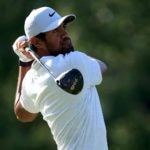 Tony Finau will have a morning start time on Friday after playing early in the first round of the 2020 3M Open.

The second round of the 2020 3M Open will be played Friday, July 24, at TPC Twin Cities in Minnesota. You can find full second round tee times at the bottom of this post.

Notable tee times for Round 2 of the 3M Open

Tony Finau continued his streak of consistent quality play in the first round of the 3M Open, and on Friday he will try to position himself for the lead. He played alongside World No. 4 Dustin Johnson in Round 1, but DJ withdrew after struggling to an opening-round 78. So after an early wake-up call on Thursday, Finau will get to sleep in before beginning the second round at 1:40 p.m. ET in a twosome with Tommy Fleetwood.

Four-time major champion Brooks Koepka is in a similar scenario, having teed off in the morning wave on Thursday. On Friday he has a 1:30 p.m. ET tee time and will once again be paired with Keith Mitchell and Charles Howell III.

Defending champion Matthew Wolff will get his second round started Friday morning at 8:20 a.m. ET, where he’ll try to position himself for a run at back-to-back 3M Open titles on the weekend. Wolff will play the second round with Max Homa and Branden Grace.

Check out the full second round tee times for the 3M Open below.