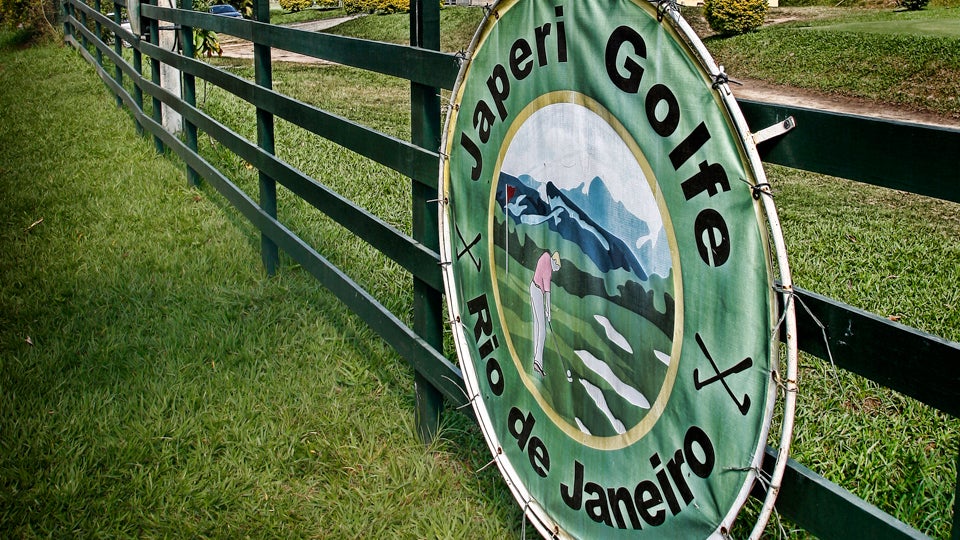 Jordan Spieth called it “the hardest test in all of golf.” Tiger Woods said a 10-handicap wouldn’t break 100. Lee Trevino described it as the only course in the country “where you could step out right now–right now–and play the U.S. Open.” You get the gist. Oakmont’s pretty tough. What makes it such a challenge? We’re glad you asked.

FRIGHT FROM THE START

First tee jitters? More like first tee terrors when you step up to the opener, a 482-yard par-4 with a fairway barely wider than Twiggy’s waist. It’s the number-one index on a penal layout and your introduction to the toughest three-hole starting stretch in championship golf. Up next is the short but persnickety par-4 second, where birdie becomes bogey in an eye-blink, followed by the testy par-4 third, with a turtleback green that looks about as big as a ladybug. “There’s no easing into your round here,” says seven-time Oakmont club champion Curt Coulter. “If you get through the first three at one-over, you’re feeling like a king.” Sam Snead once said, with only slight exaggeration, that he tried to mark his ball at Oakmont but his coin slid off the putting surface. Which green was he referring to? Take your pick. Some slope notoriously from front to back. Others tilt dramatically from left to right. Or right to left. Or back to front. They’re all about as slanted as a campaign speech. Oh, and they Stimp at Indy 500 speeds.

MORE: Everything You Need to Know About the Church Pews Bunker

Hell probably hath some fury worse than the Church Pews bunker, but we’d rather not imagine what that might be. Let’s focus instead on this 100-yard-long hazard, which guards the left side of the third and fourth holes. Lined with 12 grassy ridges that inspire its name, the Church Pews is not a place to seek forgiveness. There’s a bit of leeway if your ball lands in a narrow sandy aisle, but for the most part, you’re only prayer is to hack out sideways. Consider it punishment for your sins.

It’s often said that Oakmont is kept tournament ready year-round. But in the run-up to this championship, the course has undergone more work than Meg Ryan. “In the last two growing seasons, the putting greens at Oakmont Country Club have been double-drilled-and-filled four times, core aerated five times, deep verticut five times and deep-tine aerated four times,” Darin Bevard, the USGA’s director of championship agronomy wrote recently. “The aeration programs … are very aggressive and represent a significant disruption to playability that most golfers would not tolerate.” Oakmont members get it; true U.S. Open conditions come at a cost.

On many courses, par-fives are where the pros get well. But Oakmont isn’t big on convalescence. Its U.S. Open setup will feature just two par-5, and neither is a cure for whatever ails you. The first of the pair is the stout fourth hole. With the Church Pews on the left, it’s no pushover. But it’s also not as punishing as the 12th, which stretches 667 yards and is widely regarded as the toughest par-5 in the world. It’s unreachable for anyone but the biggest bombers. And even they will struggle from a sloping fairway that yields little but awkward lies. Laying up is no bargain either, over an eight-foot-deep cross bunker then on to a green that cants from front to back, running away faster than a skittish bride. You’ve heard about the Church Pews. But didya know about the ditches? Long gouges in the earth, two-to-four feet deep and overgrown with tangled fescue, they were dug by original course designer Henry C. Fownes largely for drainage and irrigation. But they do extra duty as dastardly hazards. They come into play on 12 holes, most prominently on numbers 9 and 18, where they lie in wait just off the fairway, swallowing even the slightest miss. Technically, there’s no water on Oakmont, but given how these ditches function, there might as well be.

Thomas Hobbes’ take on life applies nicely to a few par-4s at Oakmont, none more so than the drivable 313-yard 17th. Players often lick their chops here, only to lick their wounds when a tee shot intended for the green buries in the rough or in a minefield of bunkers, one of which is aptly known as Big Mouth. During the U.S. Open, a grandstand on the left side of the hole is bound to fill up quickly, the mood of the crowd a mix of dread and excitement. “You might see a 2, but you could just as easily see an 8,” Coulter says. “It’s a bit like the race track, where some people are just waiting to see a crash.”

Finding the short grass is tough enough when the conditions are firm and fast and the landing areas are as slim as sidewalks. Oakmont’s tilted fairways add to those troubles, sending apparently safe tee shots trundling tragically into the rough.

This championship course is like a champion prize fighter: all the body blows it deals you from the opening bell are really just a set up for the knockout punch. You see it coming from the tee box of the 15th; too bad you can’t also see the fairway. The drive is blind on this 499-yard par-4, where a second set of Church Pews comes into play. The par-3 16th offers little let up. It’s 231 yards to a reverse redan green. The 17th? See above. It’s quite the devil. Assuming you’re still standing, that leaves you with 18: a 484-yard par-4 with chip-out bunkers on both sides of the fairway and a long uphill approach to a green with an 18-inch depression running through it. Now you’re down on the canvas. The referee is counting. Or maybe he’s just counting up your strokes.

Church Pews. Big Mouth. Sahara. Sheesh! You know you’re dealing with serious bunkers when golfers bother to give them monikers But never mind those notorious Oakmont hazards. The course has more than 200 bunkers, many deep and steep-faced, most of them anonymous. That’s just as well. Otherwise, you’d only want to curse their names.

“A difficult golf course eliminates a lot of players,” Jack Nicklaus said, describing the Hector-vs. Achilles dynamic that dooms many a golfer before their rounds begins. It happens sometimes at a lot layouts, but pretty much all the time at Oakmont. “When I bring guests,” Curt Coulter says, “one of the hardest things is to get them to relax. They know the reputation, and they step up to the first tee as if they’re already defeated. They’re expecting to get beaten up.”