11 of the Most Expensive Teachers in Golf 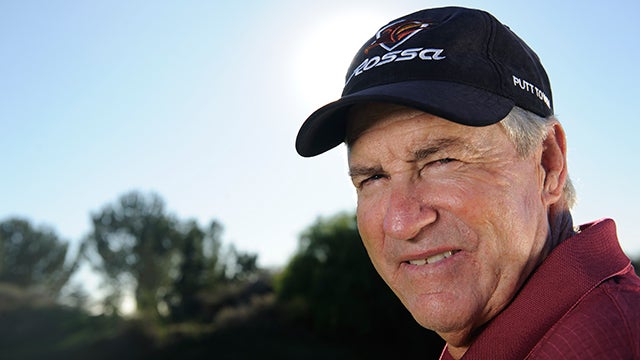 The best things in life are free. The best golf instruction isn’t. Here, in ascending order, is a look at 11 of the top-priced swing gurus in the game.

The author of 14 books and a member of both the PGA Hall of Fame and the World Golf Teachers’ Hall of Fame, the Florida-based Wiren has taught the game to more than a quarter of a million people in 32 countries. As part of a $400 an hour session, students receive course time, a practice plan, use of top training aids, and video of the session.

He’s not a real doctor, but he plays a swing doctor on TV. The host of The Golf Fix on Golf Channel also teaches at Trump Golf Links at Ferry Point in New York. Appointments are $500 an hour.

What began with Claude Harmon, who won the ’48 Masters and passed his clear-eyed teachings to his eldest, Claude “Butch” Harmon, has been passed to CH3, the third generation in a storied family line. He’s the director of instruction at the Butch Harmon Floridian.

A former All-American at the University of Houston and father of the X-factor theory of the golf swing, McLean has worked with Ben Crenshaw, Curtis Strange, Sergio Garcia and Gary Player, among other stars. At his golf academy at Trump National Doral, a session with him runs $750 an hour. A sensai of the flagstick, the two-time PGA champion is recognized today as one of the world’s most highly sought after putting instructors. He works out of Redlands Country Club in Redlands, Calif., where his rate is $600 an hour, with a two-hour minimum.

A GOLF Magazine Top 100 instructor and the former chief lieutenant for David Leadbetter, the Florida-based Spearman once described himself as the “world’s most expensive golf instructor.” His current rate for a first-time student is $1,400 for a two-hour session. He also offers a two-day experience for $10,000.

The six-time major winner Nick Faldo was once called Nick Fold-o. Then Leadbetter helped him rebuild his swing. The renowned instructor has also helped fine-tune the likes of Lydia Ko, Nick Price and Michelle Wie. Three hours with him at his academy at ChampionsGate in Orlando will run you $3,500.

A former Tour pro turned acclaimed instructor, Hardy devised the Plane Truth theory of the golf swing, which holds that players fall into one or two categories: they either swing naturally on one plane or two. That’s his truth. Here’s another: at his academy in Houston, his expertise comes at $5,000 a day.

Now that he’s finished with Charles Barkley and Ray Romano, maybe he can make you his next project. His time is yours for $15,000 a day at his academy in Lewisville, Texas.

Anyone can drive for show. The real money shots are from 100 yards and in. Just ask Phil Mickelson’s short game guru, who has buttered his bread nicely without relying heavily on the big dog. His day rate is $20,000 if you visit him in Austin. Or $30,000 if he comes to you.