3 ways to protect your yard from snow, according to golf-course superintendents 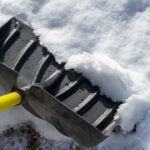 For golfers in cold climates, winter is slow season. It’s also snow season, and that keeps superintendents on their toes, alert to problems that can show themselves in dead or damaged turf come spring.

In the wake of the first big East Coast snowfall of 2020, GOLF.com asked three seasoned superintendents about the potential pitfalls of the white stuff, how they guard against them and what hot tips they have for homeowners who tend to their own wintry grounds.

When the snow is light and fluffy, superintendents don’t usually sweat it. It’s when the snow gets slushy that their blood runs cold. In those conditions, snow can freeze, then thaw, then freeze again, producing a layer of ice that can suffocate the grass beneath it.

“It isn’t so much the depth but the texture of the snow we’re looking at,” says Jim Byers, superintendent of Breckenridge Golf Club, in snowy Breckenridge, Colo., which sits at nearly 9,000 feet of elevation.

In March, as temperatures start to warm, Byers and his crew keep especially close watch on the snow pack on their greens, digging holes into it to inspect its texture.

“If the snow pack is like sugar, with big, light crystals, that’s a great insulator,” Byers says. “But when it gets real dense and slushy, that’s an issue, so we don’t let things get to that point.”

Before that happens, Byers and Co. hop onto skid-steer loader — little rigs that look like mini-tractors — and use snow blower attachments to rid the greens of snow. If there’s only a thin layer of slushy snow, they do the job on foot, with handheld snow blowers, so as not to damage the greens with heavy machines.

Takeaway for your yard:

Byers is realistic. He knows that most homeowners are never going to go to such elaborate lengths to rid their lawns of slushy snow. His practical advice is to take simple precautions by not shoveling or blowing snow from your driveway, stoop or walkway onto your yard.

“If you can, try to avoid letting heavy piles of snow sit for long periods on your grass,” Byers says. “Letting that happen is a pretty good way to smother the turf.”

Like the fabled “frozen tundra” of Lambeau Field, the greens at Oneida Golf and Country Club, in Green Bay, Wisc., get frosty in the winter. In years past, ice damage was an issue (that whole thawing-and-freezing thing we mentioned above), until superintendent Mark Storby solved the problem by covering the greens with impermeable tarps, which prevent moisture from building up on the turf.

Before long, though, Storby realized that covering the greens could be a problem in itself if he let too much snow accumulate on the tarps. The snow would create an insulating layer, warming up the soil and activating microbes that wouldn’t allow it to get the air it needs to breathe, leaving nothing for the grass to breathe. “So now, if we get four inches or more of snow, I take it off,” Storby says. The turf stays dry and ice-free, and it still has all the oxygen it needs.

Takeaway for your lawn:

The same companies that make these protective winter blankets also produce them for home use. Whether you need one is another matter. They’re most often employed in regions of the country that get very cold but which don’t experience excessive snowfall. Your best bet is to consult with a local lawn care expert to see if a winter cover is right for you.

3. Melt your troubles away

When ice forms on the greens at George Wright Golf Course, outside Boston, superintendent Len Curtin often does what his colleagues at other cold-climate courses do: He sprinkles the ice with black sand or black organic fertilizer, both of which absorb sunlight, which in turn helps melt the ice. But there’s another product Curtin also likes to use: sunflower seeds in their black shells.

Takeaway for your lawn:

The sunflower seed trick works great on lawns, too.

“Just be sure that the seeds are feed-grade and unsalted, Curtin says.

But, he cautions, you need sunlight to warm them up; they won’t be effective on cloudy days. Once the ice melts, you can simply rake them up or blow them away. Leave them on your lawn, and you might wind up with a surprise crop come spring.

One year, Curtin says, the seeds fell into the aerification holes in his greens, only to start sprouting over a warm weekend in April. “That was an awkward conversation with my greens chairman,” Curtin says. “But you mow them once, and they die.”

Copy Lydia Ko's plan for a 'healthier, happier' mindset on the golf course

How your morning latte can benefit your golf game, according to a nutrition expert