Mike Davis, Pete Bevacqua agree: There will never be another Tiger, but future is bright 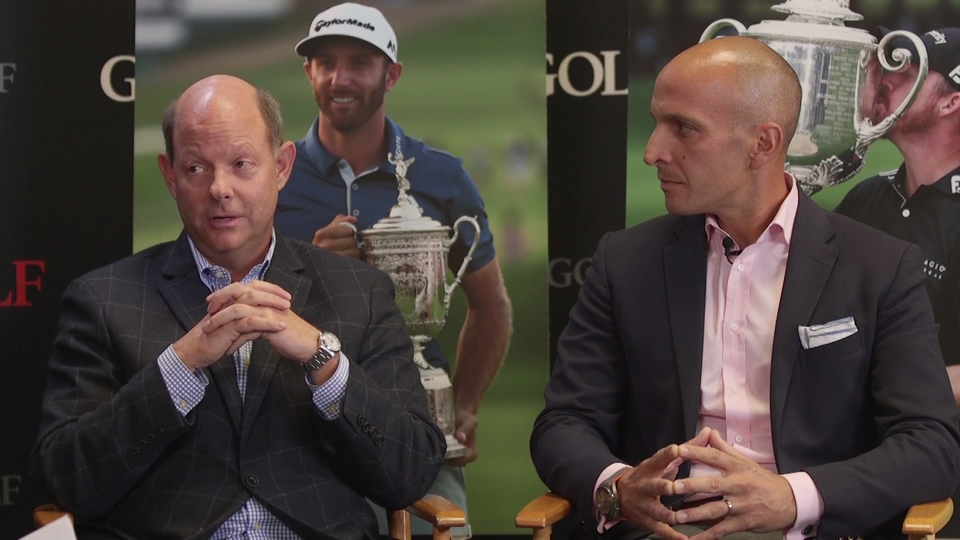 The USGA's Mike Davis and the PGA of America's Pete Bevacqua have high hopes for golf in 2017.

The state of golf remains a popular topic, thanks to the rise of young players, a plethora of proposed rules changes and, of course, the status of Tiger Woods.

GOLF.com’s Ryan Asselta sat down with USGA executive director Mike Davis and PGA of America CEO Pete Bevacqua to discuss these topics and more. The execs also describe their philosophies behind their major-championship venue set-ups.

“[The majors] are important but each test is different,” Davis said. “For us, we’re looking to make it the ultimate test in golf. That’s just the tradition of the U.S. Open.”

“More than ever, as the golf calendar has become busier and busier, the specialness of the majors stands out even more.”

And while golf gears up for the Masters, Tiger Woods also remains top of mind. Bevacqua said Woods is transcendent and will remain so, but Bevacqua remains optimistic that the sport can thrive with or without Woods as a competitive player.

“We have this incredibly authentic, energized, approachable group of superstars out there right now, so we have to build on that,” Bevacqua said. “We have to create an environment where we can create more Tiger Woods.”

You can watch the full interview below.