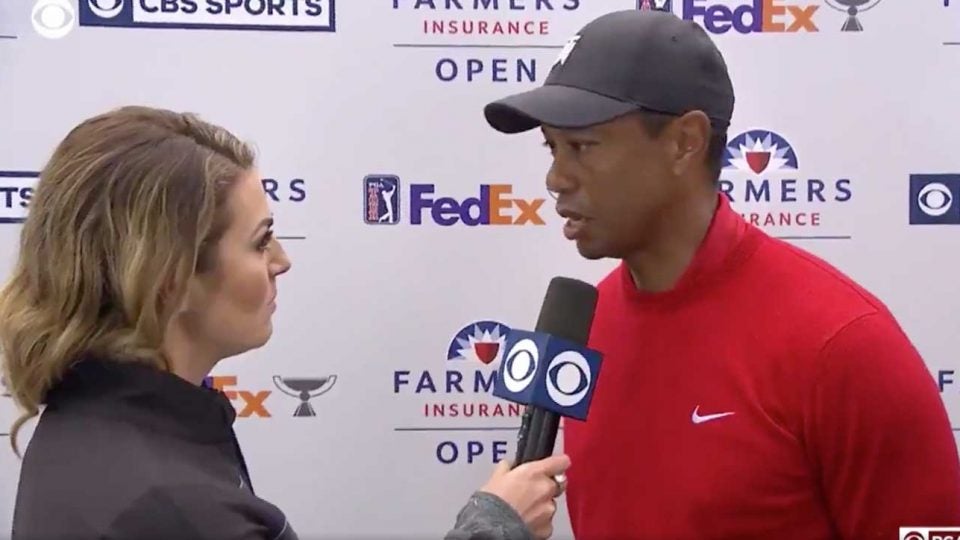 On the afternoon of Sunday, Jan. 26, sports fans everywhere struggled to process the breaking news of Kobe Bryant’s tragic death. For the CBS crew running the final-round broadcast of the Farmers Insurance Open, knowing how to address the issue was particularly difficult. On Wednesday, CBS reporter Amanda Balionis went on Fairway Rollin’, a Ringer podcast, and discussed how the crew reacted throughout the day.

“I mean I’d never experienced anything like this,” Balionis told host Joe House. “No one knew Kobe, but everyone felt like they knew Kobe. For me, I lost my dad unexpectedly less than two years ago and that was the first thing that I thought of, was ‘Oh man, these girls are now going to have to grow up without a father.’”

As CBS came on the air, Jim Nantz opened the broadcast by addressing the news.

“We are live at the Farmers Insurance Open just outside of San Diego, Calif., at Torrey Pines, and like you at home we are trying to get our minds around this news that has been now widely reported, the LA Times just confirming it that these reports are true,” Nantz said. “The sports world has lost one of the great superstars of our time. The reports, again, of a helicopter crash in the last couple of hours 140 miles north of where we are right now in Calabasas, Calif., with Kobe Bryant on board.”

Behind the scenes, Balionis was preparing for how golf’s biggest figure might react. Tiger Woods, friends with Bryant, was at the edge of contention at Torrey Pines.

“We had discussed it with PGA Tour Communications and I said ‘Listen, I don’t know how close they were. We have to obviously ask if he wants to talk, if he’s willing to talk. If he says no, that’s fine.’ To me, you’re never going to ambush someone about death. You’ve got to have some sort of human integrity left to know that’s not something you push somebody on.”

On the air, Dottie Pepper reported that Joe LaCava had been told of Bryant’s death. There was some speculation on air that Woods knew, too — announcer Nick Faldo wondered if he was distracted as he played his back nine — but Woods said that LaCava waited until after his round to break the news. The broadcast showed LaCava mention something to Woods as they they made their way from the 18th green to the scorer’s tent. “Excuse me?” Woods replied.

Then, with Balionis standing by, Woods had to decide whether or not to do a standup interview.

“PGA Tour Communications did a great job, they gave him a little bit of space and they took him aside, they talked to him by himself and they asked, ‘What do you want to do?’ And to his credit he chose to come talk to us and to talk to other media after that as well. It’s such a unique situation because I would think the only person that has that impact as an athlete other than Kobe Bryant was Tiger Woods,” Balionis said. “Not just someone who knew Kobe but who could understand what Kobe was to the world.”

On the broadcast, Nantz threw it to Balionis, who was standing by with Woods.

“Tiger, hearts are heavy all over the world today with the news of Kobe Bryant’s passing,” she said. “I know this is hard for you, he was a friend, but you wanted to say a couple words about him.” 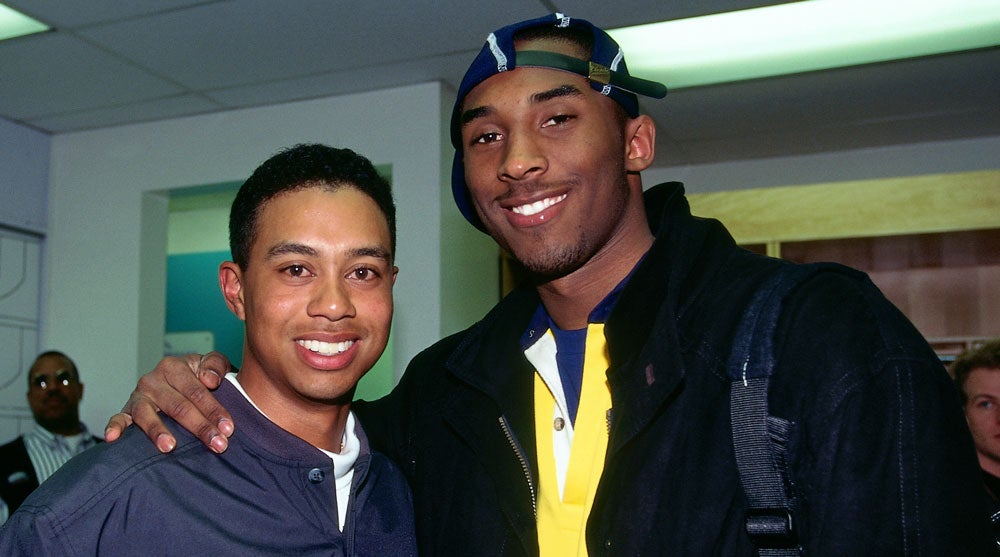 Woods responded with emotion, clearly still processing his reaction. “I didn’t really understand why people in the galleries were saying, ‘Do it for Mamba,’ but…now I understand,” he said. “It’s a shocker to everyone, I’m unbelievably sad.”

According to Balionis, Woods had agreed to come over and take two questions about Bryant, so she followed up. “You’ve been a Lakers fan your entire life; I know what Kobe meant to you. Joe LaCava says you guys talk about him a lot on the golf course. What will you remember most about him, as a player but more importantly as a man and father?”

“The fire,” Woods said. “He burned so competitively hot — and the desire to win. He brought it each and every night on both ends of the floor … Anytime he was in the game he’d take on their best player and he’d shut ‘em down for 48 minutes.”

Woods also referenced one moment that epitomized Bryant’s on-court grit. “When he ruptured his achilles and went to the foul line and made his shots. I mean that’s … that’s tough.”

Balionis said she’d thought carefully about how to ask the follow-up question. “However many questions they told me I could ask — and it was two — that one just kind of felt right to me. I just think of the loss I’ve suffered in my life, it’s kind of comforting when people ask you, ‘What are the good things you’re going to remember?’

“I thought that what he said was wonderful, I thought he only had a few minutes to process before he came and talked which is so incredibly hard to do and honestly, I respected him so much for doing that. If you’re Tiger you probably don’t want to talk about the loss of a friend, right? I don’t know, I think everyone handles grief differently and news like that differently. But I think he honestly did it for the people at home that were already grieving, and he could offer up some type of insight into the person that everybody was still trying to comprehend the loss of.”

You can watch the CBS interview below, and hear Balionis on Fairway Rollin’ here.

Tiger Woods reacts to the news of Kobe Bryant’s death shortly after finishing his round on Sunday. pic.twitter.com/veQV7WYgE8