Bubba Watson was a hit at the Solheim Cup at Inverness in September.

Growing up, all Bubba Watson wanted to do was become a pro golfer. He’d be the first to tell you so, just like he told the hosts on the TODAY show Tuesday morning. He just wanted to make the putt. What he didn’t understand, or couldn’t plan for, was what happens when you do make the putt. When you win the Masters in 2012, and then do it again in 2014.

As the saying goes, life comes as you fast.

Life came at Bubba pretty fast when he won those two Masters tournaments in the early 2010s, and in his new book Watson details the struggles he went through dealing with pressure that follows winning. Win once, you’ll be asked to win twice. Win twice, now how about a third time? As he has said a handful of times this year, the pressure to deliver for people became constant.

“All this stuff, fans, time and energy — all these things are leaving you,” Watson said. “You want to say yes to everything. But I’ve got to go home now. I’ve got all these things. I’ve got all these commitments. It becomes a whirlwind in your head. What to say no to and what to say yes to. Going to buy diapers at Wal-Mart, people are like, ‘Hey, can I take your picture?’ I’m like, ‘Well I just gotta get home to my kid. I gotta get home to my wife.’”

The book, titled Up and Down: Victories and Struggles in the Course of Life, promises to explain Watson’s battles with anxiety, his commitment to his family and how he became even more devoted religiously. He started working on it with Don Yaeger at the beginning of the pandemic, and now that it’s out he spent the morning speaking with the hosts on NBC about his journey to using his platform to speak out.

“We have a platform, athletes do,” he said. “And athletes are just the tipping point. When you think about doctors and nurses. Firemen, police officers, military. Teachers, they’re dealing with a lot of things. We’re just the stepping stone. Were just getting it out into the open. I think when more people realize what’s going on and trying to find a positive way to help it. I think people will realize then.

“There’s people dealing with stuff that might be saying something on social media, towards me or towards somebody else, but really they’re dealing with something. And they don’t want to talk about it.”

Watson’s co-author, Yaeger, has been a guiding force behind many books with pro athletes, helping them tell their story in full. He’s helped publish books with Joe Namath, John Wooden, John Smoltz, David Ross, Warrick Dunn, among others. You can check out the book below. 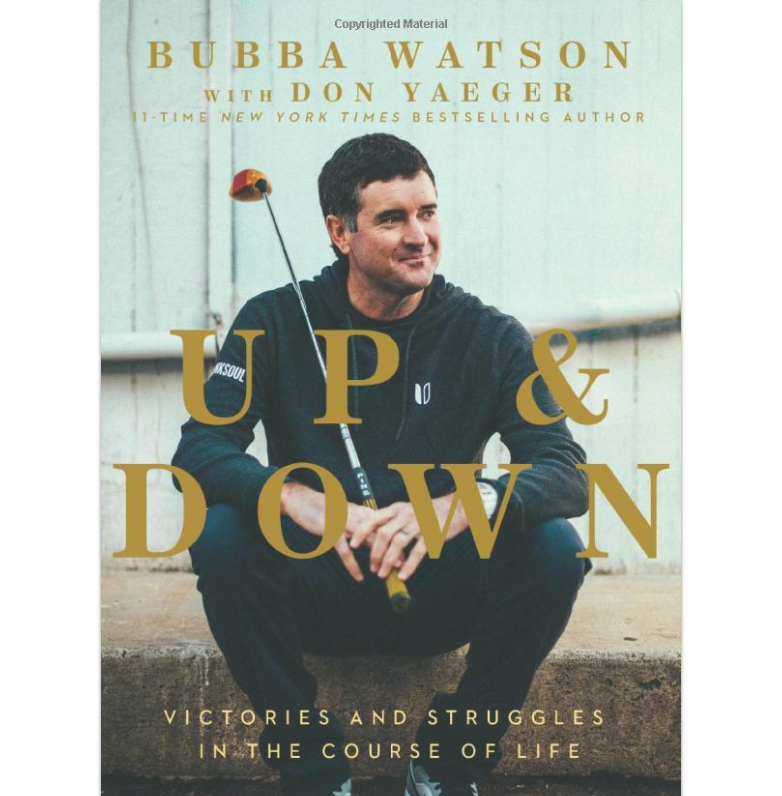 Up and Down: Victories and Struggles in the Course of Life

He was a small-town boy who burst onto the international golf scene with a dramatic hook shot from deep in the woods to win the Masters— before the game he loved almost killed him. Opening up about the toll that chasing and achieving his dream of being a champion golfer took on his mental health, Bubba Watson shares his powerful story of the breaking point that gave him clarity.
Buy Now