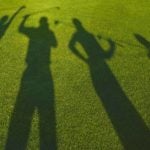 How do you pull off the ultimate buddies golf trip? Invite these people.

As a big fan and supporter of the yearly golf buddies trip, I felt compelled to put together this list. Because getting your group together for a buddies trip is a little like rounding out your little league lineup. You can’t have nine left fielders. You need a pitcher, catcher, shortstop, first baseman — you get the picture.

Every personality and role is important. Don’t have the main planner guy? Then the trip turns into chaos; good luck making your tee times. But if you nail every essential role, your trip will be a slam dunk. Here are the people you need to pull off the perfect trip.

This person is the engine. They usually do the legwork in setting up the trip, recruiting the golfers and planning the tee times, lodging and per-person payment breakdown. They’re often an Excel wiz and a master of the mass email.

The person with the hookups

This person works in close proximity to the planner, because their connections are crucial to the golfing agenda. After all, it’s his former boss who is now the head pro at the private course you’re trying to get your group on, but if that doesn’t work his college roommate’s sister could at least get your group half off — and a free lunch at the turn — at that sweet resort course. Usually works in finance.

The person who handles all games/bets

You know the scenario: Everyone has arrived at the rental house, family obligations were left behind hundreds of miles ago and things are escalating quickly near the fire pit. More importantly, your tee time is in 10 hours and nothing has been settled. He knows more on-course betting games than Michael Jordan and tracks down handicaps, draws teams, figures out the daily game and tells you what group you’re in and how many strokes you get. He’s in his element post-round, sitting at a table with four scorecards scattered about and effortlessly calculating the damage from the day. He, for some reason, loves the job everyone else hates.

The person who is always on time

Your tee time is only 40 minutes out, yet half the group is still sleeping, three more are down the road picking up essentials at the gas station and two more are on their phones pacing on the deck. That’s where this person — who was up at 6 and fully dressed with their shirt tucked in at 6:30 — comes in with their constant “We gotta go!” reminders and empty threats to just leave everyone else behind. It’s a miracle you made it to the course with enough time to hit a few range balls, and it’s this guy you can thank for that. Usually a parent.

It’s always good to have a stud player in your group. They’ll give your group some credibility off the 1st if you have a gallery and, more importantly, they usually know a thing or two about the golf swing. So if your game is in shambles after Day 1 of the trip, you at least have some on-call help to get back on track the next day.

The person who looks for every lost ball

Your career-best round has been seemingly derailed with that errant drive into the woods on 16, but fear not, Rick has ventured over from the other side of the fairway to help you find your gamer and save your round. Rick has an eagle eye, has lost just three golf balls in his life and will find yours in a less than three seconds. “Now, it looked like you went in past this tree, so it’s prob— ah! Titleist 3?”

The life of the party

This person has made some questionable life choices, but he makes everyone laugh, creates the trip’s most memorable moments and is the person most likely to fall asleep literally anywhere but their designated bed.

He doesn’t always play well and his swing is far from a work of art, but damn it he gets along with everyone. Stick him in any group and just know he’s going to keep things fun, fresh and positive. He’s also the least likely to question you about that quick scoop on that testy 3-footer. Often an elementary or middle school teacher.

The person who takes every photo imaginable

It’s a great course and your swing is in top form, which makes you and that watery background a perfect focal point for a great photo opp. With this person in your group, you’ll get all the cool pics to share on your social media accounts or hang on your wall — even if you didn’t ask for them.

The person who stays… hydrated

It’s scorching and the beverage cart hasn’t driven by in about seven holes, but luckily your grouped with this ethically challenged golfer, who filled their bag with more Bud Light cans than tees. He often also has something a touch stronger in that side pocket, ya know, in case you are running hot after that triple bogey. This person is almost as important as…

The person who has all the stuff

This golfer could survive in Yellowstone for a week with everything they keep in their golf bag. Prepared for every situation, they have everything you need — Advil, Tums, sun screen, extra ball markers and tees, a spare cigar and even a cigar cutter. They’ll also be on the one blasting the tunes via their portable speaker. Usually not the best golfer, but often the best golfer to be friends with.

The person who knows all the rules

This person settles every rules dispute, although they don’t intrude if it’s a laissez-faire outing. But if you want to play by the book and need a ruling on that sprinkler head, you’ll be happy to have your resident rules expert nearby.

The person who is easy money

They are an 8 handicap but never play like it, so their money is as good as yours, fellow 16 handicapper. Go get ’em. If you need to head home with some extra cash in your pocket, this guy is your target.

The person who pays for everything

Forgot your wallet in the cart? No worries. This person is either loaded or likes to act like it. Either way, we don’t question it.

The person who owns the grill

Best for last? Almost as important as your golf round is your post-round grub back at the rental place. And while half the group is lining up to shower, playing some sort of game outside or checking in back home, that food isn’t going to cook itself. But you are in luck, Chad has never found a grill he dislikes and fires it up before you can even think about taking off your spikes. With a drink in one hand and spatula in the other, he’s right at home flipping burgers and talking about where his round went wrong.

4 refreshing summer cocktails to carry along on the course