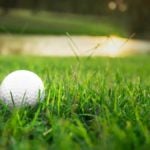 Does this look like a flier lie to you?

Have you ever been in the rough, chosen a club you think is perfect for the shot at hand, strike it purely, and watch it fly over the green. What you’ve just experienced is a flier, one of the most confusing lies in the game. So, we asked a couple GOLF Top 100 Teachers for their advice on how to spot — and play — a flier.

What causes a flier?

A flier is what happens when moisture or matter (grass/dirt) gets trapped between the clubface and the golf ball at impact, reducing the normal friction or grip between the two. This will often cause the golf ball to slide up the clubface. With the higher lofted clubs (8 iron and shorter) this sliding most often leads to higher launch and lower spin rates which cause the ball to fly significantly longer than it normally would.

With the longer clubs (6 iron and longer) typically the spin rate is reduced while the launch does not change significantly. This reduction in spin can often cause the ball to plummet from the sky, thus reducing normal carry distances.

Most commonly fliers will occur from shortish rough where small amounts of grass, dirt or moisture will get trapped between the club face and the ball. I have seen fliers occur from the fairway, but that is most often due to the playing surface being wet.

How should you play a flier?

A ‘flier’ is known as ‘jumper, heater or a rocket launcher’ because it does exactly that. It is a shot that flies farther than a normally struck shot. At impact the club will slide through the rough, but there will still be enough grass trapped between the clubface and the ball to reduce the spin. That’s why you should expect the ball to travel longer, and not stop as quickly when it finally does land. To counteract the ‘flier’ take less club, choke down and make a three-quarter swing.