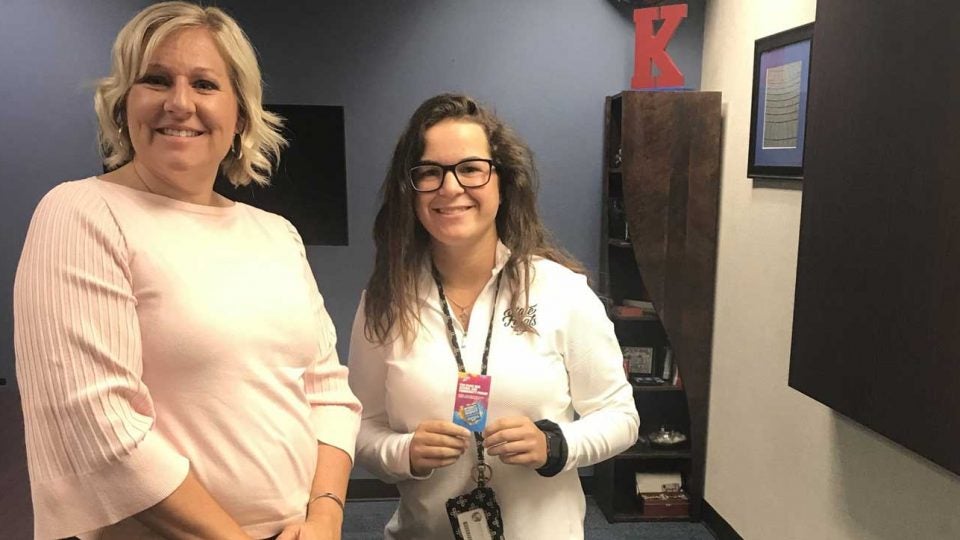 The Rules of Golf regularly cause frustration and heartache, no matter how often they’re changed and improved. This week, one of the most despised rules is in the spotlight again, and its latest victim is Indiana high school senior Kiah Parrott.

As Kyle Neddenriep of the Indianapolis Star reports, Parrott was disqualified from the Indiana High School Athletic Association girls state finals for signing an incorrect scorecard. But the details of the incident might help restore your faith in humanity, even if they also make you want to set your rules book on fire.

Parrott shot an impressive two-under 70 in the final round Saturday at Prairie View Golf Course in Carmel, Indiana. She was thrilled upon sinking the final putt because the score left her in a tie for sixth, meaning she would stand on the podium as a top-10 finisher at the state finals for the first time, a goal of hers throughout her high school career.

Sometime after her round, Parrott noticed her score was wrong on the official scoring app. When she checked her scorecard, which she had signed moments earlier, she was horrified to find that it was wrong. Even worse, she hadn’t scored herself incorrectly.

In fact, she had put the correct score of 5 for the par-4 10th hole. Her playing partner from another school, however, had incorrectly given her a 4. But since Parrott had already signed the scorecard, the rules called for her to be disqualified from the event. There was nothing she could do.

Actually, that’s not true. She could have kept quiet, let the score stand, and smiled on the podium with the other top finishers. As she told the Indianapolis Star, “There was no way anyone else would have known.”

But Parrott knew she had broken the rules, and despite the severe consequences, she knew what she had to do next: turn herself in.

“I knew I was going to be disqualified. But there was no other option. I don’t like it when other people cheat and if I didn’t tell anyone, I would have been cheating. It would have made me feel worse,” Parrott told the Star, adding, “It was my error.”

The fact that Parrott not only reported herself but ultimately blamed herself and not her playing partner (or the Rules of Golf, for that matter), is worthy of high praise, which she rightfully received from her proud parents and many others.

The saga recalls the most infamous rules incident in the history of pro golf. At the 1968 Masters, Roberto De Vicenzo missed out on a playoff after signing an incorrect scorecard. As in Parrott’s case, De Vicenzo didn’t write down the wrong score. Playing partner Tommy Aaron had given him a four instead of a three on the 17th hole. But De Vicenzo did endorse Aaron’s error with his signature, just as Parrott did, so his Masters dreams ended then and there.

Fortunately, there is a happy ending to Parrott’s story. Despite having her dream deferred at the state finals, she will play college golf for Ball State next year, and she still made the All-State team.

Even so, it’s another example of the rules negatively impacting a player through no mistake of her own. It’s well past time to make a change to the outdated incorrect scorecard rule, a change that all golfers could get behind.

⁦@parrott_kiah⁩ received her ⁦@IHSAA1⁩ sportsmanship pin for showing such character and integrity even if it cost her personally! This Kats is why legacymatters pic.twitter.com/jVNrgYcGHC