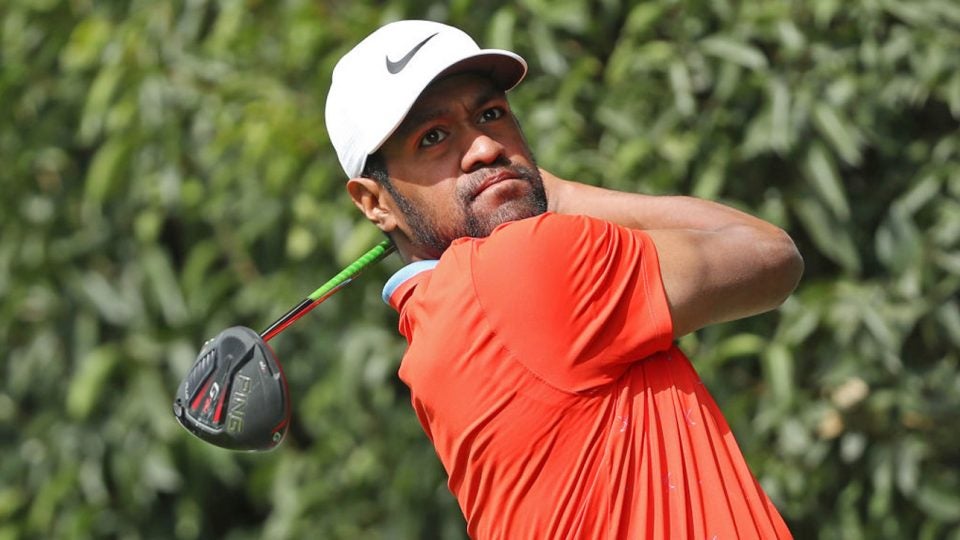 Tony Finau tied for 25th at the WGC-Mexico Championship this past weekend at Club de Golf Chapultepec in Mexico City, but the defining moment of the 29-year-old’s week came during his first 36 holes.

On Finau’s opening tee shot of the tournament on the par-4 1st hole on Thursday, his ball went high and left and landed about 10 feet up in a tree. The tree was located in the middle of a fenced area that had been labeled as a temporary immovable obstruction.

Finau called for an official in order to declare the ball unplayable. Rules official Gary Young of the PGA Tour responded and gave Finau a free drop outside of the fenced area after Finau was able to swat the ball out of the tree and onto the ground. However, the rules official did not tell Finau that it was a temporary immovable obstruction and, therefore, was allowed relief no matter where his ball landed.

Believing that he had taken a penalty drop, Finau signed for a 5 after actually making a 4. The next morning, Finau saw Young and thanked him for his help. When asked how the hole turned out, Finau told Young what he finished with and that he took a penalty drop. Young realized that he didn’t make it clear enough to Finau that he was not penalized on the opening hole of the tournament.

“I took it to the committee and they were torn,” Young said to the Associated Press. “I felt strongly there should be no penalty based on my miscommunication. We called the USGA, gave them all the details and they agreed it was a committee error.”

As a result, Finau’s first round score was lowered from 74 to 73.

“I told him it was my fault for not being more clear,” Young said. “Ultimately, it had the right ending.”